Adele’s romance with sports agent Rich Paul is recent news to fans, but a previous interview that Rich did indicates the pair may have been an item weeks before their NBA playoffs date night.

It all makes sense now! Adele‘s unexpected new romance with sports agent Rich Paul, 39, was apparently alluded to weeks before their outing at the NBA playoffs on July 17. In a May 31 interview with The New Yorker, Rich said that he was “hanging out” with a major pop star — and now it’s all but clear that he was talking about Adele, 33. “She was over yesterday,” Rich told the publication. He never referred to the “Hello” singer, or whomever he was talking about, by name.

Rich’s colleague, Adam Mendelsohn, was also present for the interview and pressed Rich — who is LeBron James‘ agent — on the reason that he was hanging out with this unnamed pop star. “Why not?” Rich responded. He also went on to clarify his relationship status. “I’m not dating, I’m single. Put that in the story,” Rich told the publication. 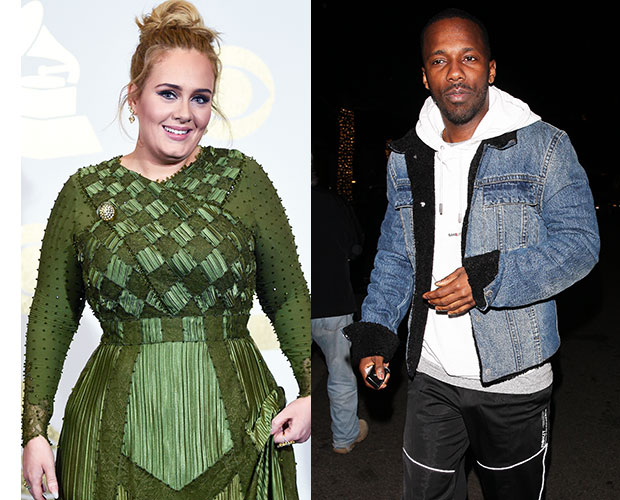 Adele and Rich drew eyeballs when they got cozy in the stands at the NBA Game 5 Finals between the Milwaukee Bucks and the Phoenix Suns last week. The pair seemed to be having a blast together, as they chatted and laughed while watching the on-court action. After the game, a source told E! News that the pair are dating. ESPN reporter Brian Windhorst also referred to Adele as Rich’s “girlfriend” on his The Lowe Post podcast. “This is the first time they’ve come out in public together, so this will be all over the tabloids, especially in England tomorrow,” Windhorst added.

Before Rich, Adele was most recently linked to record producer Skepta. The two were reported to be in a relationship in September 2019, but they seemingly split some time later. The “Rolling In The Deep” singer was previously married to Simon Konecki, whom she separated from in April 2019. Adele filed for divorce five months later, and it was finalized in March 2021. Since then, the exes have continued to co-parent son Angelo James, 8.