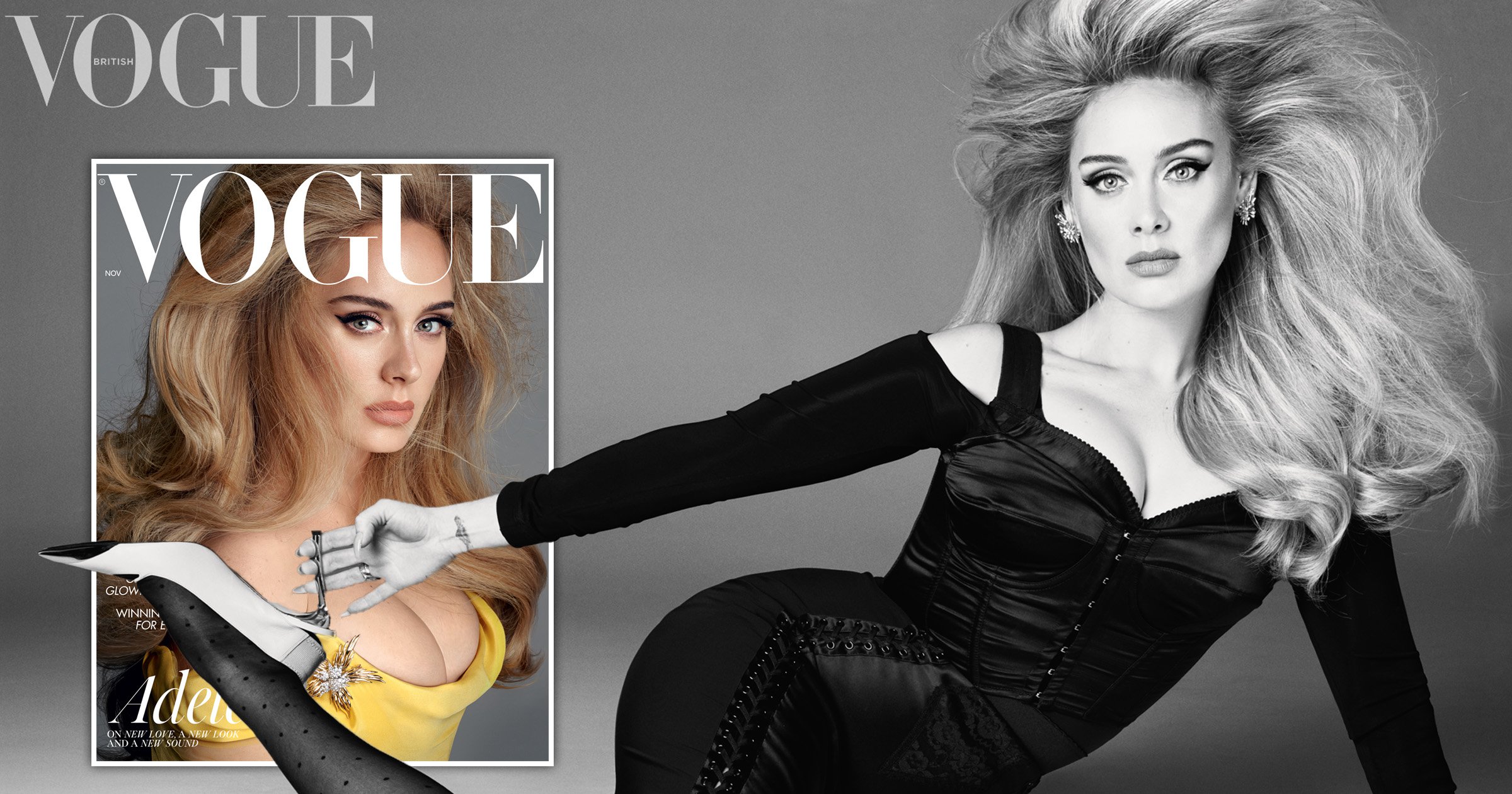 Adele has said that her recent weight loss was caused by anxiety and that she became ‘addicted’ to working out.

The 33-year-old singer, who is set to make her musical comeback next week with her new single Easy On Me, has made headlines with her slimmer figure and has shared pictures of her physique while living in the US.

Opening up about her journey to losing 100lbs as she starred on the cover for Vogue UK and US, Adele said: ‘It was because of my anxiety. Working out, I would just feel better.

‘It was never about losing weight, it was always about becoming strong and giving myself as much time every day without my phone.

‘I got quite addicted to it. I work out two or three times a day.’

Adele revealed that she lost the weight without going on a diet or fasting intermittently.

‘If anything I eat more than I used to because I work out so hard,’ she continued.

The British cover features a close-up of Adele wearing a yellow dress with a large silver brooch, while the US edition shows her wearing a long green gown.

In the interview with the magazine Adele also shared details behind her split from charity boss Simon Konecki in April 2019.

Their divorce was finalised in March this year, and they share custody of Angelo.

Discussing the end of her marriage, she said: ‘It just wasn’t right for me any more. I didn’t want to end up like a lot of other people I knew.

‘It wasn’t miserable miserable, but I would have been miserable had I not put myself first.

‘But, yeah, nothing bad happened or anything like that.’

She added there were people ‘everywhere trying to get stories and I just hated it’.

‘I was embarrassed. I was really embarrassed. That thing of not being able to make something work,’ she said.