Alec Baldwin: There are no words to convey my shock and sadness 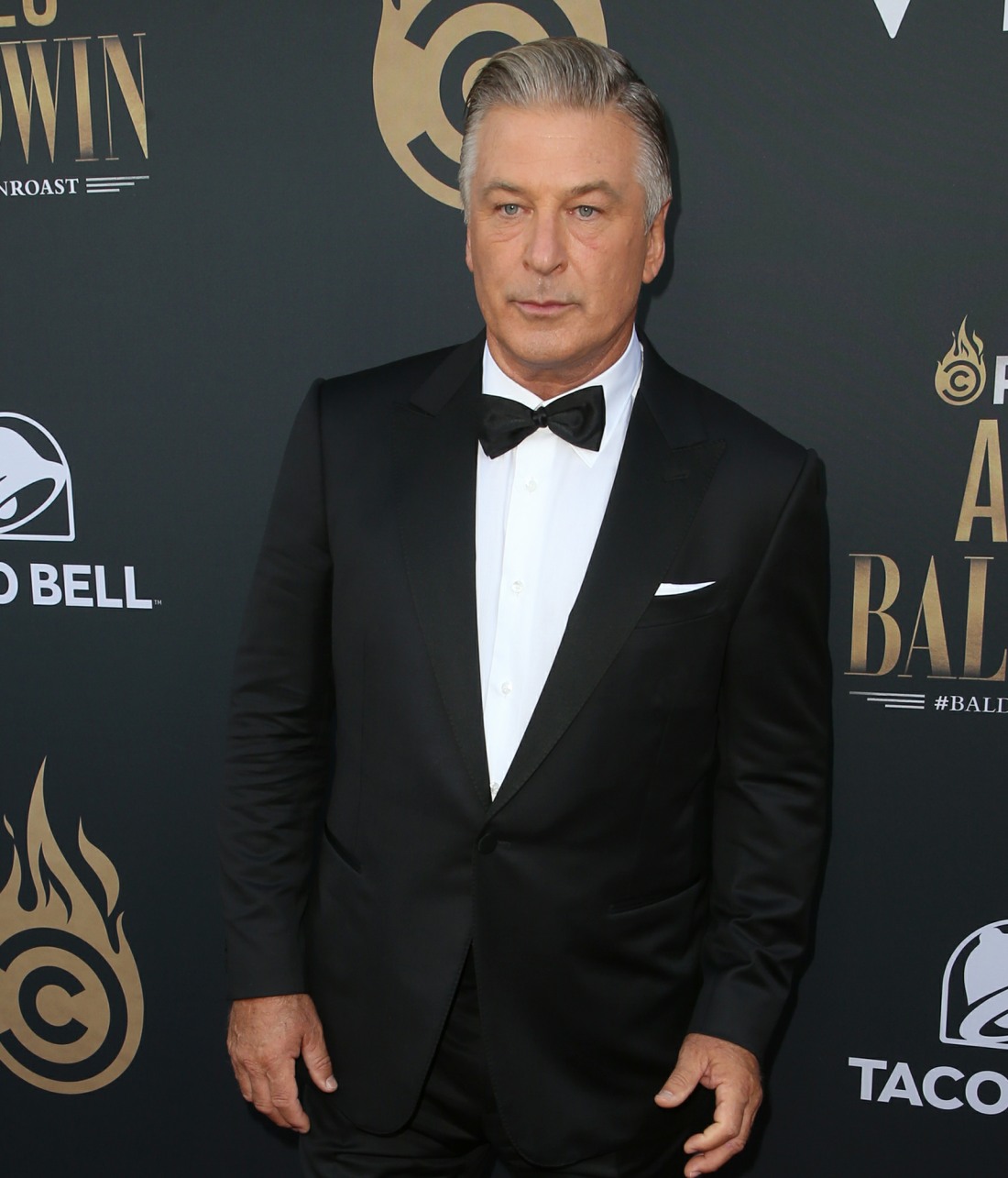 On Thursday, there was a terrible accident on the New Mexico set of Rust. Alec Baldwin was handling what he thought was an unloaded prop gun, and he shot and killed Halyna Hutchins, the cinematographer and director of photography on the film. He also shot and wounded Rust director Joel Souza, who is apparently in stable condition. Alec posted this statement on Twitter on Friday:

There are no words to convey my shock and sadness regarding the tragic accident that took the life of Halyna Hutchins, a wife, mother and deeply admired colleague of ours. I’m fully cooperating with the police investigation to address how this tragedy occurred and I am in touch with her husband, offering my support to him and his family. My heart is broken for her husband, their son, and all who knew and loved Halyna.

I wasn’t expecting him to issue a statement online, I kind of thought he would issue one through his publicist or something. Maybe he wanted to say it personally, in his own words. The Sun also reported that Hilaria Baldwin left Manhattan really quickly on Friday – she either took the kids to the Hamptons or she’s packed up to be with Alec in New Mexico.

As for what actually happened on the Rust set, I was very wary of the initial reports of who said what and when and whether Baldwin was at fault. The police investigation is ongoing, but trust the LA Times to have a comprehensive breakdown on what happened on the New Mexico set of an independent film. This LA Times piece is long, but here are the most relevant pieces of information:

Union workers walked off the job six hours before the shooting: About six hours before the shooting, a half-dozen camera crew workers walked off the set to protest working conditions. The camera operators and their assistants were frustrated by the conditions surrounding the low-budget film, including complaints about long hours, long commutes and waiting for their paychecks, according to three people familiar with the matter who were not authorized to comment.

There were already huge safety concerns: Safety protocols standard in the industry, including gun inspections, were not strictly followed on the “Rust” set near Santa Fe, the sources said. They said at least one of the camera operators complained last weekend to a production manager about gun safety on the set. Three crew members who were present at the Bonanza Creek Ranch set on Saturday said they were particularly concerned about two accidental prop gun discharges.

Accidental discharges: Baldwin’s stunt double accidentally fired two rounds Saturday after being told that the gun was “cold” — lingo for a weapon that doesn’t have any ammunition, including blanks — two crew members who witnessed the episode told the Los Angeles Times. “There should have been an investigation into what happened,” a crew member said. “There were no safety meetings. There was no assurance that it wouldn’t happen again. All they wanted to do was rush, rush, rush.” A colleague was so alarmed by the prop gun misfires that he sent a text message to the unit production manager. “We’ve now had 3 accidental discharges. This is super unsafe,” according to a copy of the message reviewed by The Times.

What happened on Thursday: The tragedy occurred Thursday afternoon during filming of a gunfight that began in a church that is part of the old Western town at the ranch. Baldwin’s character was supposed to back out of the church… Cinematographer Halyna Hutchins was huddled around a monitor lining up her next camera shot when she was accidentally killed by the prop gun fired by Baldwin. The actor was preparing to film a scene in which he pulls a gun out of a holster, according to a source close to the production. Crew members had already shouted “cold gun” on the set. The filmmaking team was lining up its camera angles and had yet to retreat to the video village, an on-set area where the crew gathers to watch filming from a distance via a monitor. Instead, the B-camera operator was on a dolly with a monitor, checking out the potential shots. Hutchins was also looking at the monitor from over the operator’s shoulder, as was the movie’s director, Joel Souza, who was crouching just behind her.

The second gun pull: Baldwin removed the gun from its holster once without incident, but the second time he did so, ammunition flew toward the trio around the monitor. The projectile whizzed by the camera operator but penetrated Hutchins near her shoulder, then continued through to Souza. Hutchins immediately fell to the ground as crew members applied pressure to her wound in an attempt to stop the bleeding.

There are reports now that the gun was loaded with live rounds: Late Friday, the Associated Press reported that Baldwin was handed a loaded weapon by an assistant director who indicated it was safe to use in the moments before the actor fired it, according to court records. The assistant director did not know the prop gun was loaded with live rounds, according to a search warrant filed in a Santa Fe County court.

The armorer: The person in charge of overseeing the gun props, known as the armorer, Hannah Gutierrez Reed, could not be reached for comment. The 24-year-old is the daughter of veteran armorer Thell Reed and had recently completed her first film as the head armorer for the movie “The Old Way,” with Clint Howard and Nicolas Cage.

[From The LA Times]

The Times says that Halyna Hutchins was there when her camera crew walked off earlier in the day, and she was really upset about it. It’s also clear that corners were being cut all over the place, and not just with the weaponry and union employees. It’s shocking that there were already several instances of gun discharges and mistakes/accidents with the weaponry, and it’s shocking that nothing was being done about it in real time, even if it was just “going to the armorer and telling her to do her job better.” It was an accident in the sense that no one was purposefully trying to hurt anyone. The negligence was arguably criminal though.