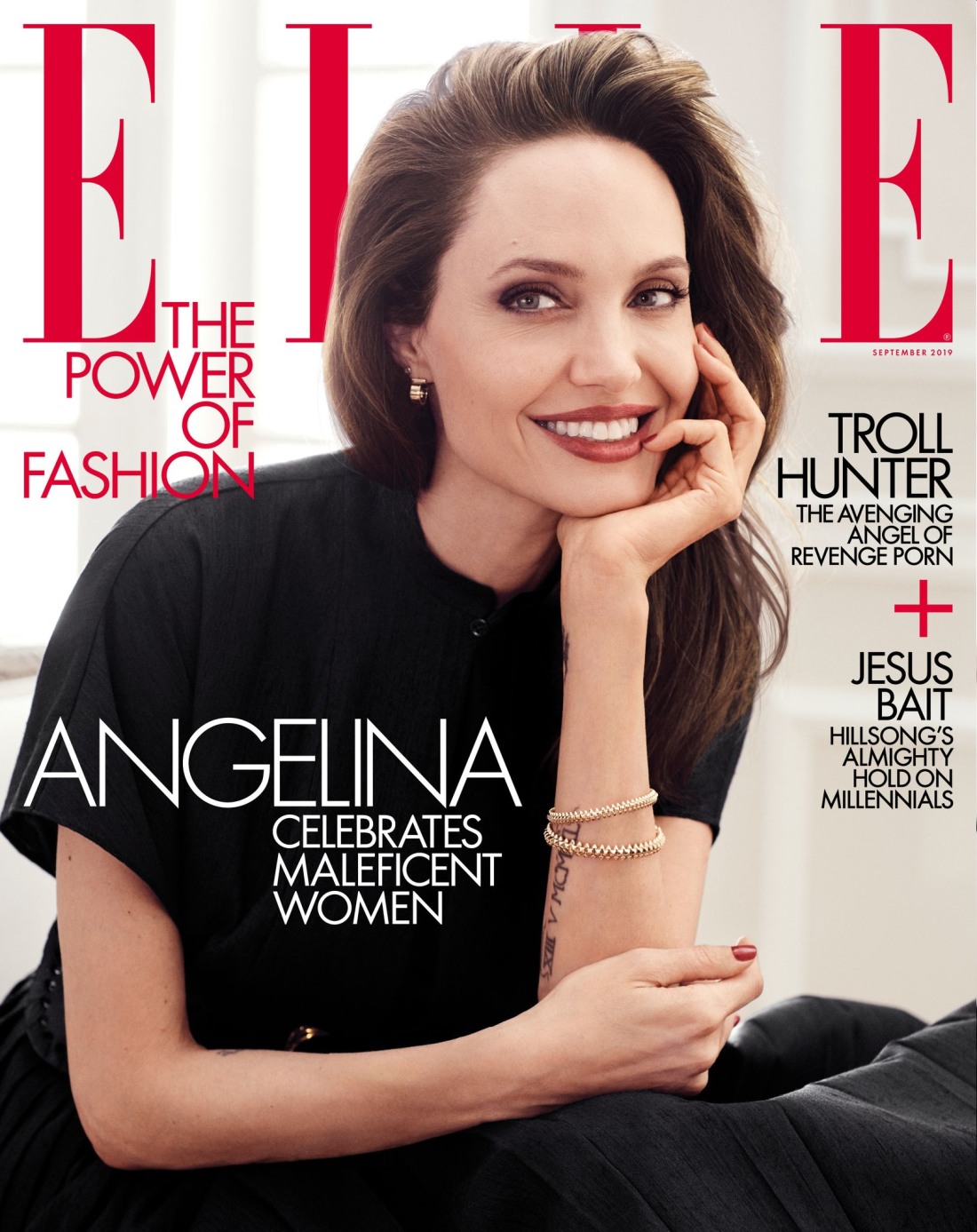 I could feel it coming: I felt like Angelina Jolie would do a big promotional push for Maleficent: Mistress of Evil. I thought we would end up with a Vogue cover, perhaps the October issue (which would line up well for the release of the film). But it looks like Angelina was interested in a September cover! Which is how she ended up on the September issue of Elle Magazine, and I believe all of the international editions of Elle. Would you like some joy today? Go and look through this amazing photoshoot – the biggest headline, to me, is that Angelina happily posed with her sons’ dogs: “a Rottweiler and a pit mix chosen as puppies from a shelter by her eldest sons.” They look like big, protective dogs, like they follow Angelina around because she feeds them people-food and likes to snuggle.

As for the interview… there’s not an interview. Angelina is going the “I’ll just write my own cover story, thanks” route and Elle allowed it. Angelina’s essay is very interesting though – it’s all about Maleficence and witchcraft and free-thinking women. You can read the full piece here. Here’s the first part:

What is it about the power of a woman free in mind and body that has been perceived as so dangerous throughout history? In the past, the Old Testament command “Thou shalt not suffer a witch to live” was taken literally. Tens of thousands of people were executed for maleficia, the alleged crime of evil deeds through magic, from the witch hunts in Europe to the Salem trials in America. The vast majority of these were women.

Like the ultimate conspiracy theory, anything you couldn’t explain—from a crop failing to a child falling ill—could be put down to the influence of a supposedly wicked woman. These were often destitute widows, eking out an existence as healers on the fringes of society, or younger women whose seductive powers could easily be attributed to magic. Women could be accused of witchcraft for having an independent sex life, for speaking their mind on politics or religion, or for dressing differently. Had I lived in earlier times, I could have been burnt at the stake many times over for simply being myself.

The accusation of witchcraft has been used to control and silence women in almost all societies and in every century. Joan of Arc was put to death by fire in fifteenth-century France for idolatry and heresy, including wearing men’s clothing. The initial charges against her included witchcraft, and she was accused of dancing near a fairy tree at night—textbook witchy behavior.

…It is startling how often women who run for political office in democratic countries are described as witches. Bring together a group of strong women, and before too long someone will brand them a “coven”—the technical term, to be clear, for a gathering of witches meeting at night to consort with the devil. Women who stand up for human rights in many countries are still labeled “deviant,” “bad mothers,” “difficult,” or “loose.”

Jolie ends her piece with this: “If that is wickedness, then the world needs more wicked women.” YES. Wicked women of the world unite. Replace wicked with “nasty” and that was the whole f–king 2016 election. The crux of the election was that so many voters thought Donald Trump was an unhinged bigot but at least he wasn’t a wicked/nasty woman. Anyway, I would have preferred an interview from Jolie but hey, if magazines are going to allow her to write her own cover stories, I’m not complaining. 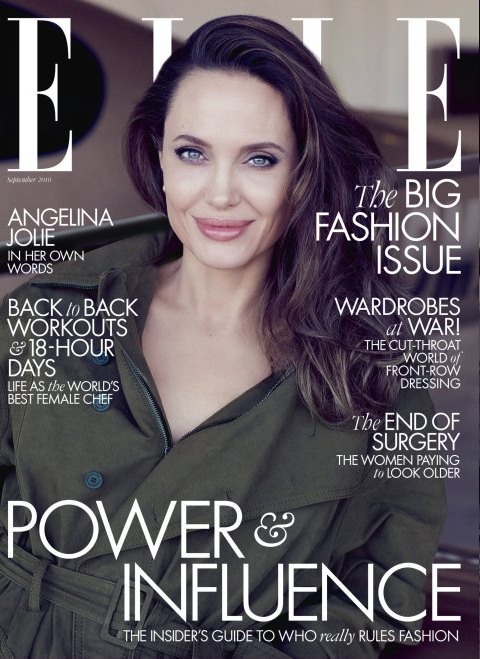