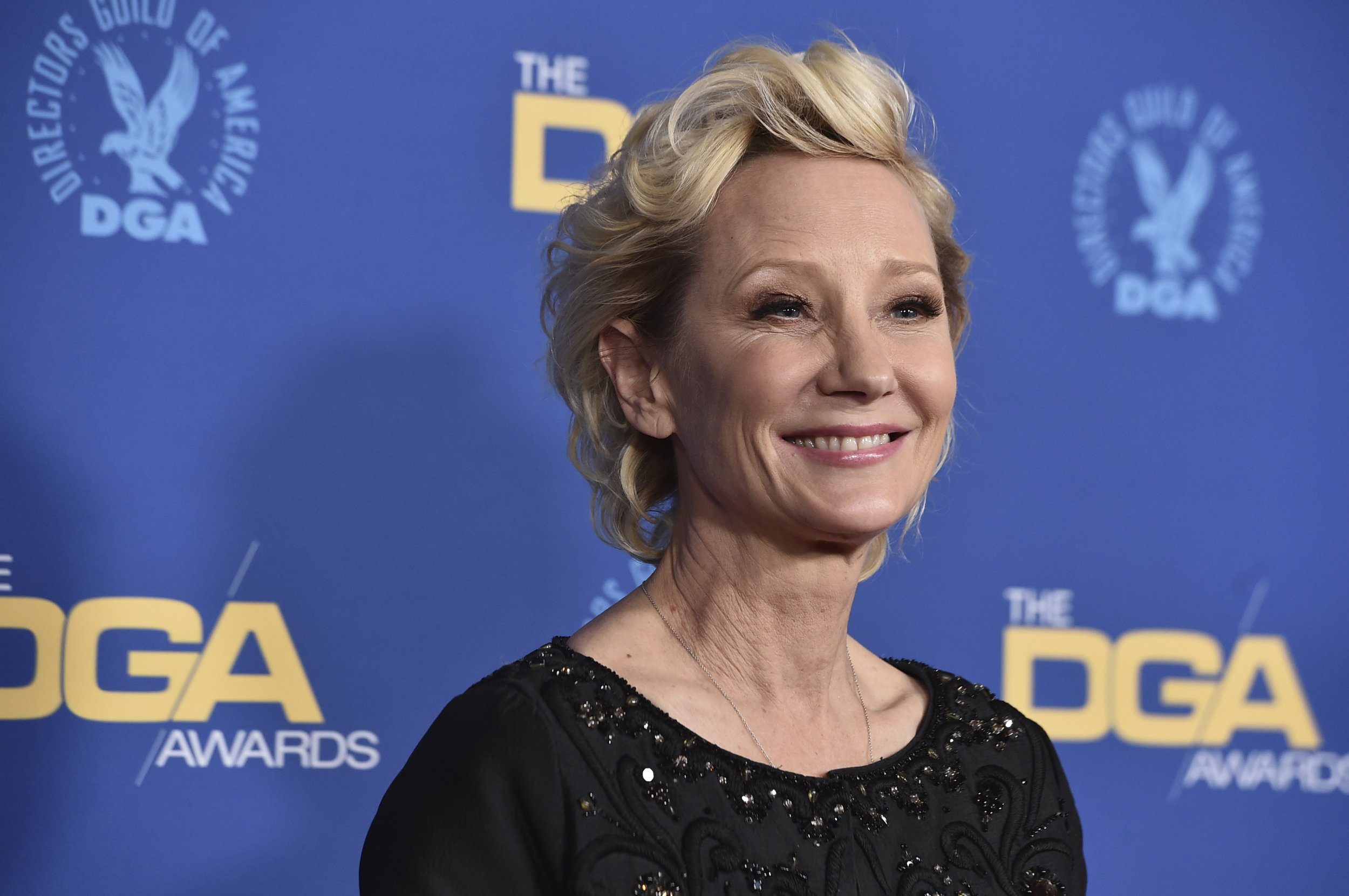 Anne Heche has been taken off life support three days after she was officially declared dead.

The Emmy-winning actress, who was 53, suffered severe injuries following a car crash in Los Angeles, California on August 5.

Her blue Mini Cooper crashed into a residential building and burst into flames, leaving Heche trapped inside for some time before 59 firefighters rushed to the scene to free her from the vehicle.

Heche was transported to a hospital where she ‘slipped’ into a coma while fighting severe lung damage, burns and a brain injury.

On Friday, she was declared ‘legally dead under California law’ after doctors found her to be brain dead.

However, she remained on a life support machine to preserve her organs until a recipient could be found, per her wishes.

It was confirmed on Sunday that a match for Heche’s organs had been identified.

A rep for the late actress said: ‘Anne Heche has been peacefully taken off life support.’

After the Another World actress was classified legally dead last week, her spokesperson said in a statement: ‘We have lost a bright light, a kind and most joyful soul, a loving mother, and a loyal friend.

‘Anne will be deeply missed but she lives on through her beautiful sons, her iconic body of work, and her passionate advocacy.

‘Her bravery for always standing in her truth, spreading her message of love and acceptance, will continue to have a lasting impact.’

One of Heche’s sons, Homer Laffoon, 19, also shared brief words about their mother’s death, saying according to Reuters: ‘My brother Atlas and I lost our Mum.’

Hours before Heche’s life support was turned off, the Los Angeles Police Department (LAPD) announced they had concluded their investigation into the crash.

The incident was being investigated as a felony driving-under-the-influence (DUI) traffic collision after preliminary blood tests revealed the presence of drugs in Heche’s system. However, additional testing was required to eliminate substances administered in the hospital.

‘As of today, there will be no further investigative efforts made in this case,’ an LAPD spokesperson said.

‘Any information or records that have been requested prior to this turn of events will still be collected as they arrive as a matter of formalities and included in the overall case. When a person suspected of a crime expires, we do not present for filing consideration.’

The woman whose house was destroyed in the crash recently paid tribute to Heche.

Lynne Mishele was at home when Heche’s car ploughed into her home, but was fortunately unharmed.

Reacting to her death over the weekend, Mishele said: ‘The news of Anne Heche passing is devastating. Her family and her friends and her children especially really have suffered a great loss and my heart goes out for them.

‘This entire situation is tragic and there really are just no words. I am sending love to everyone involved.’

Hech’s acting career began with her portraying twins Vicky Hudson and Marley Love on the US soap opera Another World from 1985 to 1991, earning her a Daytime Emmy Award.

She rose to even wider prominence in the late 1990s starring in films such as Donnie Brasco alongside Johnny Depp and Al Pacino, the classic slasher movie I Know What You Did Last Summer and action comedy film Six Days, Seven Nights among others.

Many will also remember Heche taking on the iconic role of Marion Crane in the 1998 remake of Psycho.

Reacting to the death of her ex-girlfriend, DeGeneres said: ‘This is a sad day. I’m sending Anne’s children, family and friends all of my love.’