It took a lot of effort for Edward Norton to obtain the physique that he had for American History X. To pack on muscle for the role, the actor went through a rigorous workout to transform into the imposing white supremacist. At one point, he felt so good about his results that he couldn’t help but open up to Arnold Schwarzenegger about his process.

However, Schwarzenegger brought him back down to Earth by revealing he was less than impressed with the actor’s training methods.

How Edward Norton got in shape for ‘American History X’ 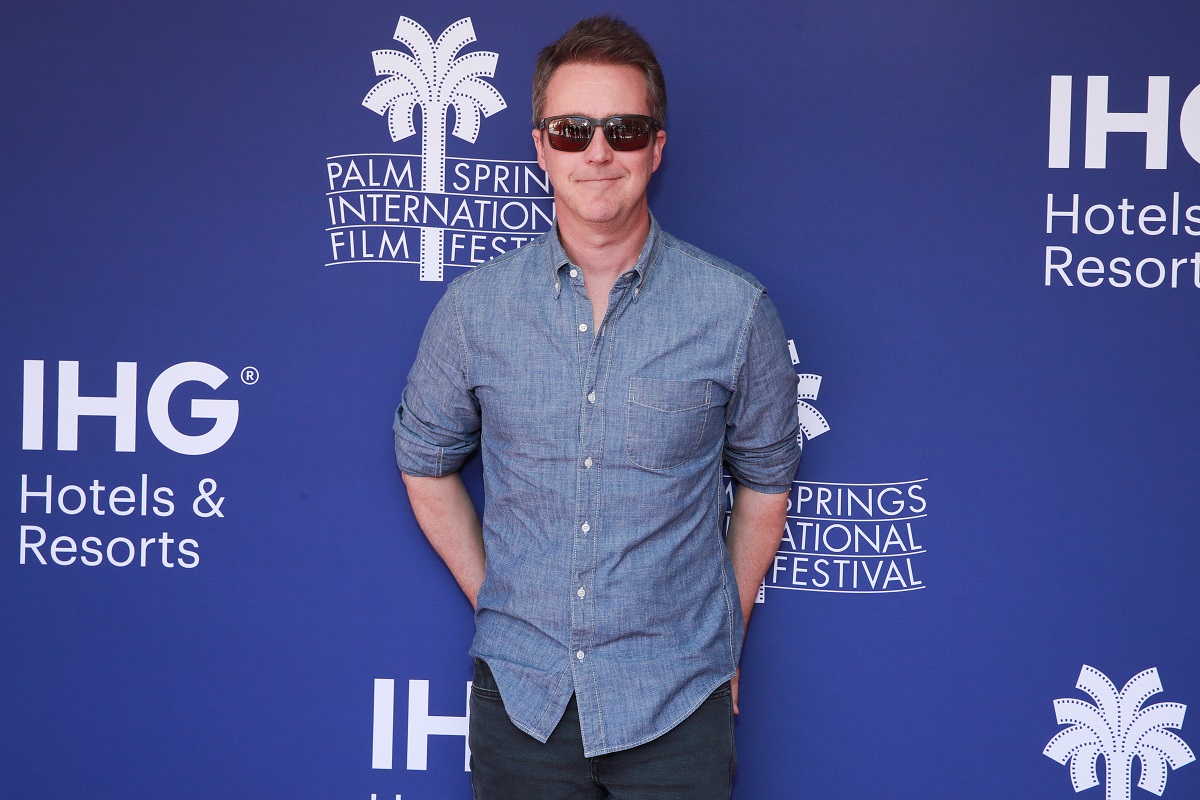 Fight Club star Edward Norton went through an intense training regimen to achieve his American History X build. Men’s Journal once put Norton on the list of inspiring fitness transformations in Hollywood, detailing Norton’s process for bulking. The publication reported that Norton put on 30 pounds of muscle for the role because he wanted to look intimidating as a white supremacist.

“I knew this guy was going to have to be really physically fearsome and defined by his rage,” Norton said. “Arming himself against his own emotional pain, and this body he’s created is the physical manifestation of that.”

To mold his physique, Norton switched up his diet by consuming an abundance of calories. The actor ate five meals a day, supplementing his meals with protein shakes. Norton also did squats and presses without rests, which stimulated muscle growth while burning calories.

However, The Terminator himself, Arnold Schwarzenegger, wasn’t impressed by Norton’s workout when he first started. In fact, Schwarzenegger didn’t think that he was pushing his body far enough.

According to Men’s Health, Edward Norton revealed to Jimmy Kimmel that Schwarzenegger didn’t think Norton was truly challenging himself with his exercises.

“I was starting to train for American History X, and Arnold said ‘you look good, you look trim,’” The Illusionist star revealed. “And I said, ‘Well, I’m actually going to put on some size, so maybe you could give me some advice.’ And he asked me to break down my workouts. And I was pretty proud, I was slinging a lot of steel back then!’”

In an interview on the Joe Rogan podcast, Norton gave fans insight as to why he chose to do American History X. Norton revealed that he met Francis Ford Coppola because he wanted to do The Rainmaker, which ultimately went on to star Matt Damon instead. Although Norton didn’t get the role, he revealed that Coppola gave Norton some much-needed advice. That advice pushed Norton to do American History X.

Although Norton still wanted to do The Rainmaker, Coppola insisted that he stuck with American History X.

“He said, ‘If you do that now, they’ll never know what to do with you. They’ll never be able to put you in a box,’” Norton recalled.