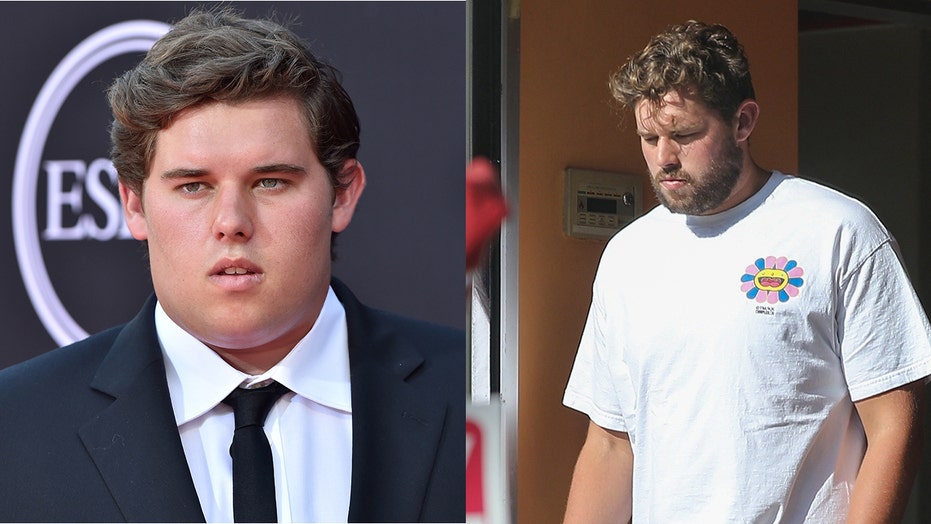 Photographers captured Christopher Schwarzenegger stepping out for lunch on July 7.

The 23-year-old paired a white t-shirt with green shorts, which showed off his slimmed-down figure, during his outing to California Pita & Grill in Beverly Hills, Calif.

Schwarzenegger’s weight loss first made headlines back in July of 2020 when he was once again spotted by the paparazzi.

Schwarzenegger also seems to have changed up his hairstyle and added some facial hair to his look. 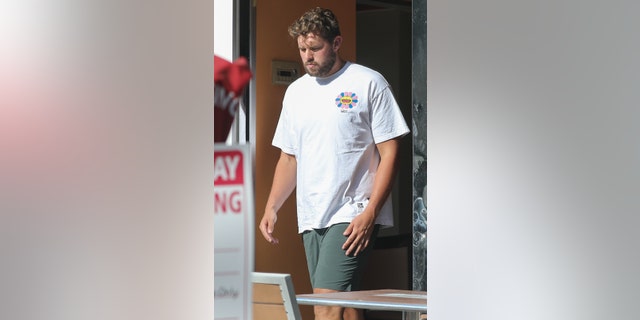 A much thinner-looking Christopher Schwarzenegger grabs a healthy bite to eat at California Pita &amp; Grill in Beverly Hills.
(BACKGRID)

Schwarzenegger, one of Arnold Schwarzenegger’s children, has largely stayed out of the spotlight throughout his life. 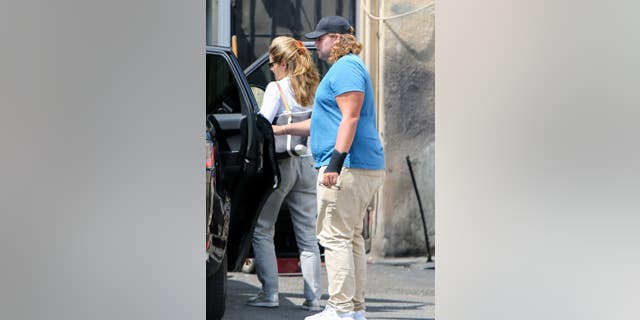 Although Christopher isn’t spotted out and about often, his weight loss has been noticeable throughout the years.

Meanwhile, Arnold’s love child, Joseph Baena, has been sharing his fitness journey on social media. Baena recently switched his career from bodybuilding to real estate, according to his Instagram.

The “Terminator” star has been open about his relationship with his children and previously revealed his kids had “hated” his move from the Hollywood industry to politics.

“First of all, I think it is very important to let everyone know how much you kids hated my job,” the former governor of California told his daughter Katherine during her Instagram show on June 19.

“It was one of those kind of odd things where I just thought that: ‘Oh, my kids will be so proud of me being governor now.’ And all this stuff, but I don’t think that you guys really kind of connected with that,” he continued. “I think you were so used to what we were doing when I was on a movie set.”