Ashley Olsen is enjoying quality time with her boyfriend, Louis Eisner. The 35-year-old actress was photographed out on a date night with the painter in New York City on Saturday.

Olsen looked chic in a black ensemble, which she paired with black sandals and a matching black bag. She held onto Eisner’s arm outside French eatery Balthazar, where they met up with some friends. Eisner, 32, looked casual in a white shirt and jeans, and appeared to be taking a phone call after their meal. 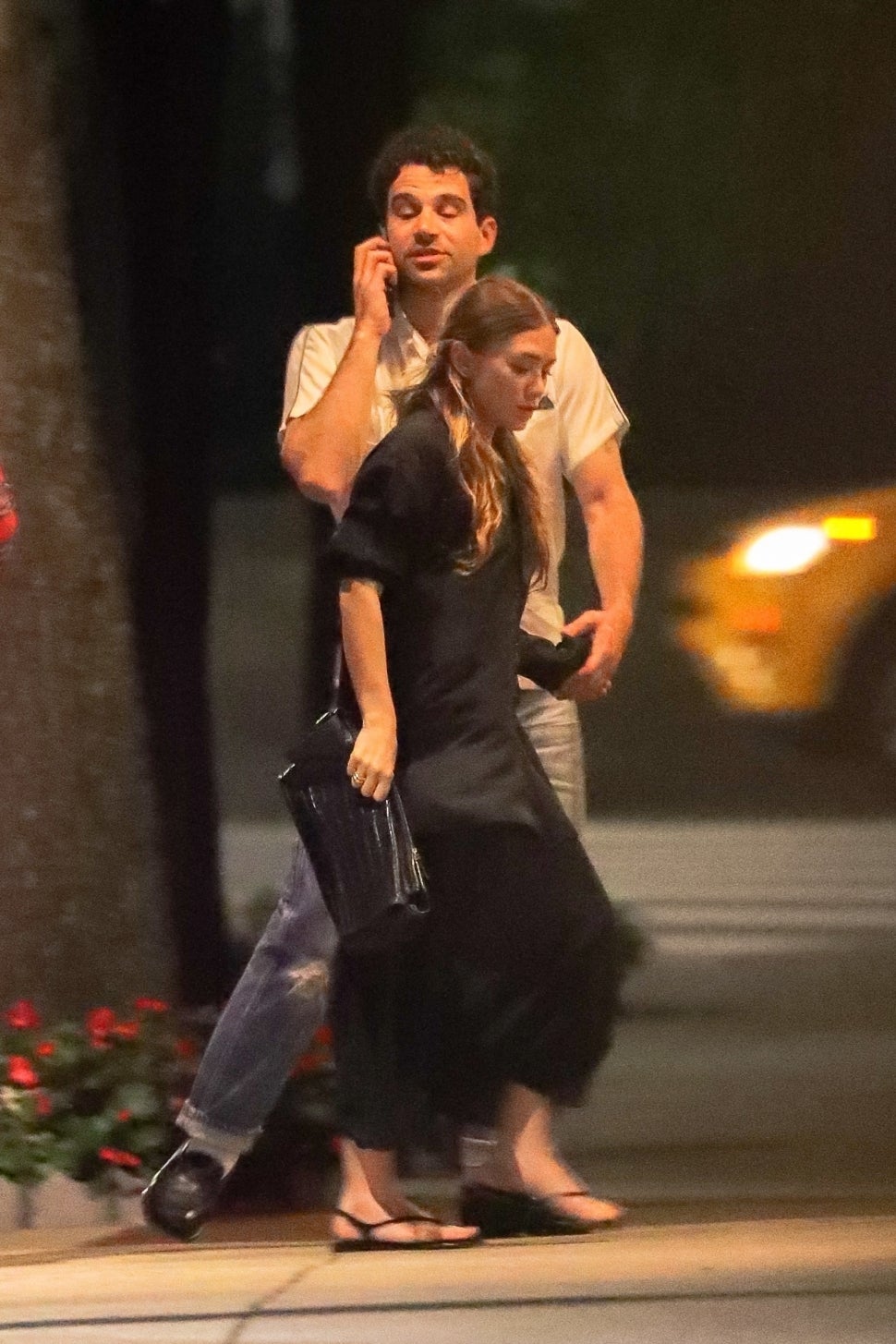 Olsen’s outing with Eisner comes just over a week after the artist made headlines by sharing a candid photo of his girlfriend. The former Full House star, who retired from acting and stayed out of the spotlight for the most part, was seen enjoying a hike with a beverage in one hand and a machete in the other.

Eisner and Olsen have been together for several years; they were first spotted together in October 2017, before being snapped arm-in-arm in August 2018.

They sparked engagement rumors the following year when Olsen was seen wearing a ring on that finger after dining at an Italian restaurant in Los Angeles’ Pacific Palisades neighborhood, though she’s never commented on their relationship.

See more on the Olsen twins in the video below.