Jack Davenport and Lydia Leonard are in the frame for starring roles in the English-speaking version of beloved French TV series Call My Agent!, about a top Paris talent agency and their high-maintenance movie star clients.

If the deals go through, they will be part of a coterie of agents, managing their clients’ foibles and successes while dealing with perilous politics in the office — and often chaotic private lives.

John Morton, the man behind W1A and Twenty Twelve, is in charge of creative duties and is currently ‘swamped’ with work: writing scripts and overseeing pre-production.

Jack Davenport (left) and Lydia Leonard (right) are in the frame for starring roles in the English-speaking version of beloved French TV series Call My Agent!, about a top Paris talent agency and their high-maintenance movie star clients

Various executives were reluctant to share details. But my guess is that Davenport, of Pirates Of The Caribbean, The Morning Show (Apple TV+) and This Life (a Nineties favourite — which should be on BBCiPlayer!) will be a suave, ruthless rogue based on Mathias Barneville, played with swagger by Thibault de Montalembert in Dix Pour Cent (as it’s known in France).

Leonard, meanwhile, who has delivered blistering performances on stage with the Royal Shakespeare Company and the National, and on telly (Gentleman Jack, Apple Tree Yard), will be in line for a character resembling the French show’s linchpin: the sexually liberated firecracker Andrea Martel (played by break-out star Camille Cottin).

The show’s guilty pleasure is that each episode features a star guest playing a fictionalised version of themself. 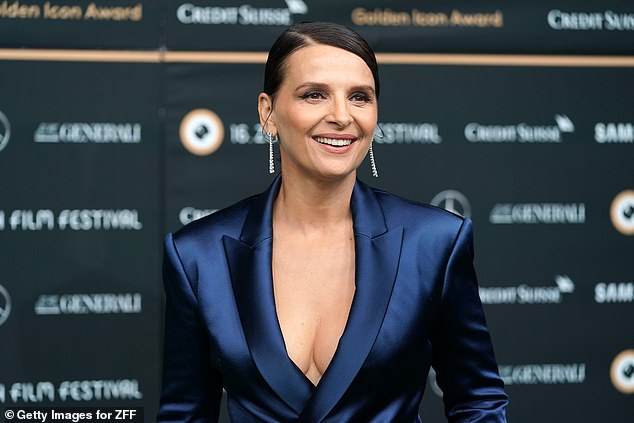 When Call My Agent! started on Netflix several years ago, Cecile de France popped up playing, well, Cecile de France, in a story about her not being cast in a Quentin Tarantino film because of her age.

I watched it again, immediately, to savour the delicious novelty of actors cheerfully sending themselves up.

Soon the show, created by Fanny Herrero, was featuring Nathalie Baye, Jean Dujardin and other French cinema legends such as Christophe Lambert and Juliette Binoche. 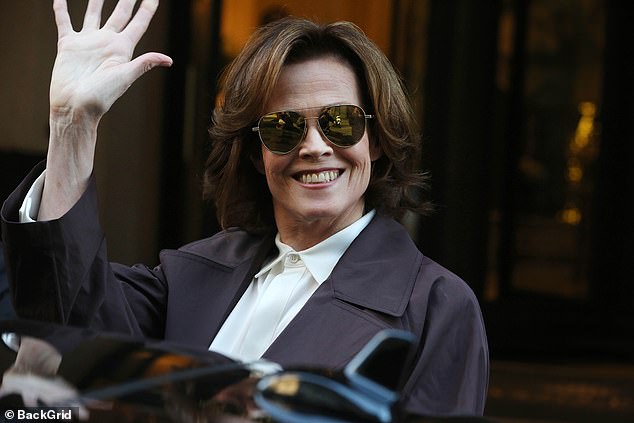 The final series featured an appearance by Sigourney Weaver, who showed an impressive mastery of French [File photo]

Sigourney Weaver — showing an impressive mastery of French — was parachuted in for the fourth and final season (though there is now talk of a French feature film).

One fear is that the UK Call My Agent! might have difficulty attracting guest stars willing to make fun of themselves.

Though I imagine BRON Studios, with offices in Los Angeles, New York and Toronto, who are co-producing and working with Headline Pictures out of London, should be able to spark up some star wattage. Oui? 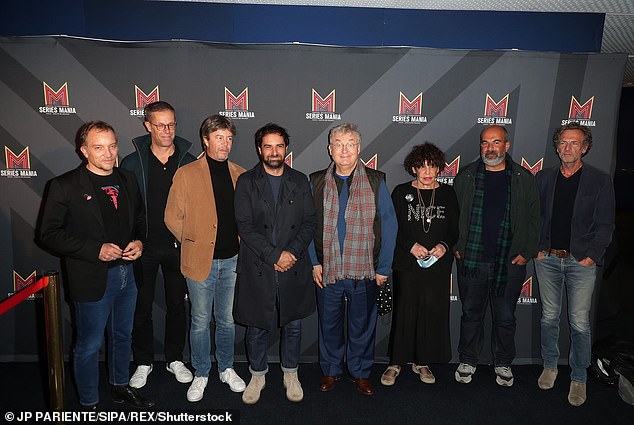 Some of the cast and crew of the original French series, including the actors Thibault de Montalembert (third from left), Gregory Montel (fourth from left) and Liliane Rovere  (third from right) who play agents Mathias Barneville, Gabriel Sarda, and Arlette Azemar respectively