Beverley Knight: Lets celebrate Black History Month, not hit people over the head with it 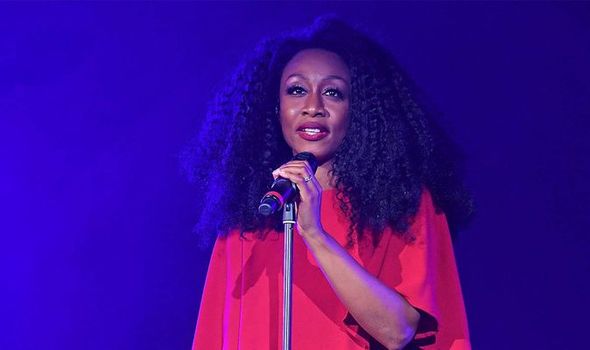 As we approach the end of Black History Month, Beverley Knight is in a thoughtful mood. She is clearly a little uncomfortable with the strident tone employed by some campaigners.

“I like to think of it as a celebration, rather than something with which to hit people over the head,” she says. “I see it as an acknowledgment of all facets of British history and that includes black people.

“It’s my story and the story of Lenny Henry and Trevor McDonald and Denise Lewis, British people doing amazing things who just happen to be black.”

That’s not to say the singer didn’t encounter appalling racism as a schoolgirl raised in Wolverhampton, or as a young woman trying to make her way in the music industry.

“When I was growing up, Enoch Powell was our local MP,” she says. “The 1964 general election was mired in race. Remember his 1968 Rivers of Blood speech? We should never forget that depth of prejudice.

“It’s not lost on me that we’ll be previewing The Drifters Girl [her new musical] as Black History Month comes to a close. When Remembrance Day comes round on November 11, I will mention, as I always do, that my ancestors were part of the West Indian airforce. We’re all part of this country’s history, black or white.”

It’s an attitude borne out in Beverley’s private life. “If you’d asked me 20 years ago, I’d have said I’d end up marrying a strapping Idris Elba kind of a bloke.”

In the event, in 2012, she married James O’Keefe “a lean, white man of Irish descent”. They met at the filming of a music video where he was part of the technical team. “Who knew?” she laughs.

But the parallels between Beverley’s story and that of Faye Treadwell, the woman she plays in The Drifters Girl, are clear, even though they are separated by an ocean and about 50 years.

The show tells how Faye smashed through a pile of glass ceilings to become manager of The Drifters, one of the first, and most successful, R&B bands.

“Faye was a visionary, a black African-American woman in an industry dominated by men,” she says. “But I could find out very little about her; there was no Wikipedia page on her, for instance. Yet she was a true trailblazer.

“There wasn’t any path – well-trodden or not – down which she could travel. I think of her as taking a cutlass and hacking her way through the hostile jungle that was the music industry. She’d be remarkable in today’s climate, let alone back in the 1950s.”

The members of the group are played by Adam J Bernard, the Olivier Award-winning actor in Dreamgirls; Tosh Wanogho-Maud, who played Simba in The Lion King; Tarinn Callender, who appeared in the West End version of Hamilton; and Matt Henry, familiar to TV audiences for reaching The Voice final. He also won an Olivier for his performance in Kinky Boots.

All the songs are there: everything from Stand By Me and Saturday Night At The Movies to Under The Boardwalk and Save The Last Dance For Me.

“That’s my favourite,” says Beverley, “because it reminds me of my late fa da father, Edward. He loved that song.” Faye’s daughter, Tina, now in her sixties, was in the audience for the trial run in Newcastle.

“And she was in tears,” says Beverley.

“This was the story of her mum and dad. She we was overwhelmed, she said, by such an emotional experience.”

The show will preview at London’s Garrick Theatre from next Thursday and will officially open at the end of November.

It’s been a long and winding journey from Beverley’s first public performances at the age of four, singing gospel in her local Pentecostal church.

“My mum, Deloris, says I could sing before I could talk coherently,” she smiles. “All I’ve ever wanted to do is open my mouth and convey emotion and joy through song.”

Her parents encouraged her from the off, yet she was entering a famously cutthroat business. But she puts her early struggles down to being a woman, not being black.

“I’d put the negative emphasis more on the fact I was female,” she says. “Think Billie Holiday. Think Aretha and Chaka Khan and Whitney. There’s a strong tradition of black women in music. My skin colour has always been secondary, although I had some issues in the past when pictures of me were lightened without my prior knowledge.”

And don’t get her started on social media.

“No one has ever said anything to my face but you could be overwhelmed by the weight of vitriol on Twitter or Facebook. I don’t know what happens to some folk when they get behind a keyboard.

“I developed a thick skin a long time ago. Now, if I start to read something unpleasant, I quickly scroll on. I learnt that some years ago when I had a particularly vicious troll who was saying all sorts of crazy things about me. I got really upset. I even got the police involved.”

Then she discovered the troll had set up a second account and was having arguments with himself. “I just thought what a pathetic character he must be. That broke the spell and I moved on.”

Spend any time with Beverley and it’s clear she’s no pushover. “I truly believe that, if you’re resilient and persistent and you’re willing to put the work in, you can achieve anything you want.

“Even so, if you’re someone who’s determined to find your own sound, it makes record companies nervous.”

Which is why she left a top label and started her own – Hurricane Records – and why she writes her own material. She laughs when I ask if she’s ever had any #MeToo moments with music business executives.

“They wouldn’t dare! I’m no diva – something often levelled at women of colour – but I can be outspoken, forthright, although always with a smile. Perhaps that’s why people never tried to mess with me.”

That said, she is very well aware that others have not been so lucky.

“I know women who’ve had bad experiences. There’s an American R&B singer called Sparkle whose career was nipped in the bud when she called out R Kelly for his treatment of her. So I’m all for giving women like her a voice.”

Now 48, Beverley has come to terms with the fact that she will never have children, and she felt for many years that she didn’t want any.

“Music has always been my focus,” she says. But when she developed uterine fibroids, she had to undergo a total hysterectomy. “I call my scar – from hipbone to hipbone – my second smile.”

But it meant, of course, that children were no longer a possibility.

“And that gives you pause for thought. This was no longer my decision. Motherhood had been taken away from me and I mourned the loss.”

James was a huge support, she says, during her recovery. “We got through it together.” Now, they have a four-year-old rescue terrier-type mutt called Zane. “He’s my furry baby.” The couple pursue a healthy lifestyle. Beverley doesn’t drink alcohol and has never done drugs. “I also eat very little dairy – it can play havoc with the voice.”

That voice is a gift that has attracted some stellar fans. She first met Prince in 1999 when he released an EP in the UK.

“Later on, I heard he had my album – a huge compliment – but I couldn’t believe it when he asked me to open for him at his series of dates at the O2. I knew about them because I’d already bought tickets!”

A further invitation saw Beverley singing at one of Prince’s celebrated Oscars parties in LA. “These are still pinch-me moments,” she says. “People thought him, and they’re right, to be something of an enigma but I found him so easy to talk to. He was consumed by his music and would talk about it for hours away from the cameras.”

His death in 2016 hit her like a hammer blow. “I kept getting these messages asking if I was OK. I didn’t know what people were on about. When I caught up with the rumours that he’d died, I wouldn’t believe them.

“Then his management got in touch to confirm that he was dead and I just crumbled. Still, to this day, it sometimes hits me that I’ll never have the privilege of sharing the stage with him again. I certainly don’t take any of it lightly. The same is true of my friendship with David Bowie. I called him Uncle D; he called me Little Aretha which was such a compliment.

“Mine has been a wonderful career. Yes, it’s had peaks and troughs but it’s been an astonishing ride – and still it continues.”

“The minute I put the ball in the back of the net, I set myself a new goal.”