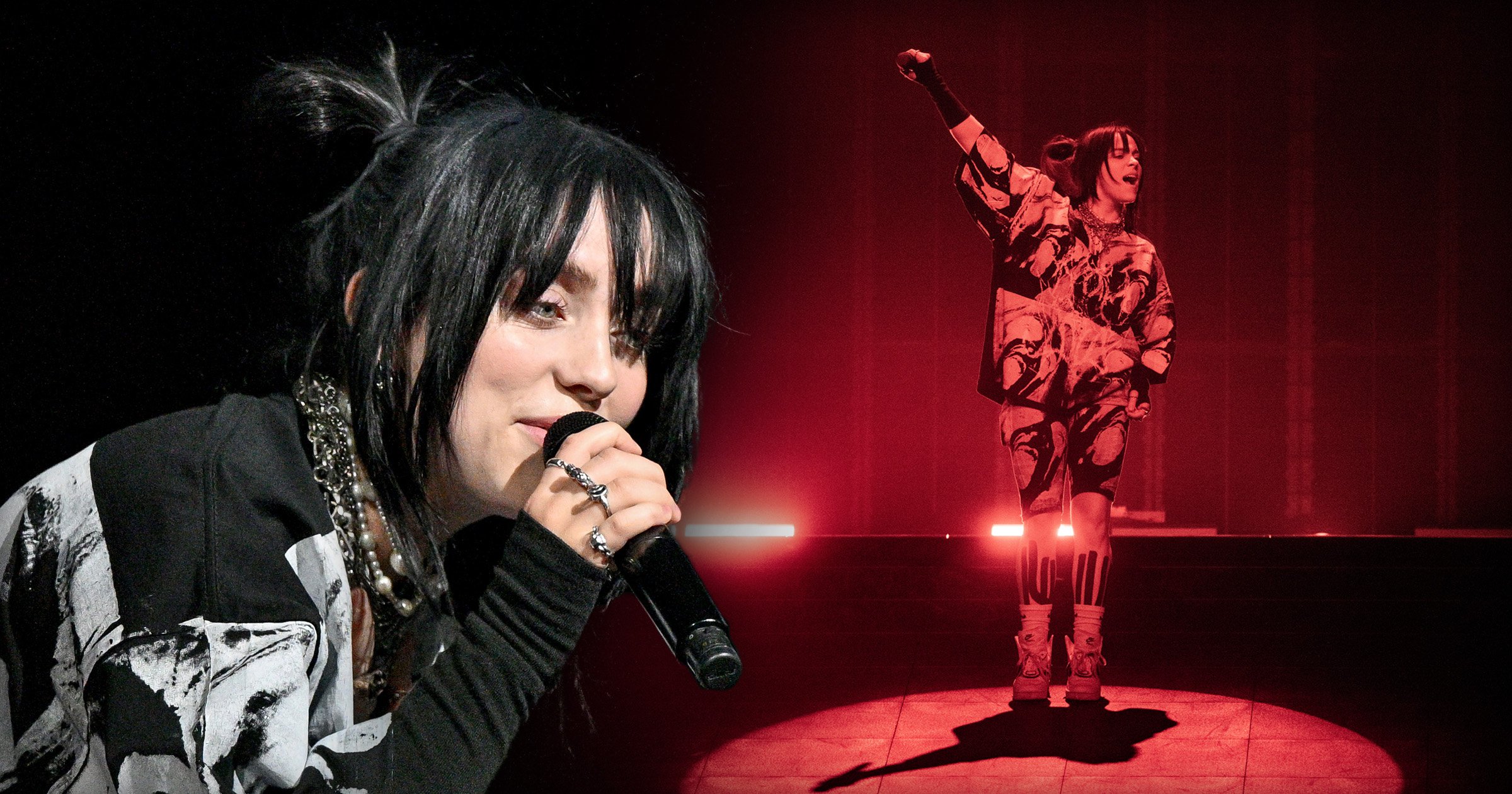 Billie Eilish briefly stopped her London gig at London’s O2 Arena on Saturday night after fans began to struggle in the hot temperatures.

The 20-year-old singer paused to check fans were ‘all okay’ as they were squashed at the front of the stage. This, with the combination of hot temperatures, made conditions difficult, particularly for the fans in the front rows.

Billie urged fans to take a step back in order to ‘give everybody some space’ and asked the security team at the O2 to hand out water to the audience.

‘Are you squished a little bit? If someone looks a little woozy, just tell someone, okay? Don’t try to save feelings,’ she told the crowd.

‘People were fainting and getting pulled out,’ she continued as she halted the show briefly. ‘It’s hot, I know, it’s crowded, it’s hot,’ she said.

At another point, members of the audience formed a protective circle around one fan who was struggling in the heat and alerted security staff with the lights on their phones.

Billie is known for taking fan safety very seriously at her shows.

The Bad Guy hitmaker previously stopped a gig to help a fan who needed medical assistance during a performance in the US in February during her Happier than Ever tour.

‘I’ll wait for people to be okay until I keep going,’ she was heard saying.

Her focus on safety is warranted; tragedy struck at Travis Scott’s performance at the Astroworld music festival last year, after 10 people lost their lives as fans surged towards the stage during the performance. The rapper said later that he was ‘absolutely devastated’ by the tragedy.

A number of teenagers were among the victims and more than 300 people were treated for injuries from the crush.

Last night’s O2 show is part of a string of UK concerts during her tour, which will include Birmingham and headlining this year’s upcoming Glastonbury festival.

On Tuesday, fans were treated to a performance of TV, an unreleased song with her brother and co-writer Finneas O’Connell at the Manchester AO Arena, which, ever the timely lyricists includes a reference to the much-talked-about Johnny Depp Amber v Heard trial.