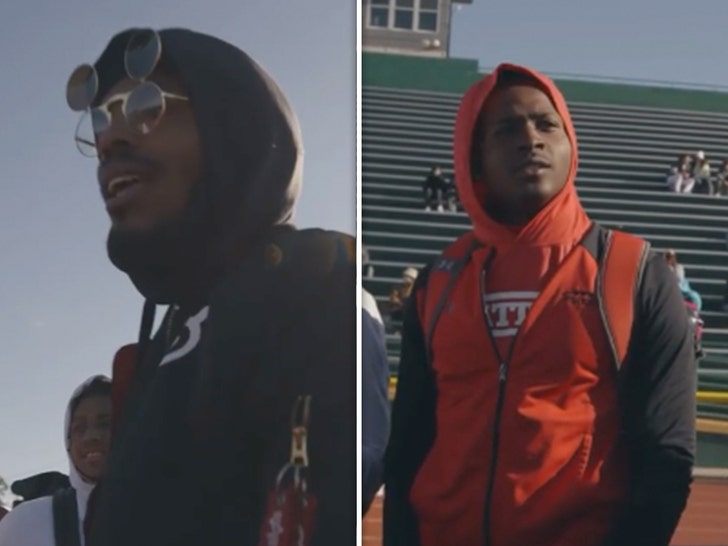 A teenage football player says he’s truly sorry for trash-talking Cam Newton at a camp over the weekend … explaining, “I never meant to humiliate & let anyone down.”

If you missed it, the young footballer and the former NFL MVP really got into it at a 7-on-7 event in Myrtle Beach, SC.

Cameras caught the player calling Cam “ass” and ribbing the 31-year-old for being an upcoming free agent.

Cam — who helped sponsor teams at the event — responded by telling the kid he was “rich” and asking to see his parents.

The clip quickly went viral … with several current and former NFL players chastising the player for going after Cam.

“Don’t miss your chance to learn something from someone who has been their at the highest level in this sport…. STAY HUMBLE.”

Cam himself later commented on the drama … explaining his role in the situation and adding he does everything he can to help kids at events like these.

Late Sunday night, the player — identified as Perkiomen Valley HS’s Jseth Owens — issued a statement apologizing for the way everything went down.

“I did not intend for it to get as far as it did!” said Owens, a junior linebacker and wide receiver. “As a football player, I let my competitive side get the best of me & it was a huge miscommunication.”

“It was in the midst of the moment & I realize now how a lot of you took it as disrespect.”

Owens continued, “I apologize & hope I can be forgiven.”

For his part, in the video Cam posted Sunday night, he told Owens’ coach that he and the football player had squashed their beef shortly after the heated back-and-forth.