Chris Hughes joined girlfriend Jesy Nelson on stage this week as she rehearsed with Little Mix, joking that he’d stepped in for her poorly band mate Jade Thirlwall. 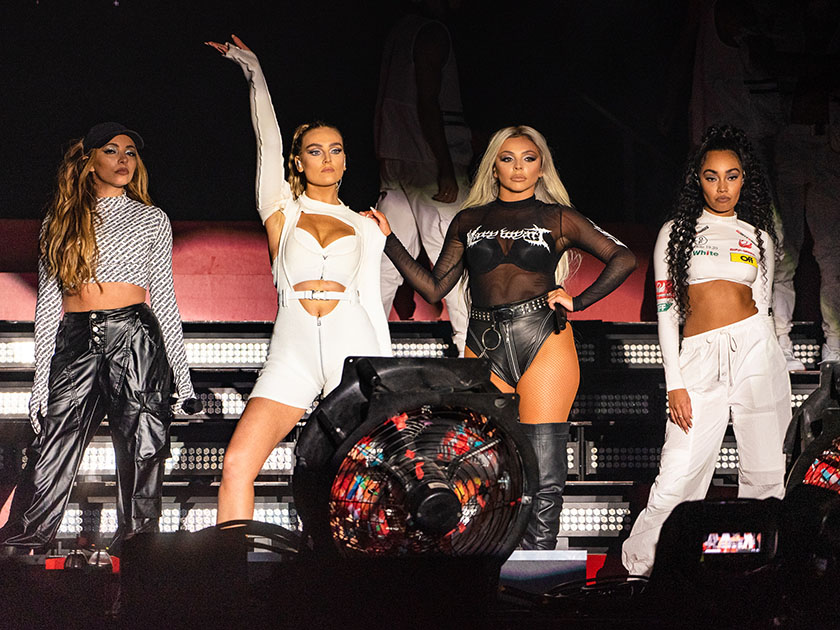 Taking to Instagram, former Love Island star Chris, 26, shared a clip of Jesy, Leigh-Anne Pinnock and Perrie Edwards running through the track Told You So from their latest album LM5.

He added, ‘Sound check ahead of tonight’s show. Stepping in for our Jade. Onto the next. #LM5.’

Alongside a snap of him and the girls, Chris joked, ‘Dreams do come true.’

Chris’s fans went wild for the posts, with one writing, ‘Best thing ever.’ Another said, ‘You are the perfect 5th member.’

But some wanted more, and one follower demanded, ‘We wanna hear your vocals next time!!’

Chris has been by Jesy’s side for much of the LM5 tour so far, sharing pictures of them spending time together during her downtime as well as hanging out in the arenas. Next to one cute snap he wrote, ‘Making memories for a lifetime.’

The couple have been dating for nine months and Chris recently teased it won’t be long until they tie the knot.

Speaking to The Sun, he explained, ‘We both want to get married. We have found each other and have endless respect for each other. I think that’s why our relationship works. We’re proper family people. We love each other’s family. I’m ready to settle down and I think she is.’

Revealing he’s even thought about details of their big day, Chris added, ‘I’m traditional – I’d like a nice church wedding and I think Jesy is open to that too. I like traditional things. I wouldn’t get married abroad, no that’s not for me.’