Chrissy Teigen has spoken out after fashion designer Michael Costello accused her of bullying, saying she would take him to court.

Chrissy Teigen has defended herself against designer Michael Costello, writing in a lengthy statement that she would happily take him to a “court of law” over his alleged “fake” claims. The model threatened legal action after he accused her of bullying, and shared what she and her husband John Legend called “fabricated” DMs. “No idea what the f*** michael costello is doing,” Chrissy, 35, wrote in the caption of her June 18 IG post, referring to the fashion designer’s recent statement saying he has emails that prove Chrissy “has gone beyond social media to blacklist Michael Costello offline.”

The post came just days after Chrissy released an apology admitting how sorry she was for attacks against people like Courtney Stodden. “He just released a statement where he didn’t at ALL acknowledge how fake the dm’s were, & now claims to have emails that don’t exist. So while he conjures those up (hopefully with someone more talented in fakes this time), here,” she continued. “And remember yesterday how confused he was about Leona Lewis‘ stylists being so kind to him in recent years? Well imagine my surprise when I have these from the past 3 years. Please do NOT bully this man under the masquerade of defending me.”

As fans would recall, singer Leona Lewis recently spoke out about a previous negative experience with Michael, saying she was “so embarrassed and deeply hurt” by him. Chrissy continued, “I’ve taken it ALL. I’ve heard it all. I just beg for you to know the truth. Michael, you are now causing actual pain to people who are trying to better themselves. Enough. Or this WILL go further. Not here, but an actual court of law. And every dime we win will go to an anti bullying charity focused on turning this s- show into a positive.” 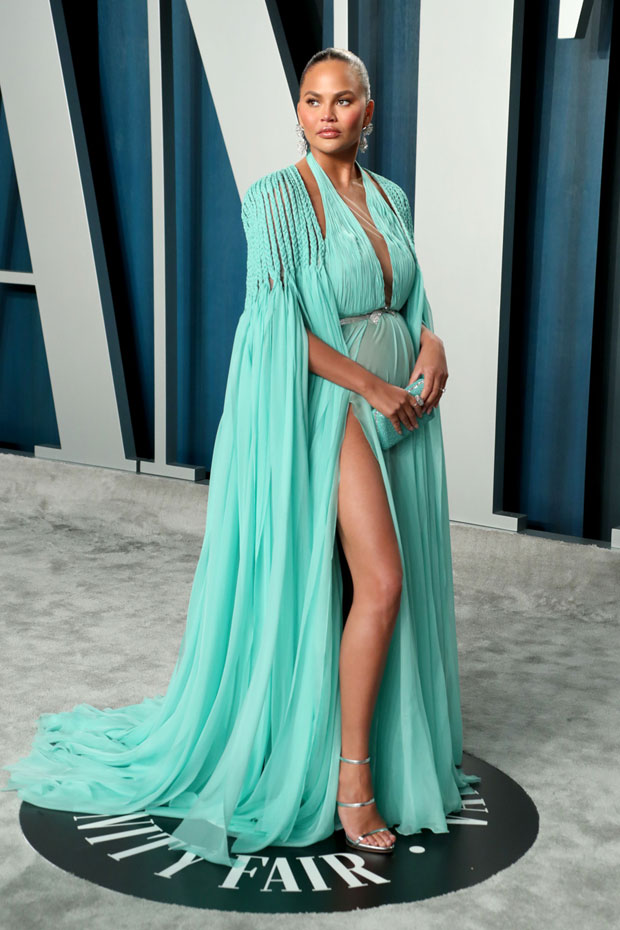 She concluded, “I wish you peace and healing. I have some places I’ve been attending if you’d like the connects.” In a statement issued on behalf of Michael to HollywoodLife, the designer maintained that the DMs he alleged Chrissy sent him were not fake, and that he is owed a personal apology from Chrissy.

“The fact that Chrissy Teigen’s team is desperately trying to prove the DM’s are fake and attempts to discredit Michael Costello, a victim of trauma and bullying by Chrissy Teigen both online and offline, confirms that she remains the same bully, despite her public apology,” the statement reads.