The ‘Fighter’ singer took the stage at the Latin Recording Academy’s ‘Person of the Year’ gala and slayed as part of a tribute to singer Rubén Blades.

Christina Aguilera looked absolutely gorgeous as she performed in Las Vegas on Wednesday November 17. The former The Voice coach rocked a black outfit, complete with leather pants, gloves, high-heeled boots, and a sexy plunging top, with a sparkling red trim. The 40-year-old singer looked like she was giving an emotional performance as part of a salute to Latin music legend Rubén Blades, 73. 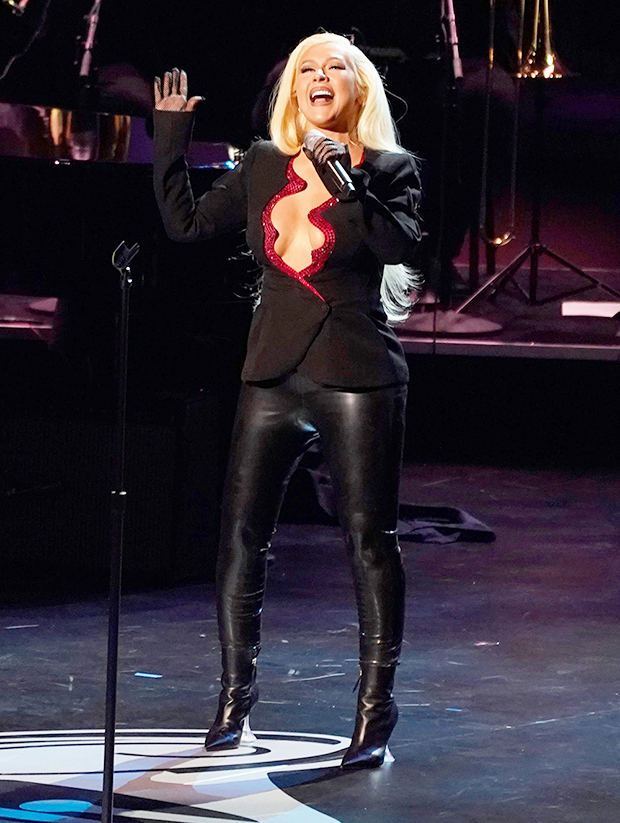 Christina’s performance at Mandalay Bay was part of the “Person of the Year” gala for the Latin Recording Academy, which is also responsible for the Latin Grammy Awards. Christina was performing Rubén’s classic song “Camaleon.” Rubén has been a singer since the 1970s, and has won tons of awards, including both Grammys and Latin Grammys. Rubén has won 9 Grammys, most recently in 2018 for Best Tropical Latin Album. His most recent Latin Grammy was in 2020 for Best Tropical Song. 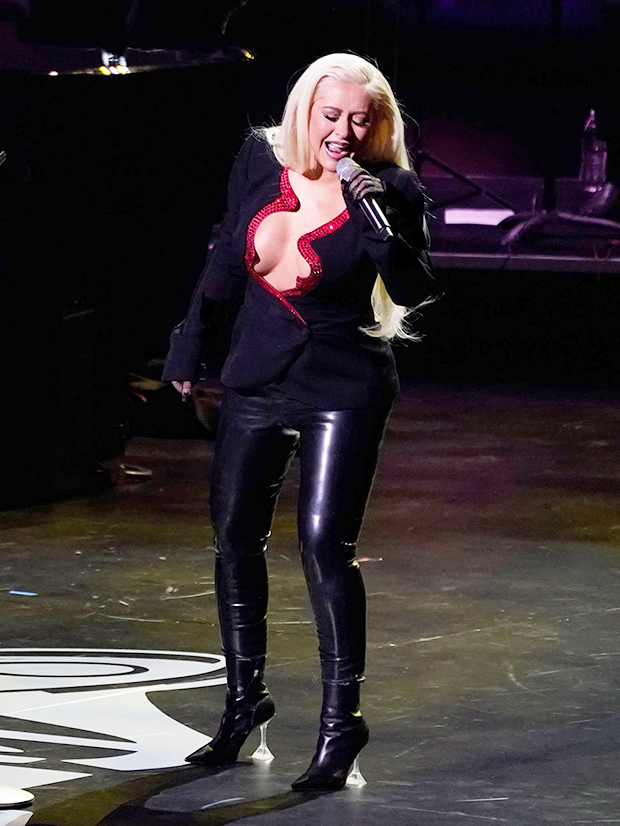 Christina Aguilera Through The Years — Photos

While Christina has been a staple of the music and entertainment industry since the 90s with breakout hits like “Genie in a Bottle” and “What A Girl Wants,” she’s been expanding her audience even more recently with singles released in Spanish. She dropped “Pa’ Mis Muchachas” on October 22, and she rocked a sexy leather catsuit for the music video. She’s also teased that she’s going to release another single, called “Somos Nada” on Thursday November 18.

The plunging black top was also only one of many stunning outfits that the singer has sported onstage for recent concert performances. During another Vegas show in June, Christina looked totally fierce in an all-leather jumpsuit that made her look like a superhero or secret agent. She wore a similar plunging black top under a puffy white robe, at a Hollywood Bowl performance back in July. The “Ain’t No Other Man” popstar was also spotted rocking an all-leather suit, as she headed to rehearsal for a Hollywood Bowl rehearsal earlier in July.