CHRISTOPHER STEVENS: Sgt Sarah is back, watch the lowlife tremble!

CHRISTOPHER STEVENS: Sergeant Sarah is back… now watch the lowlife tremble! Telly’s most capable copper is back, and she’s in no mood for nonsense

Happy Valley (BBC One and iPlayer)

Tell Vera that she needn’t bother. Ted Hastings can stay at home too. Telly’s most capable copper is back – and she’s in no mood for nonsense.

If Sergeant Catherine Cawood ran the police force, serious crimes would all be solved by lunchtime, leaving the afternoons free for clipping the ears of local yobbos.

Nearly seven years after the previous series of Happy Valley (BBC1) ended, the grandmother played by Sarah Lancashire is still holding back the tide of drugs and violence in her West Yorkshire town.

She’s talking about retirement. She’s even bought a Land Rover for a celebratory trek to the Himalayas. But she’s reckoned without Tommy Lee Royce, the rapist and murderer who tried to destroy her family. 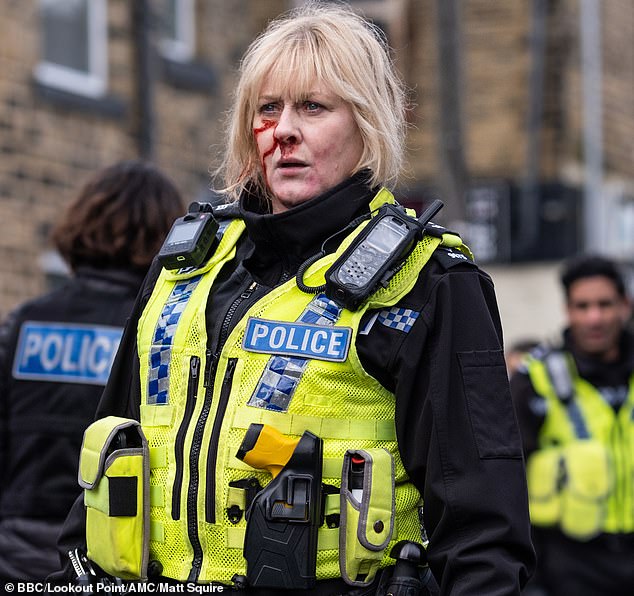 James Norton is superbly menacing as Royce, sitting in his prison cell with a roughly stitched scar across his forehead, staring into space with psychotic calm. Long-haired and smiling, he looks like Satan disguised as Jesus for a fancy dress party.

Even if you don’t remember the tortuous complexities of the previous series – and the two-minute precis that opened this episode wasn’t much help – it’s plain to anyone that Royce is the embodiment of evil.

Sergeant Cawood will have to face him alone. Her superior officers are wetter than a weekend in Huddersfield and her family are a bunch of walking liabilities.

Clare, her sister (Siobhan Finneran), is a recovering alcoholic and heroin addict – holding herself together, these days, but not much use in a crisis.

And life is still a succession of crises for the sarge. Her truculent grandson Ryan (Rhys Connah) appears secretly obsessed with Royce, his biological father.

Meanwhile, a pair of plastic Kray Twins from Eastern Europe are taking over the local drugs trade. 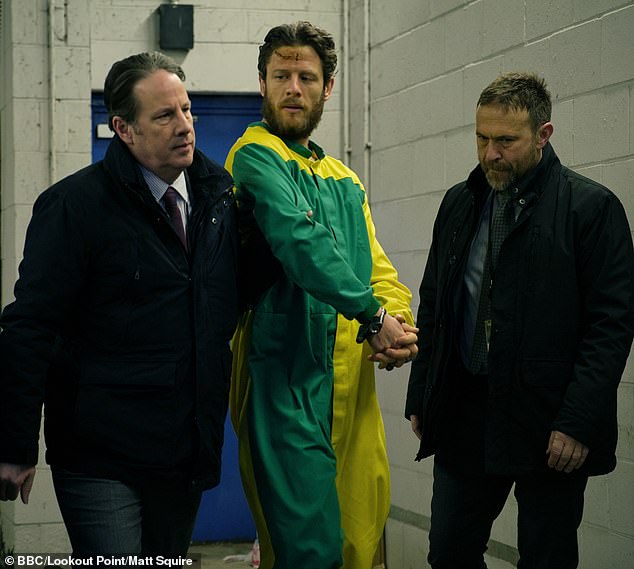 ‘James Norton (centre) is superbly menacing as Royce, sitting in his prison cell with a roughly stitched scar across his forehead’

Every series of Happy Valley has highlighted the endemic threat of drug abuse on Britain’s poorest streets. This time the emphasis is on the black market in prescription drugs and addicts such as Jo (Mollie Winnard) – a harassed young mother, married to the controlling, bullying Rob Hepworth (Mark Stanley) who is Ryan’s sports teacher.

Rob’s assault on Jo, taking her by the throat as he battered her physically and verbally while their small daughters cowered downstairs, was a genuinely shocking and upsetting moment.

In a gripping scene, Sergeant Cawood calls on the Hepworths, slowly asserting her authority over the husband without flexing her muscles. His bluster bounces off her, his attempts to dominate and then to ingratiate leave no mark. 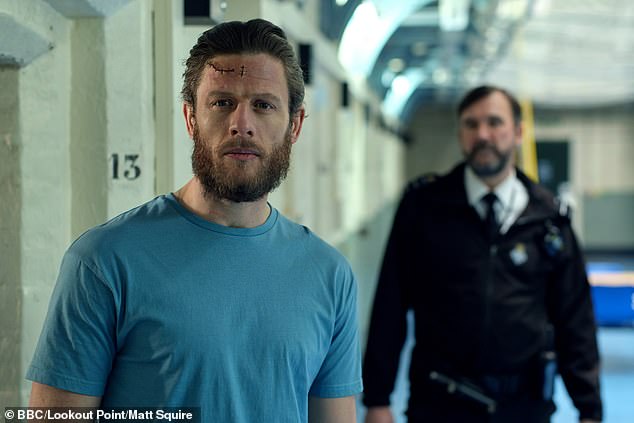 She’s seen his type so often she barely needs to speak to him after introducing herself – over-riding his attempts to do all the talking.

Just as satisfying is the opening sequence, out on the moors, where the sarge is called when workmen draining a reservoir discover human remains. ‘Turned out nice again,’ she comments, borrowing George Formby’s catchphrase.

She takes a long look at the skeletal torso, notes the bullet hole in the skull, checks the jaw and, as the forensics expert arrives, casually announces that she can identify the bones: ‘I’d recognise those teeth anywhere, I nicked him once for a public order offence and he bit me.’

Writer and director Sally Wainwright’s beautifully taut script, without a word wasted, constantly underlines Sergeant Cawood’s most important quality – her experience. As a grandparent, as a veteran copper, as a pillar of her community, she brings a strength that cannot be achieved through shortcuts. It takes a lifetime.

Sergeant Cawood will never be considered for promotion. To her colleagues, especially the senior officers, she’s a middle-aged woman who has been around for ever. But that’s exactly what makes her so effective – and so irreplaceable.