Cliff Richard: Singer, 78, in high spirits as he gets animated at Wimbledon 2019

Sir Cliff Richard, 78, was joined at Wimbledon 2019 with former tennis player Vijay Amritraj, 65, as the pair enjoyed the live action at the sporting tournament. The Summer Holiday hitmaker looked dapper as he wore a light blue suit teamed with a white shirt and a matching tie which he accessorised with a gold chain accessory. He completed his look with a leather belt and a turquoise handkerchief in the blazer pocket. Sir Cliff opted for a new hairstyle as his usual brunette locks were a lighter blonde hue.

The performer was all smiles as he crossed the road and headed into the Wimbledon court to watch the tennis.

Once seated, Sir Cliff seemed to be in high spirits as he laughed and cheered throughout the match.

The avid tennis fan is a regular at the prestigious event and famously sang for 20 minutes at Wimbledon in 1996 after rain stopped a match.

Sir Cliff sat in the royal box in centre court ahead of Johanna Konta’s match, before Andy Murray partners with Serena Williams in the mixed doubles later.

His appearance comes after it was previously reported the singer had “quit the UK” and moved across the pond to the United States.

According to his close pal and Loose Women panellist, Gloria Hunniford had said the singer cherished his “anonymity”. 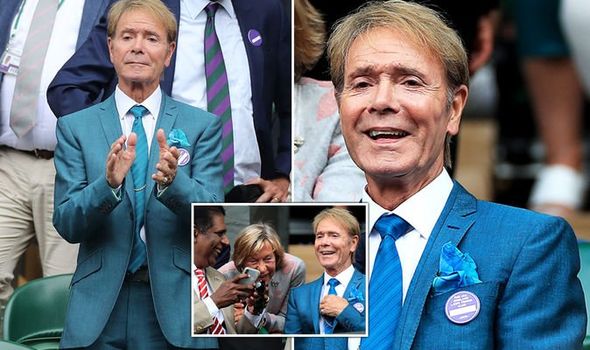 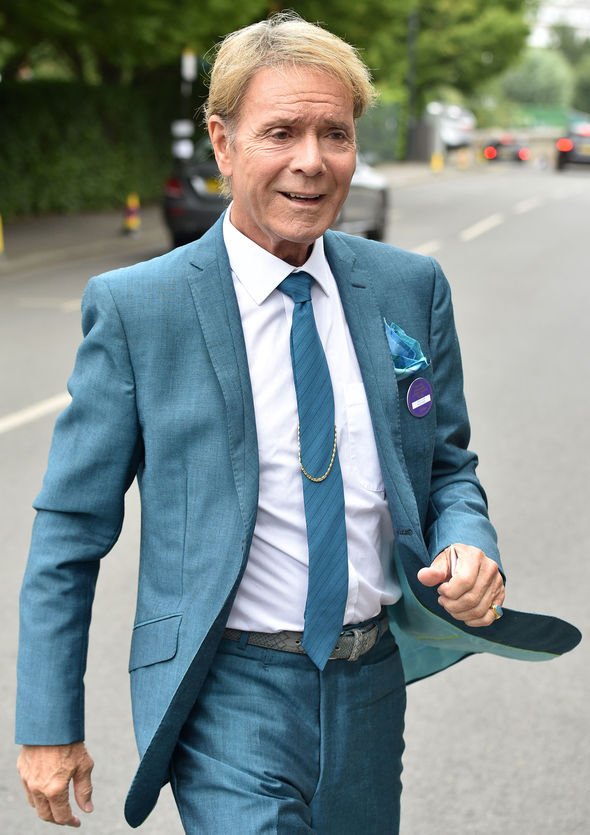 Sir Cliff has previously opened up about the trauma of the BBC coverage of the police search of his Berkshire home in 2014, following a claim of historical sexual assault, which had left him emotionally drained.

Speaking about his move overseas, she said: “Cliff won’t come back and live here. He has made that jump now. He was very disillusioned with what happened.

“He likes the anonymity in America. Some people recognise him but he does not get it all the time like he does here.”

She added: “His place is in New York and he likes it there. He loves coming back to perform occasionally and is looking forward to playing summer shows this year.

“But I don’t think he will ever live here all the time again.” 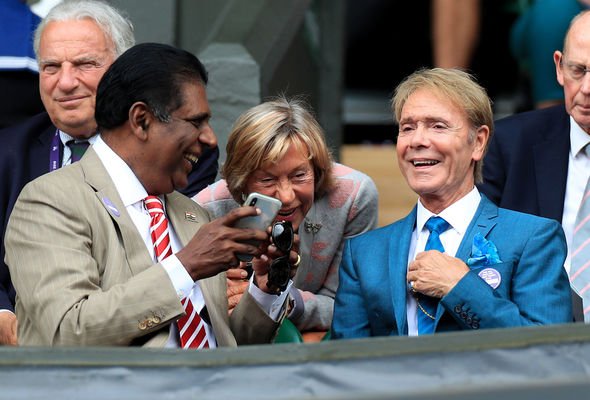 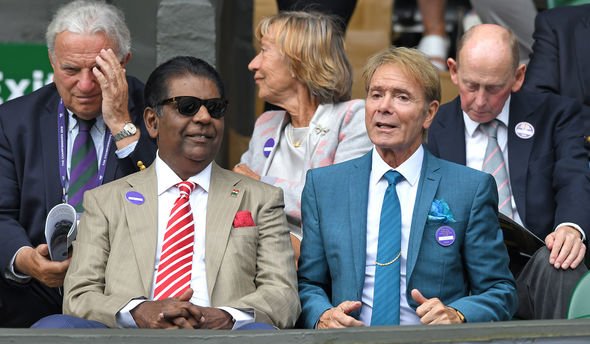 A spokesperson for Sir Cliff at the time, said: “There will not be any comment on what is essentially a private matter other than to confirm Cliff’s main home is in Barbados, as it has been for many years.”

Sir Cliff spends a lot of his time away on the Caribbean island, where he has had a home for the past 20 years.

Last month, Sir Cliff was spotted as he arrived at a Barbados airport where he enjoyed some downtime with a group of friends.

The singer sported three-quarter length shorts and a printed T-shirt for the outing.

Elsewhere, the performer recently celebrated his 60th anniversary in the music industry with three outdoor concerts earlier this month.