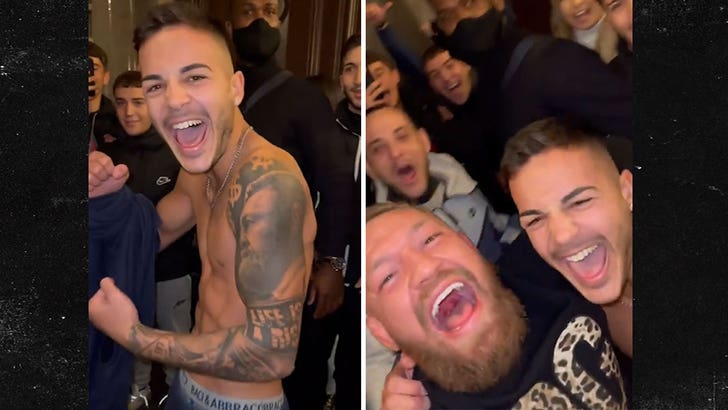 Conor McGregor found a fan in Italy this week who had tatted the UFC star’s face on his arm — and he absolutely bro’d down with the guy to celebrate!!!

The clip — which McGregor filmed himself — is awesome … the fighter looked the ink over up-and-down and praised it relentlessly.

The artwork featured a bearded McGregor surrounded by money signs … and Conor loved it so much, he then threw his arm around the dude and took a selfie video.

The guys cheered and smiled … and it seems like it was a blast for all involved. 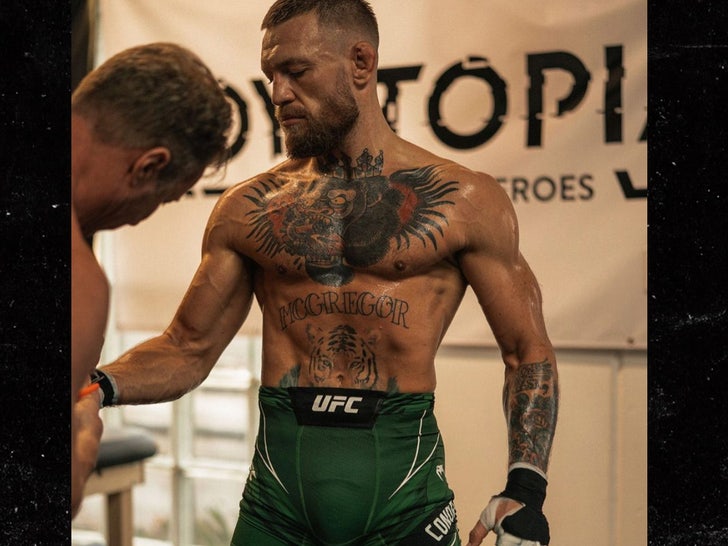 Of course, Conor is a huge fan of body ink … he’s got some of the most recognizable tats in the world — but as far as we know, there are no portraits of himself on the bod yet.

Maybe the trip to Rome will inspire it?? Stay tuned …