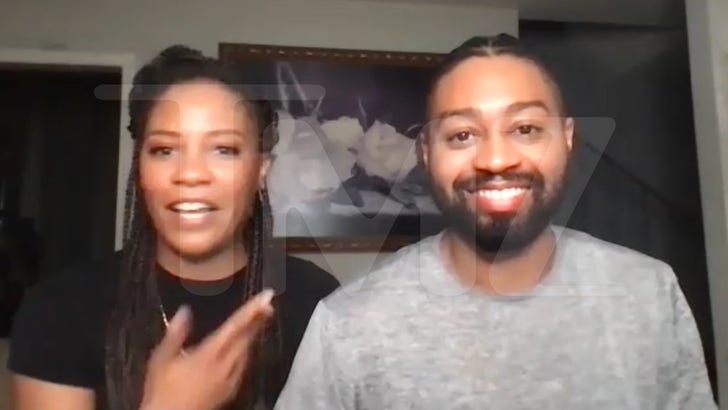 Adele helped a guy propose to his girlfriend in star-studded fashion — but if they get their way, she could be back for the actual nuptials themselves … not to mention Oprah too!

We spoke to the couple who got engaged in front of Adele and a whole lot of other celebs on primetime TV, no less … asking if they’d like to see another round in the presence of the singer — and, go figure, they say hell yeah.

Check out the interview … Quentin Brunson and Ashleigh Mann give us the blow-by-blow of how they even got selected for the special moment — plus, what it was like IN the moment — and it’s about as magical as it appeared on the CBS telecast.

On the issue of tapping Adele again for their special day … they tell us they’d absolutely love to have her perform at their upcoming ceremony, and not just that — but they want O herself to officiate!

Unclear if those ladies will oblige … but considering the history they all share now, it’s certainly not outside the realm of possibility. We’ll keep tabs one way or another.

One final thing about this — you never really know who’s on the other side of a mystery listing, especially in Hollywood. So if you see something that catches your eye … apply, apply, apply. You may get to meet a living legend, as we’ve seen first-hand.