Dan Walker, 43, took a swipe at rival breakfast show host Good Morning Britain’s Piers Morgan, while replying to a fan. The two often go head to head in Twitter battles about ratings and poke fun at each other in view of their followers.

I love listening to people’s stories. No one cares what I think

But this fan took it upon themselves to applaud Dan’s approach to interviewing.

The BBC presenter was very appreciative of the comment, but couldn’t help making an in-direct reference towards his outspoken nemesis from the ITV rival.

The fan tweeted their thoughts during Monday’s BBC Breakfast show, to which Dan responded promptly.

The tweet read: “The reason I watch @BBCBreakfast and @mrdanwalkerover any other breakfast show is he allows people to speak , you hear their story and not his opinion and that gives you the most powerful impact, Thank you for this morning.” 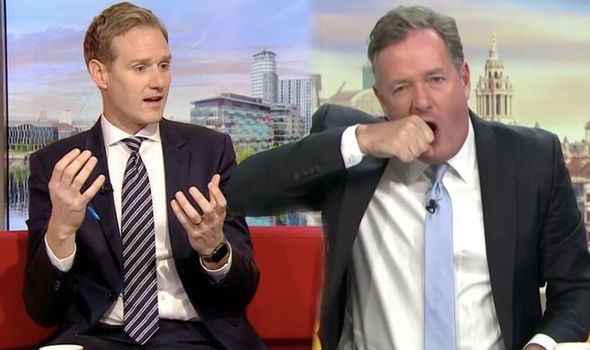 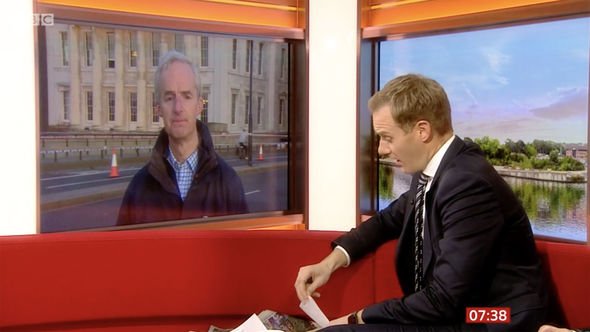 The comment seemed loosely based around Piers Morgan’s approach to interviewing guests, where he is infamously known for exerting his opinion into the conversation and shouting people down.

Dan seemed pretty pleased with the viewer and it provoked him to respond with a sweet message.

“I love listening to people’s stories. No one cares what I think,” he replied. 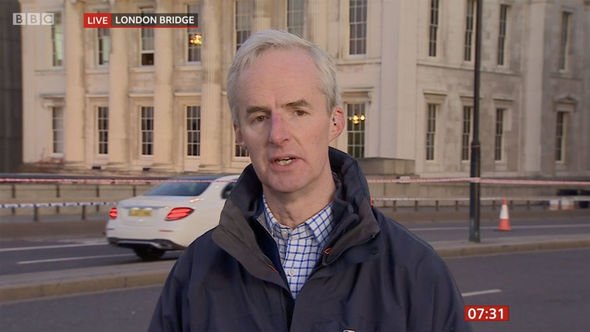 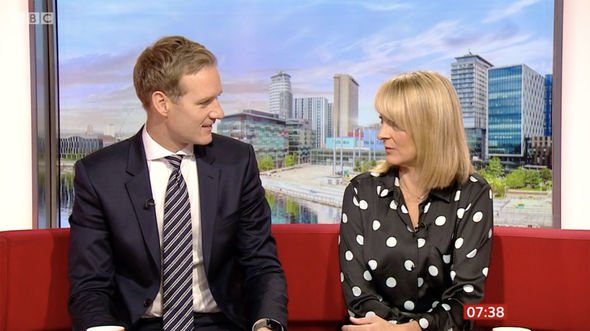 The attack started in the fishmongers, where Toby gave “the most extraordinary account” of the bravery of some of his staff that attempted to stop the terrorist from injuring anymore people.

A significant figure that has been praised for his actions that day, was a man identified only as Lukasz, a polish national who bravely ran after and fought Usman with a Narwhal tusk that he had grabbed off the wall of the fishmongers.

He has been pictured hundreds of times in footage that surfaced of the attack taking place, and was applauded for his courage alongside other public heroes, for his part in stopping the attacker until the armed police took over.

Other fans took the time to thank Dan for how he conducted the interview with Toby – a story everyone wanted to hear.

“Thank you for just letting him talk, Dan. He didn’t need any prompting. A lucid explanation of a remarkable situation. All the best to Toby and his wonderful staff,” the viewer cheered.

Someone else said: “So moved by his account. Completely agree.”

During the interview, Dan asked Toby how Lukasz was after being at the centre of the attack as it unfolded.

“But he told me just a few hours ago, he wants to be the first one back into work and I’m somehow sure he will be.”

Dan and Louise referred to the story as a truly remarkable and heroic story, praising Lukasz’ and the other members of the public that risked their lives to save the loss of others.

BBC Breakfast airs weekdays at 6:00am on BBC.