You could be forgiven for thinking that Downing Street was alone in suffering the legal aftershocks of parties — or ‘business meetings’ — held during the dispiriting months of repeated lockdowns.

But now the £1,235-a-year Lansdowne Club in Mayfair has been rocked by a High Court action brought by a member who was expelled after allegedly breaching Covid guidelines.

In an incendiary claim against the Lansdowne, which boasts its own swimming pool and occasionally holds fencing competitions in its ballroom, Gina Mok, 44, alleges that she has been the victim of statements which are both ‘untrue’ and ‘made maliciously’, and which imply that she had been ‘convicted of a criminal offence’.

In court documents, Mok, a self-styled ‘private investor’, explains that, until her expulsion last December, she was a member not just of the club but also of the council that oversees how the Lansdowne is run. 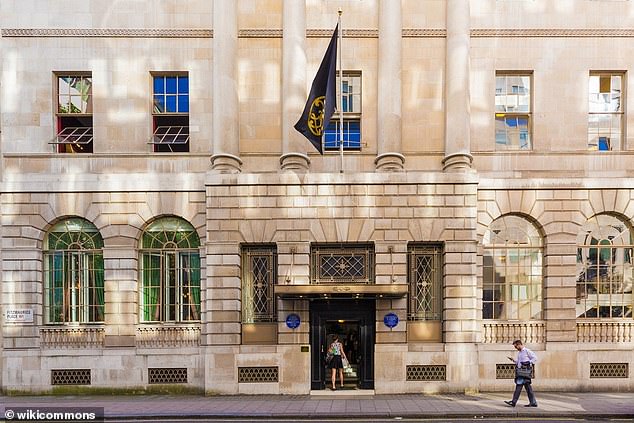 A woman has gone to high court after her membership to Lansdowne Club, an expensive private members’ club in Mayfair, was cancelled after someone alleged she broke Covid rules 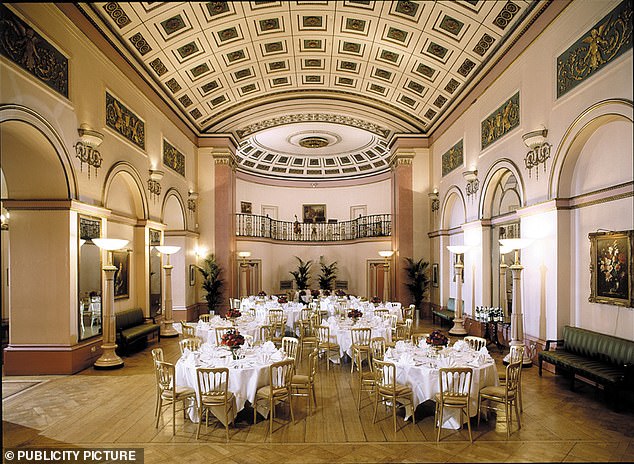 The interior view of the £1,235-a-year Lansdowne Club, which has been running since 1935

But last autumn, after travelling to Bulgaria, she attended a meeting of the club’s council.

Afterwards, Mok had dinner, sitting next to a fellow council member, Phoebe Topping — Head of International Certification at the Department of Health, responsible for drafting and implementing government policy on ‘vaccine certification for travel’.

Mok, who was unvaccinated, alleges that Topping accused her of ‘breaking the law because new Covid rules’ — of which she was unaware — ‘required unvaccinated individuals to quarantine after returning from abroad’.

Barely a month later, her membership of the Lansdowne was cancelled. The club has submitted a defence in response to Mok’s High Court claim for £50,000 in damages for ‘loss of privacy, injury to feelings and person, distress and damage to [her] reputation’.

A club spokesman says it would ‘not be appropriate to comment in detail, other than to say we were extremely surprised, given the factual background, that these claims have been brought in the first place’.

Janet’s all smiles… even after a ticket 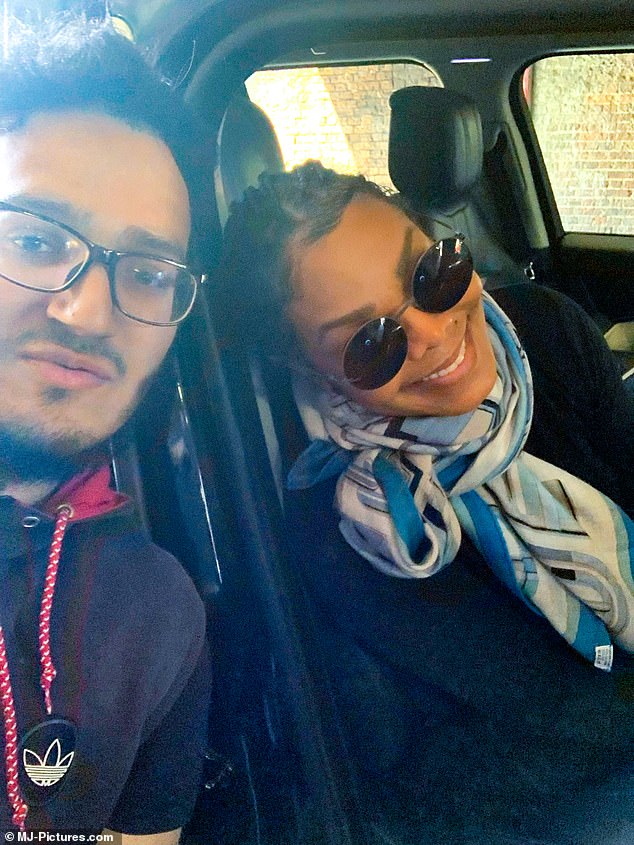 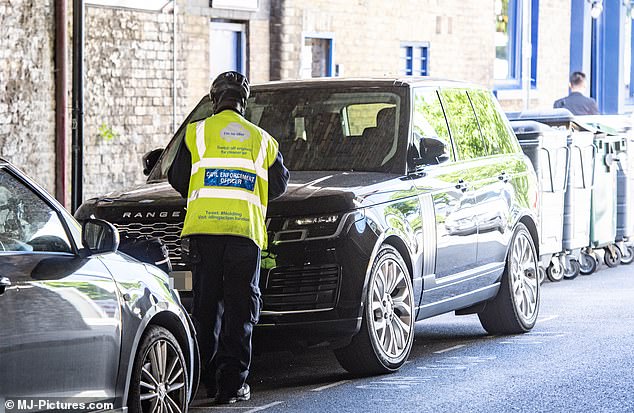 Unbothered: The singer drove off with the ticket still on the windshield of her car (pictured)

She’s said to have a fortune of £150million, which may explain why pop star Janet Jackson was still smiling after her Range Rover was given a parking ticket.

The sister of the late king of pop Michael Jackson parked in a spot reserved for vehicles belonging to a car club in London. She was visiting a dance studio for rehearsals. Jackson, 56, who was seen grinning as she drove off, the ticket still on her windscreen, has lived in the capital on and off since marrying Qatari businessman Wissam Al Mana in 2012. They split in 2017 after she gave birth to their son, Eissa.

Princess Elsa star is the big cheese at her hen do 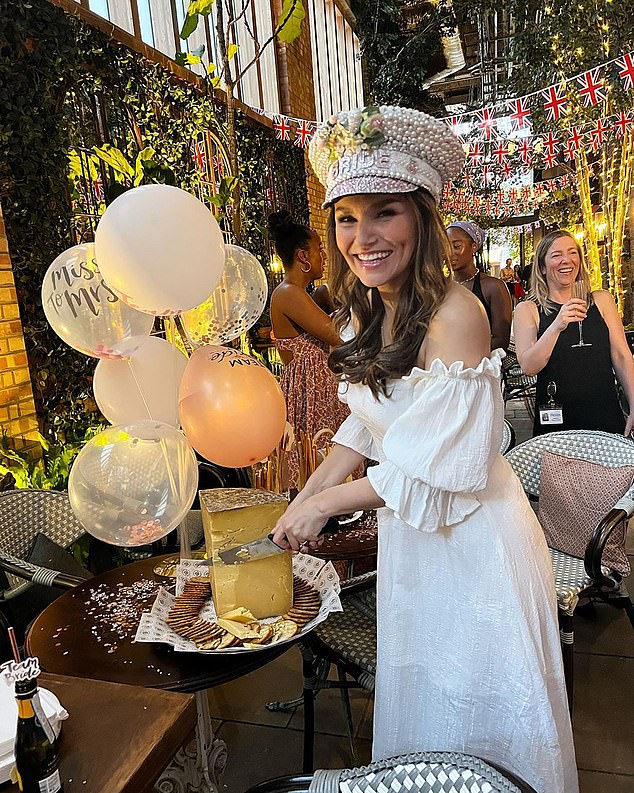 Samantha Barks, who plays Princess Elsa in the West End production of Frozen, is soon to be married

West End star Samantha Barks, who will be slicing wedding cake this week, looked like she was practising with cheese at her hen party.

The 31-year-old actress, who plays Princess Elsa in Disney’s £10 million stage production of Frozen, wore a white dress and a pearl-encrusted cap with ‘Bride’ written on it. ‘There is nothing like having a wedding to highlight all of the wonderful people in your life who show up for you,’ says Barks, who played Eponine in the Oscar-winning film version of Les Miserables. She’s due to marry U.S. actor Alex Stoll, whom she met when they both appeared in Pretty Woman in New York, in days.

The 4th Earl of Sandwich is said to have invented the sandwich so he didn’t have to leave his gaming table. His descendants continue to make their mark. I hear Walter Montagu, son of the 11th Earl, encouraged the boat club at Eton College, where’s he’s a pupil, to turn out on Tuesday in Ukrainian national rowing suits to row 1,244 miles — the distance between Eton and Ukraine. ‘It was an emotional day,’ a friend tells me. ‘The boys have raised nearly £40,000.’

Does Prince Charles have a side-hustle with Diana Ross, who closed the Platinum Jubilee concert to his evident delight?

The Motown queen, whose Upside Down made the heir to the throne’s list of favourite dancing tracks, names ‘Prince Charlez’ as background vocalist and co-writer of her new song, Come Together. The diva’s representatives confirm Prince Charlez is an alias — but for Charles Hinshaw, an American R&B songwriter and producer.

Perhaps Hinshaw, who was raised in the gangster-rap capital of Compton, Los Angeles, styles his adopted name ‘Charlez’ to avoid confusion over engagements with his namesake?

Primly grey, bobbed and bespectacled Esme Young, judge on BBC hit show The Great British Sewing Bee, has a racy past and fondly recalls riding topless on the back of a friend’s motorbike in her youth. ‘I just had on a pair of knickers, a helmet and nothing else,’ admits Young, 73. ‘I’d tied a scarf round my top but it fell off. Imagine if I’d come off!’ Young, costume designer for films including Bridget Jones’s Diary, adds that despite her TV success she doesn’t own a set. ‘I got rid of mine in 1974 — I thought: “I’m wasting my time.” Instead I drew, made things and read books.’ 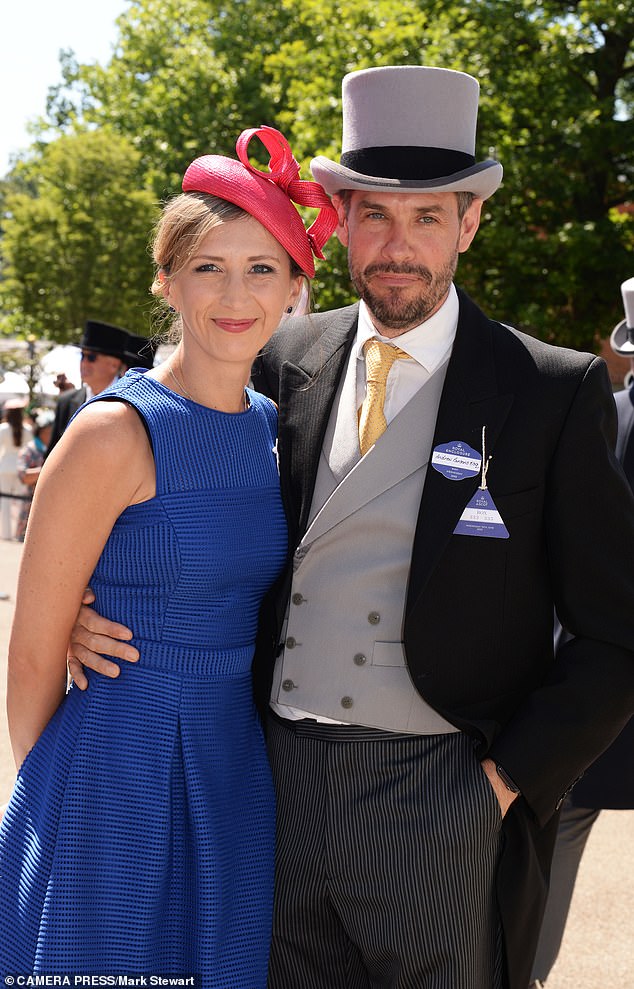 Smitten: Rhiannon Mills, royal correspondent at Sky News, and Andrew Parsons, Prime Minister’s official photographer, confirmed they were in a relationship over the weekend

Sky royal correspondent Rhiannon Mills is believed to have first met Boris Johnson’s chief photographer Andrew Parsons when they covered the Duke and Duchess of Sussex’s 2019 tour of South Africa.

And the couple are still mixing business with pleasure. Yesterday, they confirmed their romance, which I disclosed on Saturday, by attending Royal Ascot, where they were granted access to the ultra-exclusive Royal Enclosure.

Prince Harry memorably opened his heart to Mills, now 42, on a tour to New Zealand in 2015, telling her he would love to ‘have kids right now’ and marry someone to ‘share the pressure with’.