Joaquín Guzmán Loera, the Mexican drug kingpin known as “El Chapo,” was condemned to life in prison plus 30 years in a packed hearing Wednesday morning.

The severity of the crimes for which Loera was convicted mandated a life sentence, rendering the hearing little more than a formality. But as with every step in the case against El Chapo, it passed with great fanfare. Reporters began lining up outside the federal court building in Downtown Brooklyn more than 12 hours before the hearing was set to start.

It had been five months since Guzmán was last seen in public, and he seemed less polished than during the trial, when he spent four days a week listening to testimony. As he filed into the courtroom — sporting his trademark mustache and a gray suit with the collar undone, Guzmán appeared nervous as he saluted his wife, Emma Coronel, present as always in the second row of the public gallery.

The hours-long wait was instantly worth it when defense attorney Jeffrey Lichtman announced that Guzmán did in fact intend to speak, a ripple of excitement passing through the audience as he prepared to read his statement. The courtroom was silent as the drug lord, best known for his multiple escapes from Mexican prisons, spoke publicly at length for the first time since he granted a video interview in 2015 to actor Sean Penn for Rolling Stone. In a raspy voice, El Chapo thanked his family for their support, blasted the government for what he described as a rigged show trial.

“Since the government is sending me to a prison where my name will never be heard again, I take this opportunity to say there was no justice here,” he said in Spanish, through a translator.

Guzmán, who rose from his poor upbringing in a rural village in the mountains of western Mexico to become a leader of the powerful Sinaloa Cartel, spoke bitterly against the severe restrictions placed on him by authorities during his pre-trial detention at a federal lock-up in Manhattan.

“I have been forced to drink unsanitary water, denied access to air and sunlight,” he said, struggling at times to read aloud his prepared statement. “It has been psychological, emotional, mental torture 24 hours a day.”

In response, Assistant United States Attorney Andrea Goldfarb decried his statement as self-serving and devoid of any hint that he regretted his crimes.

“With all due respect, it has been torture,” he said. “It was the most inhumane situation in my life.”

Following Guzmán’s remarks, prosecutors summoned former El Chapo associate Andrea Velez to read a victim-impact statement. Velez, a former secretary for one of Guzmán’s henchmen who worked with him to develop a film about Chapo’s life, broke down in tears several times as she described suffering from something like Stockholm syndrome.

“When we started to develop the movie project, I came to view him as a good person, with great kindness and charisma,” she said. “When I saw the reality and wanted to distance myself, my friends turned out to be… captors.”

The trial may have ended in February, but in a display of his ongoing talent for making headlines, Chapo managed to stay in the news as a steady drip of jaw-dropping revelations continued to emerge amid unsealed court filings. Much of the trial was conducted under intense secrecy, as prosecutors sought to suppress information that could prejudice the jury, and in the days and months after both sides delivered their closing arguments, those filings came to light. Included in unsealed court documents were allegations that El Chapo had raped girls as young as 14, accusations that he had hired a doctor to revive a torture victim in order to torture him more, and allegations that various witnesses had beat their wives, killed a child in a car crash, and hired underage sex workers, to name a few.

The trial, which ended with a verdict of guilty on all 10 charges was seemingly non-stop. Dozens of law-enforcement witnesses testified, but much of the government’s evidence rested on 14 cooperating witnesses, former associates of El Chapo who worked with him at various stages of his 30-years career. The former criminals included Juan Carlos Ramirez Abadía, a one-time leader of Colombia’s North Valley Cartel who admitted to ordering the deaths of at least 150 people; Alexander Cifuentes, a Colombian trafficker obsessed with UFOs who spent years living with Chapo; and Isaias Valdez Rios, a former special-forces soldier in the Mexican military who worked security for Chapo and admitted to taking part in kidnappings, murders, and vicious gunfights in broad daylight.

Others cut a more sympathetic figure, including Edgar Iván Galván, a former gun runner from El Paso who said his daughter no longer spoke to him, and Lucero Sanchez López, a one-time elected official in Sinaloa and former girlfriend of El Chapo who wept openly in court. 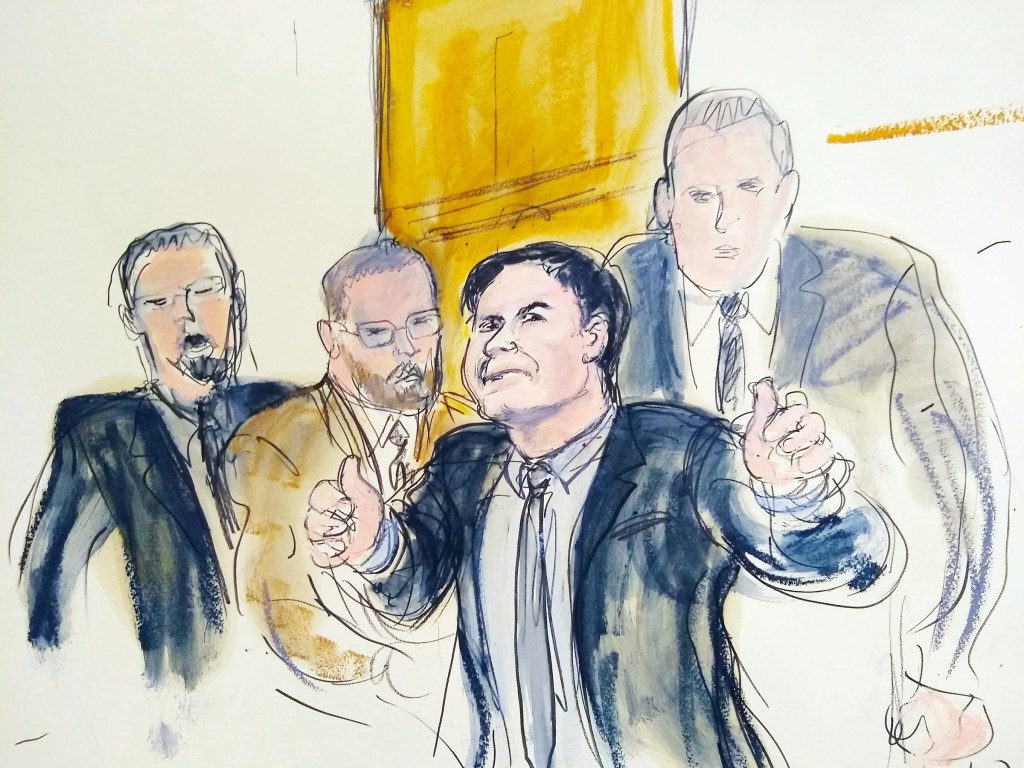 Of the cooperating witnesses who testified against Guzmán, all but two were there, in part, in an effort to receive reduced sentences for their crimes, along with a coveted S-Visa that would allow them and their families to live in the United States under the protection of the federal government. Some are still awaiting new hearings to be sentenced or re-sentenced, but at least two have already seen the benefits of testifying against El Chapo.

Vicente Zambada Niebla, the son of Mayo Zambada and a onetime heir apparent for leadership, was sentenced by a federal judge in Chicago to just 14 years in prison, with credit for 10 years already served. And in El Paso, Texas, Edgar Iván Galván, the low-ranking smuggler and gun runner for Chapo-affiliated gangsters in Ciudad Juarez and El Paso, saw the dismissal of several charges to which he had previously pleaded guilty, and his previous sentence of 24 years reduced to just over nine years, with credit for time served. According to federal Bureau of Prisons records, Galván was released on June 28th, but the terms of his release were not immediately clear and officials with the Bureau of Prisons and the U.S. Probation Office for the Western District of Texas declined to comment. Galvan’s lawyer did not respond to several requests for comment.

For Galván, a relative nobody whose testimony contributed little to the case against Guzmán, the reduced sentence made clear what drug traffickers, however small-fry, have to gain from testifying against a high-priority defendant like Guzmán. For Zambada, one of the most high-ranking cartel operatives to ever testify in U.S. court, the light sentence proved that the government was willing to make sweetheart deals with heavy-hitters in order to secure Chapo’s conviction. In a memo filed prior to Zambada’s May 30th hearing, federal prosecutors in the Northern District of Illinois cited the former narco heir’s cooperation in numerous criminal cases as basis for recommending a light sentence, and noted that a light sentence for Zambada could serve as a motivational example for other high-ranking narcos looking for a way out.

“An appropriate balance must be struck between achieving general deterrence and fostering the cooperation of similarly-situated individuals who seek a viable alternative to persisting in criminal activity,” prosecutors wrote.

In the end, Cogan appeared unmoved by Chapo’s last words. Citing the fact that the life sentence was the statutory minimum for the charges for which Chapo was convicted, he wasted little time in reading out his decision: life in prison plus 30 years.

Moments after Cogan adjourned the hearing, Guzmán turned to his wife, saluted her, placed his hand over his heart, and blew her a kiss before walking out of the courtroom flanked by United States Marshals.