Emily Maitlis, 48, took some time out to relax following the tense Tory leadership debate by enjoying a spot of goat yoga. The broadcaster revealed the class had been gifted to her by a friend and shared several pictures from her time spent trying to achieve a zen-like state while surrounded by cavorting goats. “My belated birthday present from @hannahmacin1: goat yoga,” she captioned the first upload. The shot showed Emily sat cross-legged on a yoga mat in what appeared to be the outbuilding of a farm.

Resting her arms on her knees, palms turned up, she smiled slightly, closing her eyes in the yoga pose.

The strange addition to the photo was a goat which was resting its front legs on her shoulders, nuzzling into her hair.

Standing at the front of her mat, she brought her hands together at her heart while the goat tried to climb up her leg, looking curious.

The journalist laughed, gazing down at the inquisitive animal.

“Can’t remember what this pose is called,” she said in the caption. 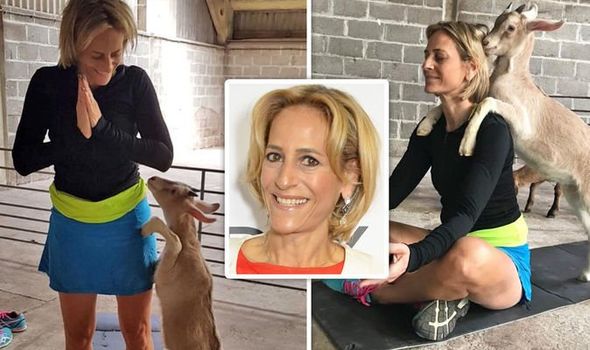 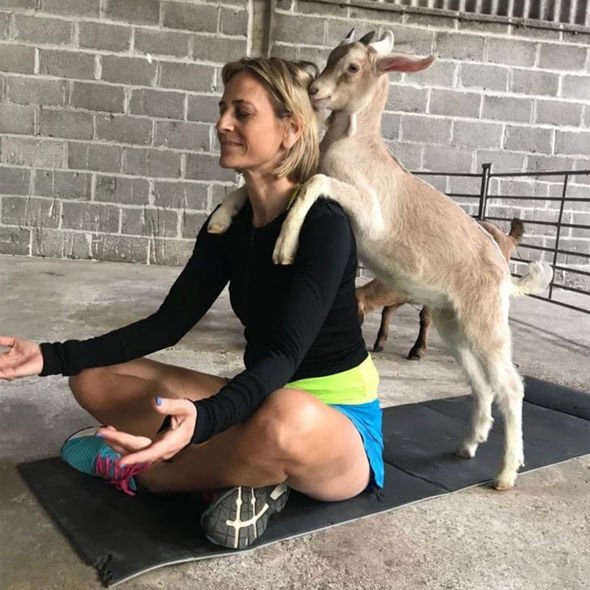 Emily shared the pictures with her 3,400 Instagram followers, who went into a frenzy over her odd pass time.

“You look fabulous Emily as usual,” one remarked, while a second punned: “This is bleating marvellous.”

“Pull the udder one,” a third quipped.

Emily appears to be a fan of goats, having previously shared pictures of a trip to see some at a farm earlier this month.

One snap showed her feeding a goat, who had their head shoved into the feed bucket. 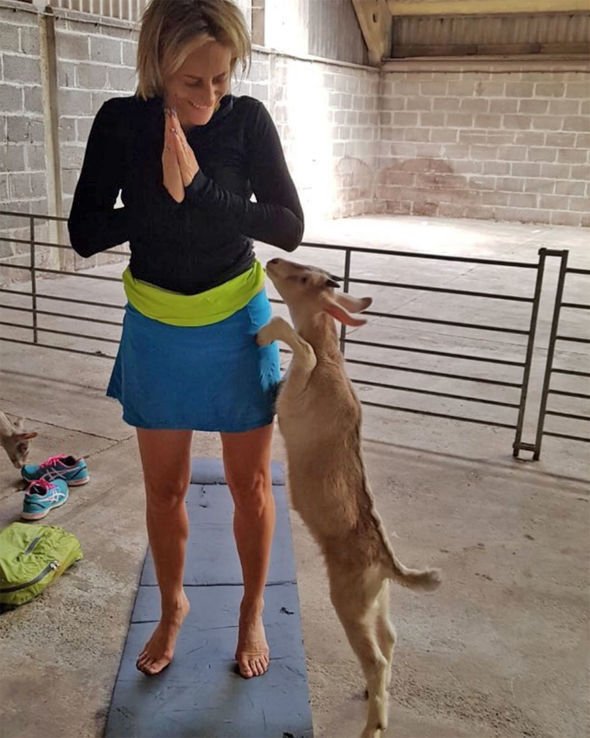 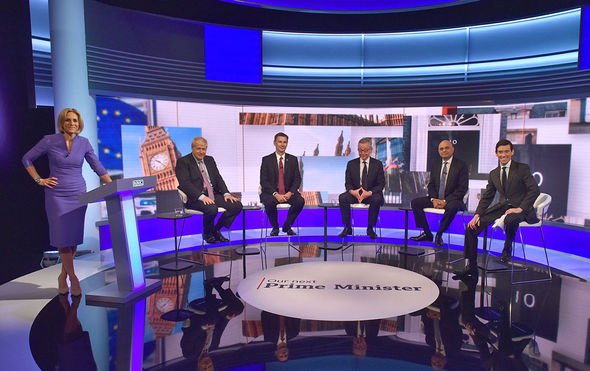 Last week, Emily Maitlis came under fire after presenting the Tory leadership debate on BBC, with viewers complaining on social media about the five candidates talking over each other throughout the tense hour-long broadcast.

Many of those watching at home took to Twitter to blast Emily’s moderating skills, but presenter Kay Burley, 58, was among those who came to get defence.

“Anyone who thinks they could have done a better job than @maitlis tonight has never ringmaster live TV,” she told her 423,000 Twitter followers.

Sky’s political editor Beth Rigby added that she thought Emily did a “grand job of calling [the candidates] to order”.