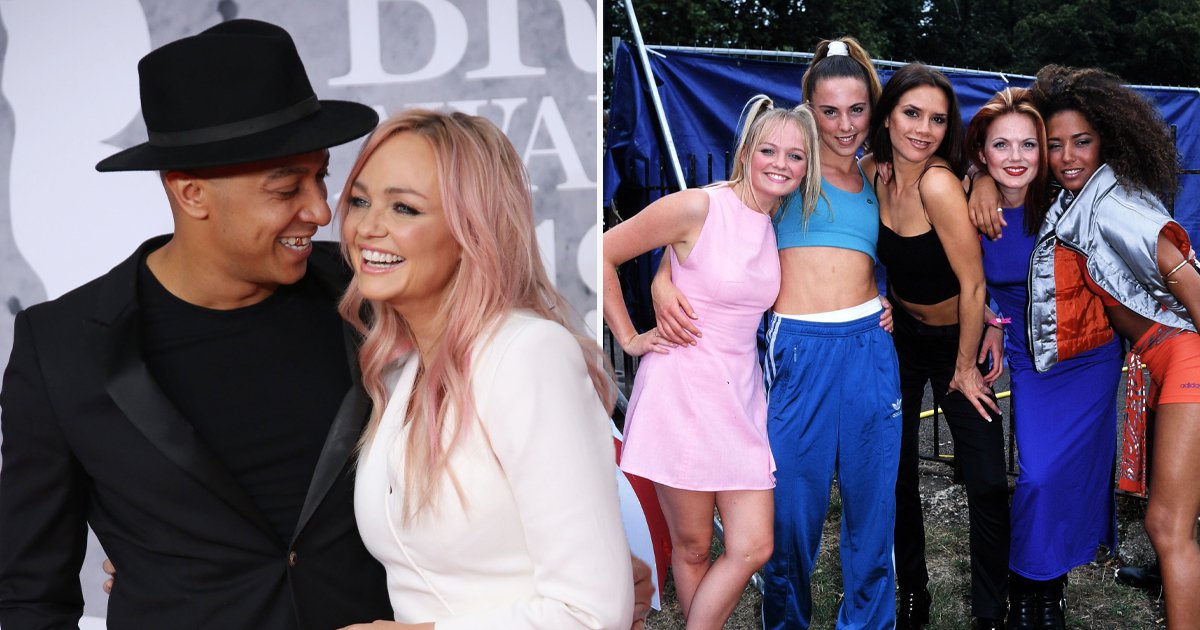 Emma Bunton and Jade Hones thrilled fans after announcing they’d secretly got married this week… so secretly in fact that even the Spice Girls didn’t know.

The couple, who have been together for 23 years, got married in an intimate ceremony on Tuesday, with their only guests being their mothers, their two children; Beau, 13, and Tate, 10, and two close friends as witnesses.

Emma’s bandmates, the Spice Girls, were reportedly kept in the dark about the nuptials, with Victoria Beckham, Mel B, Mel C and Geri Horner sending messages of congratulations to the couple.

A source told The Sun that the band would have been there if Emma had gone for a larger-scale wedding, but wanted it to be an intimate affair.

They claimed: ‘Emma and Jade wanted to celebrate with only a handful of people. They kept the whole ceremony secret from everyone but wanted their kids there. Beau was his dad’s Best Man — it was so sweet.

‘If they’d had a bigger ceremony, the girls would have been invited but they wanted it to be really intimate.’

Another insider added: ‘In Covid times, there was no other option. But the girls have all been in touch and wished the couple well. It wasn’t a snub.’

Emma, 45, and Jade, 42, had chosen Soho Farmhouse in the Cotswolds for their wedding venue, which is said to be the singer’s ‘happy place’.

The pair have been together since 1998, getting engaged in 2006 and even applying for a marriage license in 2019, but didn’t go ahead with the big day until this week.

Emma joked at the time: ‘It is the world’s longest engagement but if Goldie Hawn and Kurt Russell can do it . . .  they’ve never married. One day, I know we would love a wedding and we want the kids to be there.’