Fabolous Splits with GF Emily B, Lunches with Mystery Woman

Fabolous and his long-term girlfriend, Emily B, have called it quits … and Fab has rebounded by breaking bread with another hottie.

Sources close to the former couple tell TMZ … Emily and Fabolous recently split, and the Brooklyn rapper is actively dating other people. 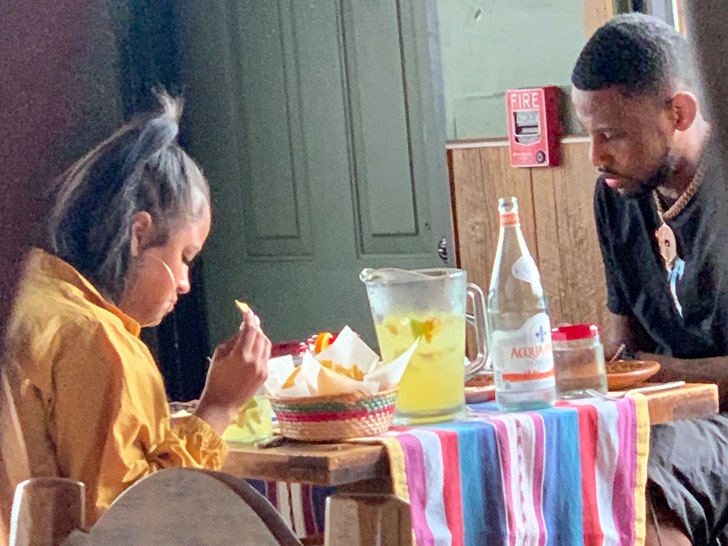 Fabolous ate lunch at a Mexican restaurant in New Jersey just last week, sitting across the table from the woman in the pic. Seems the breakup hasn’t totally broken his spirit.

Fab and Emily were together for more than a decade … she gave birth to their first son back in 2008, and in 2015 they had another kid.

But, the relationship had some major issues.

We broke the story … Fabolous was indicted by a grand jury last October on 1 count of domestic violence with significant bodily injury, 2 counts of threatening to kill and 1 count of possession of a weapon … stemming from a physical altercation with Emily B that was captured on video.

Fabolous and Emily B patched things up … and he struck a plea deal earlier this year, avoiding jail time.

Seems it was only a temporary fix … Fab is now a free agent.