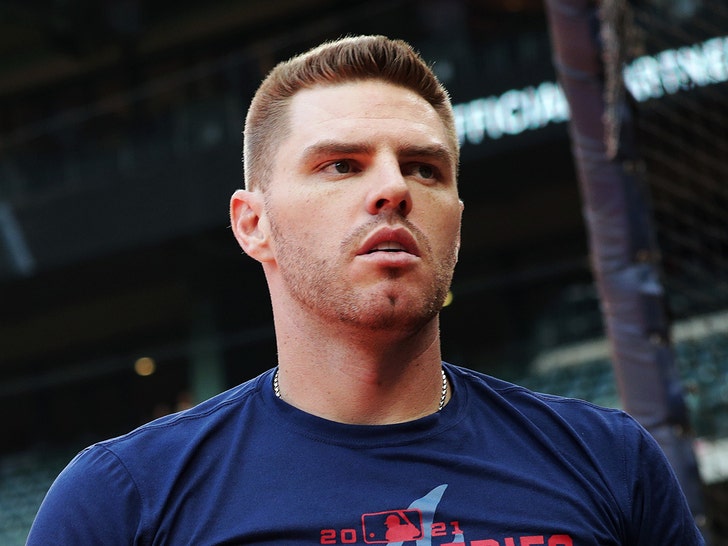 Freddie Freeman‘s time in Atlanta is over … the 2020 NL MVP just officially waved goodbye to the Braves with an emotional farewell letter.

Freeman wrote the note and posted it to his social media page on Wednesday … confirming talks about a new deal with ATL have broken off.

“It has been a blast to have you cheer for me and I hope I was able to bring smiles to a lot of your homes over the years,” Freeman said. “I gave everything I had day in and day out and I hope you guys saw that as well.”

Freeman had been negotiating with the Braves for a while — but after Atlanta traded for former A’s first baseman Matt Olson this week, and then proceeded to give him a huge contract extension, it’s clear both sides are now headed in different directions.

“It was truly an honor,” Freeman said. “We went through the very highs together and some lows but those lows is what made last year so special.”

“You watched me grow up from a baby faced kid to marrying my love @chelseafreeman5 and seeing us bring 3 beautiful boys into this world. I’m so glad my family got to be apart of yours!”

Freeman added, “I look forward to seeing and playing in front of you all again. When that time comes, I hope you remember all the wonderful memories we made together. I love you Braves Country! Champions Forever!”

Freeman is reportedly eyeing a few teams — including the Los Angeles Dodgers — for his next destination.