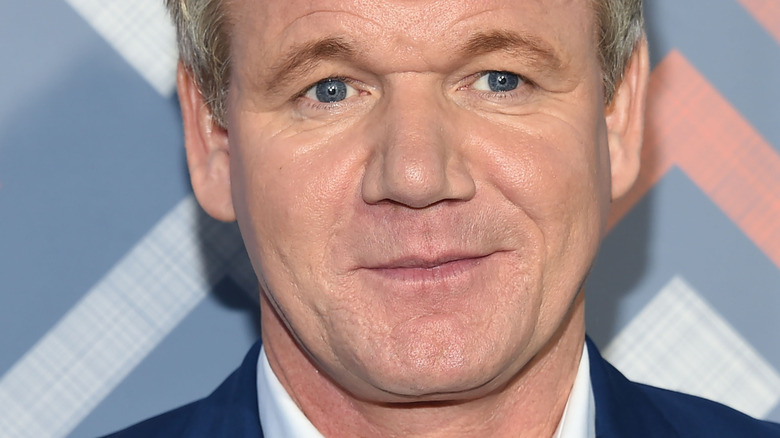 Gordon Ramsay and Bobby Flay are two of the most recognizable celebrity chefs in the biz, and in their own right. Between the chefs’ cooking careers, television shows, best-selling cookbooks, and more, Ramsay and Flay have earned — and secured — their top spots in the industry.

On top of being an Iron Chef, Flay has starred in a wide variety of Food Network and Cooking Channel shows, including “Beat Bobby Flay,” “Worst Cooks in America,” “Food Network Star,” “Brunch at Bobby’s,” “Throwdown with Bobby Flay,” “Boy Meets Grill with Bobby Flay,” and of course, “Iron Chef America: The Series” (via IMDb). He’s also penned a whopping nine cookbooks, including “Bobby Flay Fit: 200 Recipes for a Healthy Lifestyle” and “Brunch At Bobby’s: 140 Recipes for the Best Part of the Weekend” (via Bobby Flay).

Flay also owns several restaurants, including Mesa Grill, Bobby’s Burger Palace, Bobby Flay Steak, and Bobby Flay Americain, and recently opened his newest Italian restaurant, Amalfi, in Las Vegas in May 2021. In addition to his already very impressive (and long) resume, Flay hosts a podcast with his daughter, Sophie, called “Always Hungry,” where the father-daughter duo chat about their love of food, travel, and lifestyle.

Ramsay's accomplishments are just as impressive 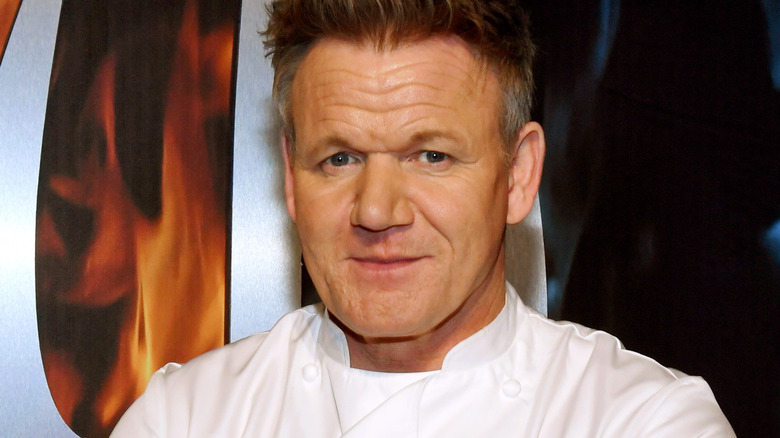 It’s no secret that Gordon Ramsay is one of the most famous and talented chefs in the world, and while it’s a well known fact that the “MasterChef” star can be intimidating, Ramsay is also wildly entertaining, thanks to his unfiltered feedback and no-BS attitude. Over the last two decades, Ramsay’s starred on a plethora of cooking shows, including “Hell’s Kitchen,” “MasterChef Junior,” “MasterChef USA,” “Matilda and the Ramsay Bunch,” “Kitchen Nightmares,” and “The F Word” (via IMDb).

In addition to his many television shows, Ramsay has also penned a number of best-selling cookbooks, including “Gordon Ramsay’s Bread Street Kitchen Cookbook” and “Gordon Ramsay’s Ultimate Fit Food,” and he even has his own homeware collection, with three more lines currently in development (via Gordon Ramsay).

Ramsay, Flay are two of the world's richest chefs 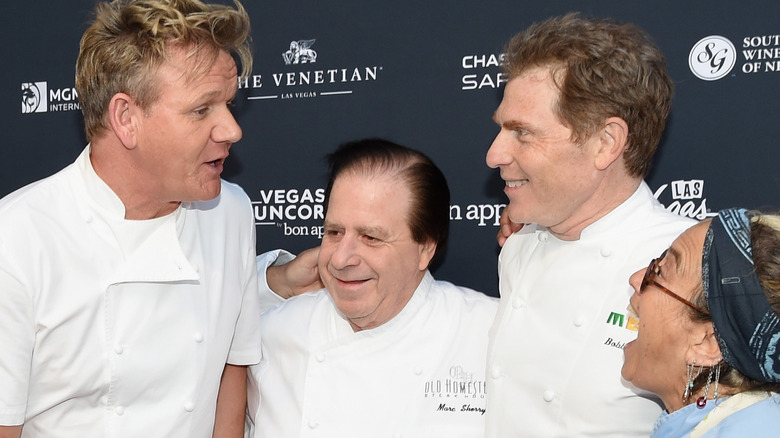 While chef Bobby Flay and chef Gordon Ramsay are both highly accomplished professionals, authors, and television personalities, the net worth of the two celebrities is actually quite different. According to Celebrity Net Worth, Flay is worth around $60 million, thanks to his long-running TV and culinary career. In addition to his Food Network shows, Flay’s also had a bit of an acting career, making appearances on “Entourage,” “Portlandia,” “Angie Tribecca,” “Law & Order: SVU,” and the Disney Channel original movie “Eddie’s Million Dollar Cook-off” (via IMDb). He’s also served as a producer on many of the shows he’s starred in, which likely contributes to his impressive net worth, along with his restaurants and other endeavors.

And although Flay is one of the richest celebrity chefs out there, Ramsay’s net worth blows Flay’s out of the water, as Celebrity Net Worth reports that the “Hell’s Kitchen” star is worth a whopping $220 million, with an average salary of $60 million per year. The fan-favorite chef’s many television shows most definitely contribute to his overall wealth, along with his many restaurants and other professional ventures. The outlet also reports that Ramsay earns $225,000 per episode, and made an impressive $125 million from 2016-2019, earning $60 million from June 2016 to June 2017 and $65 million from June 2018 to June 2019. 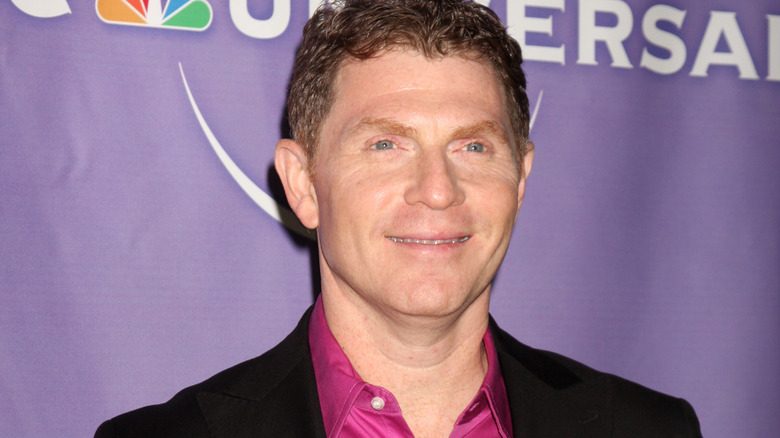 Per Variety, property records indicate that Bobby Flay purchased a “Hudson River-view” apartment in a “Trump-branded” building in the Upper West Side of Manhattan for $1.45 million in 2008, and also purchased a secluded three-acre estate located in a heavily wooded area in East Hampton, New York, in 2009. In 2019, Flay purchased a nearly-4,000 square foot home in the Bird Streets neighborhood in Los Angeles, California, for $6.5 million (via DIRT), and per Architectural Digest, Flay bought a 5,700 square foot home in the Hollywood Hills for $7.6 million in February 2021.

Gordon Ramsay purchased a sprawling mansion in Bel-Air for just under $7 million in 2012, which features “five bedrooms, six bathrooms, generous living spaces, a swimming pool, and a state-of-the-art luxury kitchen” (per AOL via Yahoo). Ramsay also owns a townhouse in London and a number of holiday homes in England, including a home in Cornwall, where the Ramsay family isolated during the first wave of the coronavirus pandemic.

“The family see Cornwall as their family home when the kids are back from uni and Gordon back from filming around the world,” a source told Metro UK in 2020. “It’s where they spend all their family time together, they’ve been spending time there for 10 years and [Ramsay’s son] Jack actually lives in the house there full time, too.”