2020 wasn’t going to end without one more Halsey hair makeover. While joining BTS for a New Year’s Eve performance, the ‘Be Kind’ singer showed off hair reflecting all the colors of the rainbow.

Halsey capped off 2020 in two different ways on Dec. 31: first, she joined BTS for their “Boy With Luv” performance at Big Hit Labels’ 2021 New Year’s Eve Live Show; and secondly, by rocking yet another hairstyle. After debuting the new look earlier in the month, Halsey, 26, used all the colors of the wind to power her performance (or, at least, to color her hair). She coordinated her eye makeup for the performance, and it was a stunning way to close out the year.

2020 will be remembered for a lot of things. One of the year’s rare highlights will be Halsey’s hair. No stranger to drastically altering her appearance to express her current mood, Halsey shared a glimpse of her in braids during a late-summer road trip. “All We Do Is Drive,” she captioned the gallery that showed her with long, black locks down to her waist. A week before that trip, she had short and straight hair and showed off this messy up-do by posing in a red snakeskin-print bikini.

However, by October, the braids were gone…along with the rest of Halsey’s hair. While partaking in the “Girl Don’t Do It It’s Not Worth It” meme, Halsey did an epic hair flip, tossing her long hair down – only to reveal her shaved head! A few weeks after debuting this buzzed look, Hasley got out the hair dye. Despite not having that much hair to color, Halsey was able to turn her buzzed look into this yellow-blue-green psychedelic expression. 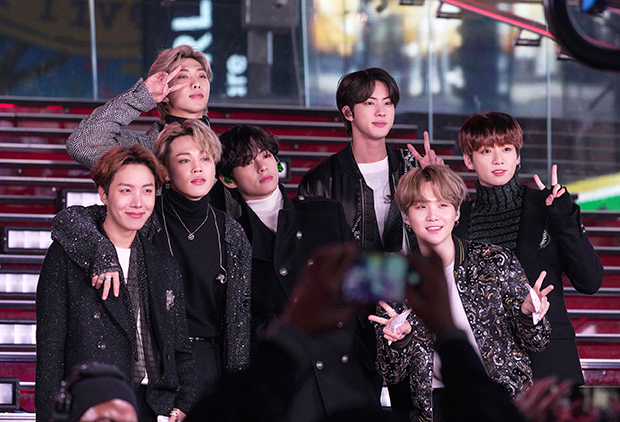 It seems that Halsey wasn’t feeling those colors, because, by the end of November, the blue-yellow-green was gone. Instead, Halsey was a dead ringer for Pink because…she dyed her hair pink. In a Nov. 20 IG Post, Halsey showed she was the master of coordination, matching her hair to her lip color to her eyeshadow. Everything was pink, and everything was glamorous.

Ultimately, Halsey’s 2020 hair-venture ended on this multicolored look. She gave her fans a look at this transformation at the start of December. She posted a picture of her in a hot pink bra, rainbow hair down to her shoulders, and her many tattoos on display. While it’s uncertain what 2021 will bring, odds on, Halsey will change her hair two or four times by year’s end.