First lady Dr. Jill Biden and President Joe Biden are opening up about their marriage. The couple has been married for over four decades, after Joe’s brother introduced him to Jill in 1975, per Insider. Joe’s wife and daughter had died in a tragic car accident three years prior, leaving him as a widower to two sons. Jill was also a divorcee when she met Joe, who pursued her when she was a senior in college.

Back then, Jill wasn’t sure if he was the right guy for her because of their age difference, telling Vogue in November 2016, “He was nine years older than I am!” But her impression of him changed after they went out to see a movie in Philadelphia where they “really hit it off,” and she remarked to her mother that she had “finally met a gentleman.” The couple married in 1977 after Joe proposed five times and waited until Jill was ready to take on the role of his wife and mother to his children.

While the first lady and president have spent their entire marriage in political office, it turns out that the presidency has changed the dynamic of their union. Find out what the Bidens have revealed below. 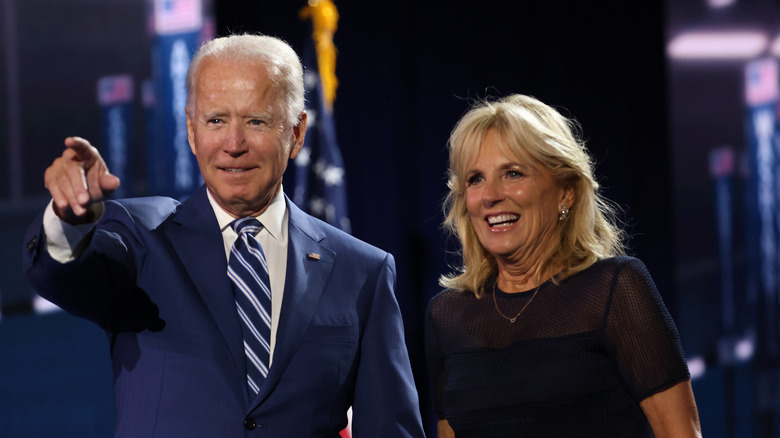 Joe and Jill Biden faced a major milestone when the former was elected into office in November 2020, beating Donald Trump. The couple moved into the White House after the inauguration on January 20, and as Dr. Biden revealed in her August Vogue cover story that life has changed for them because of their busy schedules. However, they still try to make time for each other whenever they can.

“We have to, I think, try a little harder to make time for one another,” Dr. Biden told the magazine. “Even the thing about having dinner together: Sometimes we eat on the balcony; last night we ate in the yellow Oval, upstairs. It’s just part of the day that we set apart, and we still light the candles, still have the conversations, still put the phones away.”

Meanwhile, President Biden candidly revealed that being in White House has changed their dynamics. “I miss her. I’m really proud of her. But it’s not like we can just go off like we used to,” he told Vogue. “When we were living in Delaware and married, once a month we’d just go up to a local bed-and-breakfast by ourselves, to make sure we had a romantic time to just get away and hang out with each other.”

The compromise, Joe said, is “to be able to steal time for one another,” amid their busy schedules. “I think that’s the deal,” he added.