The return of Casa Amor saw six new boys enter the Love Island villa, one of which was baby-faced student Stevie Bradley. 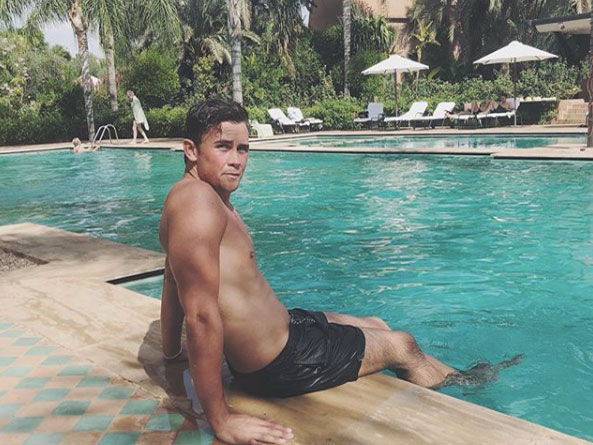 After sharing a smooch with stunning surfer Lucie Donlan, he was booted off the show when she chose blonde mega-hunk George instead.

In Stevie’s cameo on the show he described himself as merely a university student, but it turns out the 21-year-old is a lot more financially stable than most students!

For starters, he drives a Porsche and attended a £23,000-per-year private school all before heading to Northumbria University – where he studies in between jetting to some of the world’s most luxurious destinations.

But where does his money come from?

Sources have revealed that Stevie is in fact the son of business man, Stephen Bradley, who made his millions from a retail and property empire and was even awarded an MBE.

Despite hailing from the Isle of Man there’s no doubt that Stevie is a true Chelsea boy and can often be found in some of the flashiest joints in town – his Instagram page is inundated with pictures at Bluebird Chelsea, The Ivy and Jak’s Kings Road.

We wouldn’t be surprised if the Made in Chelsea producers get in contact soon!

His flashy boasting on social media isn’t restricted to the UK either, with posts highlighting his high life, featuring lavish holidays to the likes of Sandy Lane, Barbados – a favourite of Simon Cowell– along with trips to Dubai, New York, Cape Town, Morocco and the Alps.

He’s also one for a bev, just unfortunately not the kind that fellow Islander, Lucie, wanted! And can be frequently found celebrating in style with a bottle of champagne, or with a pint in his hand.

Perhaps if she’d have known about Stevie’s life of luxury, the 21-year-old model would’ve reconsidered her decision!