Out of sight, out of mind?

In a promotional photo for her annual Christmas address posted Monday, Queen Elizabeth can be seen sitting in front of a festive tree in a cashmere dress. Sweet, right?

Not once you take a closer look!

On the table to her left are four picture frames: one of her husband Prince Philip, one of her son Prince Charles and daughter-in-law the Duchess of Cornwall, another of her father King George VI, and another of grandson Prince William with Kate Middleton, Prince George, Princess Charlotte, and Prince Louis. So… where are Prince Harry, Meghan Markle, and Archie Harrison??

Take a look for yourself (below):

Merry Christmas! This year The Queen's Speech was filmed in the Green Drawing Room at Windsor Castle. It will be broadcast on Christmas Day at 3pm GMT. This year also marked the 75th Anniversary of D-Day and in The Queen's Christmas Speech Her Majesty will reflect on the commemorations. "For the Seventy-Fifth Anniversary of that decisive battle, in a true spirit of reconciliation, those who had formerly been sworn enemies came together in friendly commemorations either side of the Channel, putting past differences behind them. . "By being willing to put past differences behind us and move forward together, we honour the freedom and democracy once won for us at so great a cost.” Watch The Queen's Christmas broadcast on TV, radio and online here tomorrow at 3pm GMT.

Obviously, the Instagram comments quickly turned into team Queen versus team Meghan, with critics weighing in on what looks like a snub to some, and a clear sign of hierarchy to others.

Batting for team Sussex, we have:

“I only came here to see Meghan, Harry, and Archie. Feels like subtle shade and I’m not here for it. #bigmiss”

And for team Windsor:

“For everyone saying she’s snubbed Harry and Meghan… she doesn’t have only two grandchildren and can’t include everyone, it’s clear she’s only included the line of succession and her husband. It isn’t a snub.”

“Her daughter and two other sons are also missing. It looks like it’s just those in direct line to the throne. Calm down.”

“For gods sake, she has the direct succession to the throne displayed in photos… it’s nothing to do with Harry or Meghan 🙄”

While the monarch’s only excuse might pan out to be the reason for the apparent snub, let’s take into consideration that this isn’t the first time the Queen has done some refreshing with her photo collection and left Meg and Har in the dust.

In October, it was quickly noticed by eagle-eyed social media users that a photo of the couple was removed from a table frequently snapped during royal meetings at Buckingham Palace.

On the other hand, if she was selecting images to highlight just the line of succession, why not use a photo of William, Kate, and Prince George only? Instead of one with Charlotte and Louis included? Just saying…

But, maybe we’ll see a photo of them on a second table? Last year, a group pic could be seen on the main table featuring Archie’s mum and dad, while a second image from their wedding placed on the other table further away:

“It’s been a busy year for my family, with two weddings and two babies – and another child expected soon. It helps to keep a grandmother well occupied. “Through the many changes I have seen over the years, faith, family and friendship have been not only a constant for me but a source of personal comfort and reassurance.” Watch The Queen's Christmas broadcast in full on TV and online (via the link in bio).

So, what do you think Perezcious royal experts?? Are we reading too much into this? Or is there really shade being thrown by the crown?? 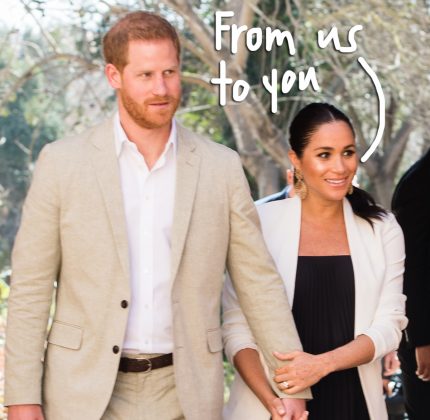 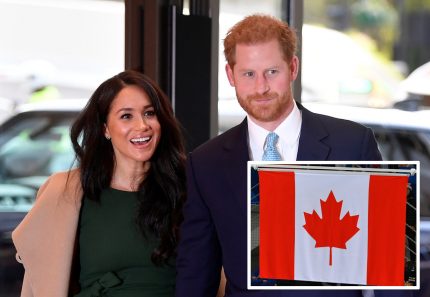 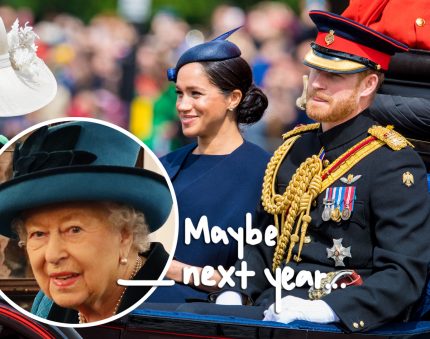 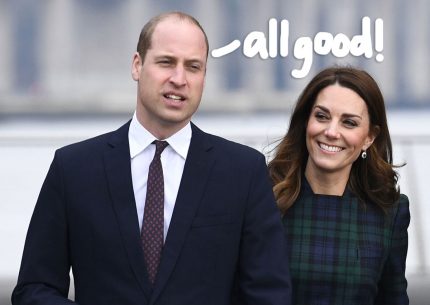