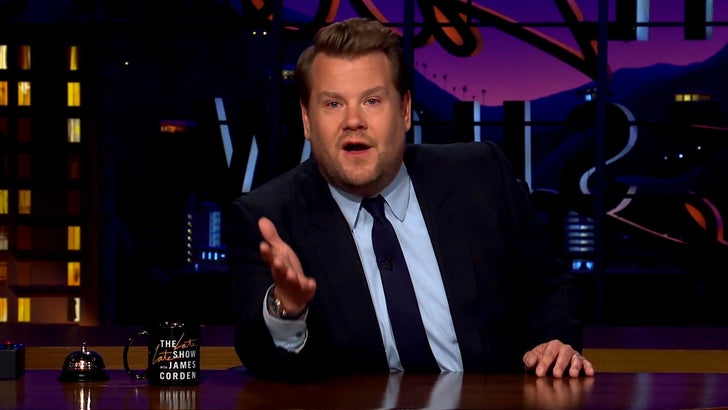 James Corden delivered a tearful monologue Thursday night on “The Late Late Show,” talking about the beginning of the end of his long-running show.

James got his audience excited, telling them he signed a new contract, before flipping to the bad side of that coin — as we reported, it’ll be his final year with James at the helm.

While fighting back tears, he said the show changed his life … he never saw a talk show as a final destination for him, and believes next year will be a great time for him to move on.

This is one of the hardest decisions James has had to make … but he reassured the crowd the end is farther away than it feels — the ‘Late Late’ team is determined to make this the best year they’ve ever had.

As we reported, James announced his departure hours before his show. He confessed leaving had been on his mind for a while — CBS honchos were gunning for a 3-year extension on his contract, but the host agreed to only 1.

Following his announcement, Corden’s fellow late-night star, Stephen Colbert, gave his comrade a sweet send-off on Twitter, while joking about his next onscreen job.