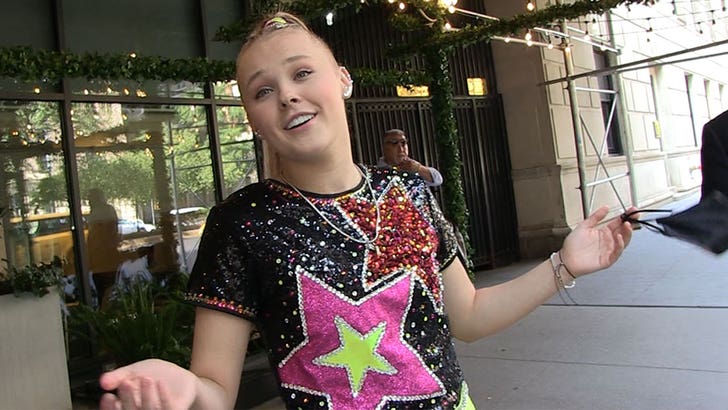 JoJo Siwa says her relationship with Nickelodeon isn’t fractured beyond repair amid a dispute over her upcoming tour … but she says it’s gonna take a lot for them to mend fences.

We got JoJo outside the Loews Hotel in NYC and asked her about Tuesday’s beef with Nickelodeon. She says the network’s blocking her from performing songs from her recently released musical when she embarks on a 37-city tour in January.

JoJo told us her problem is Nickelodeon treating her like she’s just a brand … and forgetting she’s a person too.

You can tell from her tone … JoJo’s ticked off the relationship’s gone south. She says she’s frustrated folks with less tenure than her at Nickelodeon are trying to call the shots on what she can and can’t sing.

While JoJo says her home network’s not supporting her … she’s turning to other child stars like Bella Thorne, Miley Cyrus and Demi Lovato for sage advice.

Sounds like JoJo’s hopeful they can still come to an agreement before her tour, but she also leaves open the possibility of going against the grain.

Bottom line for JoJo … she’ll stay loyal to her Nick fam, until they hurt her — and it sounds like they’re right on the edge.