Getting emotional. Kaitlyn Bristowe opened up via Instagram Story on Saturday, July 17, about feeling lonely and isolated this weekend.

The former Bachelorette, 35, broke down in tears over being away from home and her loved ones. The “Off the Vine” podcast host shared a selfie of herself crying on her Story with the caption, “My tear tattoo fits perfectly,” followed by a series of candid videos. 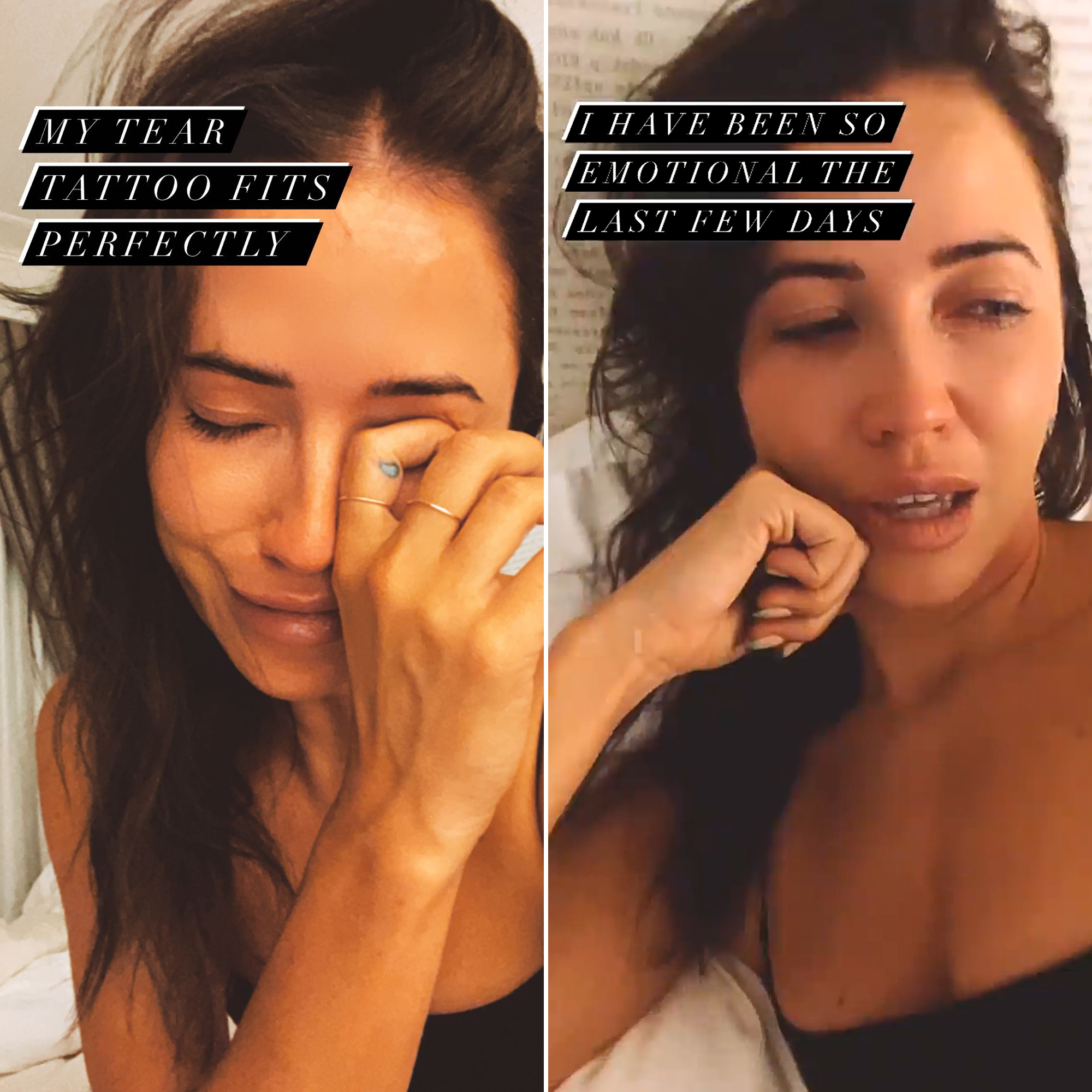 Bristowe explained on the next slide that she had been “so emotional the last few days” via a caption. “I used to put on Family Guy to cheer me up if I was ever sad and now I just find it stupid,” Bristowe said. “Anyways, it’s so hard sometimes being away, like, I mean I haven’t been back to Canada in two years.”

The Bachelorette cohost, who hails from Canada, explained that she had been feeling homesick following a call with her family members.

“I was FaceTiming my dad today, and I’m just feeling so lonely and obviously Jason [Tartick] left and he is having family time,” she explained. “I was supposed to be there and I couldn’t ‘cuz of work stuff and I’m just missing them and I miss the dogs and I’m just having a moment and, uh, I need a show to cheer me up.”

The Dewed It founder then asked her fans for series or movie recommendations to help distract her from her somber emotions. “So, anything that cheers people up ‘cuz I’m just missing so many people and dogs right now,” Bristowe added with a chuckle between tears. “Damn it.”

The former Dancing With the Stars champ also revealed how hard it is to constantly be away from her close circle of friends and family.

“I was also FaceTiming with my mom and my niece and nephew yesterday and it’s just like, nah,” Bristowe said. “It’s just been so long since I’ve seen them, and I know you guys know how close I am with all of them.”

She continued recording through her tears, “It’s been really hard, and I love Jason’s family so much, so I wish I was with them too, but it’s hard because people give me s–t sometimes even about, like, ‘Why aren’t you with Jason for this?’ or ‘Why do you leave the dogs?’” 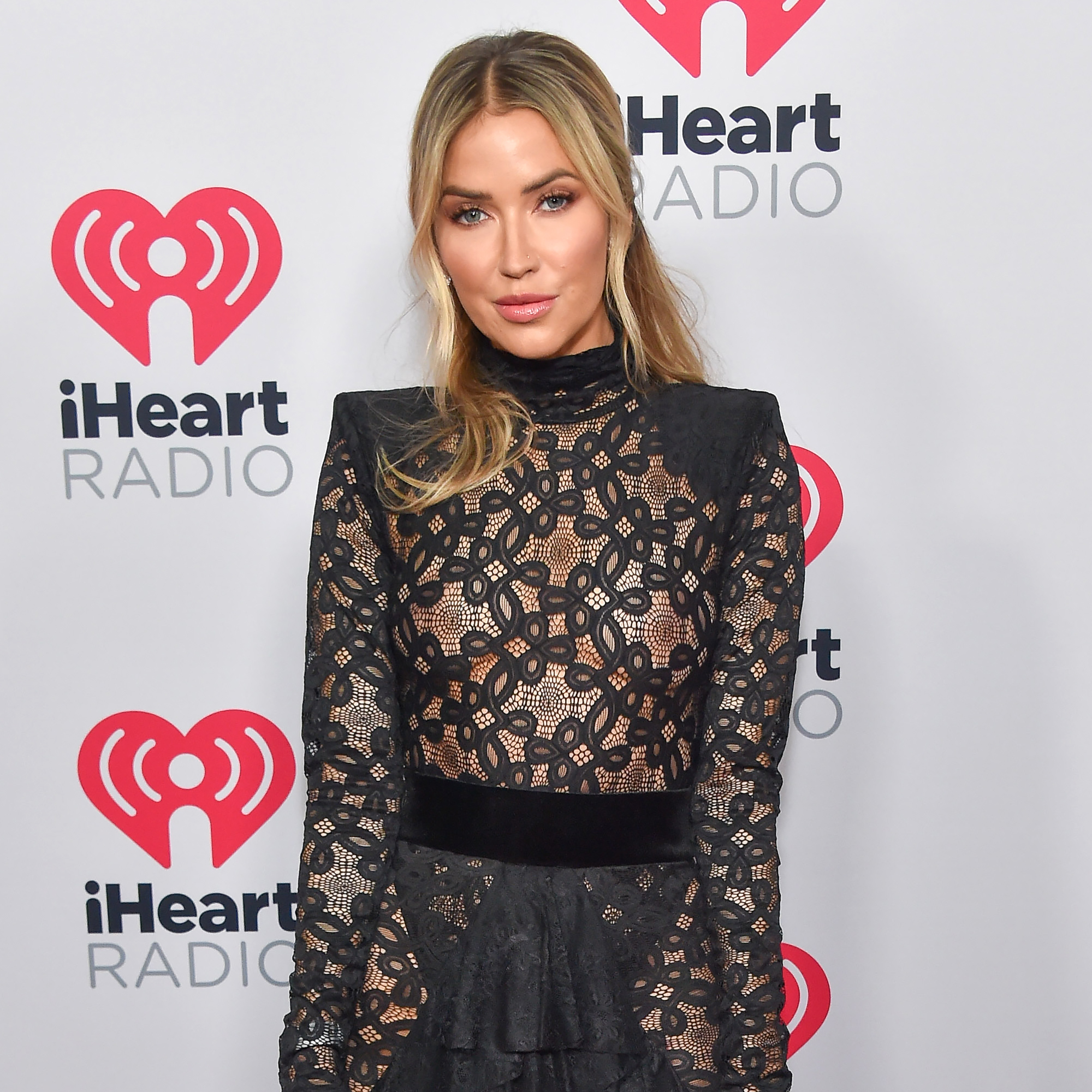 She concludes her series of late-night videos soon after. “Okay, I’m gonna go sleep,” she added. “I shouldn’t have even asked for movie recommendations because that forces me to go into my DMs and then I see things like people saying, ‘have some dignity,’ ‘pull it together,’ ‘stop crying,’ ‘privileged problems LOL.’ I’m like, ‘oh yeah, I forgot that’s what I got in my DMs.’”

The Canada native is no stranger to getting real and clapping back against the haters. In June, Bristowe hit back after a bunch of online trolls questioned why she looked so “different” during an episode of the ABC reality series.

“[Six] years since I was on the show, Brow lift, brow micro blading, got my teeth bonded, some filler In my lips, aging, darker hair, and I finally learned how to contour,” the DWTS alum replied at the time. “Oh and I put on some weight. … So sick of women commenting on my face. Jesus.”

Tartick, 32, revealed in July that he’s sick of the “grotesque” comments that his fiancée has often received.

“I don’t know why people think it’s OK to say the s–t they do on Twitter,” he shared on the “Click Bait With Bachelor Nation” podcast. “There’s so many things in this world we can control, and there’s so many things we can’t control. Our looks and things like that are most of the things we can’t control. And the way that people make comments, nasty comments, about people’s appearances — and obviously, specifically, I’m referring to Kaitlyn — it’s grotesque. It’s a joke.”