Kim Kardashian and Pete Davidson Are "Texting All Day Every Day"

Kay, at this point we’ve all come to accept the inexplicable fact that Kim Kardashian and Pete Davidson are dating. Like, it’s a thing! But how serious are they, you ask? IDK, apparently whatever level of serious “texting all day” counts as.

According to a source who spoke with Hollywood Life and may or may not need to be taken with a grain of salt, “Kim has not stopped talking to her sisters about Pete since SNL. This isn’t like Kim because Kim gets bored so easily and right now she is still giddy about the guy. She knows about his reputation and about his past but she doesn’t care. She has a past too and if anyone can get a man to become attached to one woman it’s Kim. They text all day everyday and she shares these texts with her sisters. She is very much into him and this is not a fling it seems.” 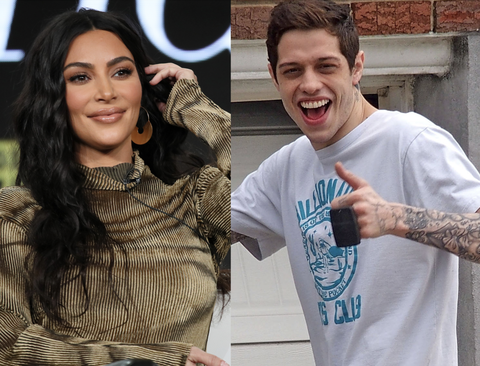 And apparently there’s one very specific thing Kim is into when it comes to Pete. His sense of humor.

“Kim never saw this one coming but yeah, she’s very attracted to Pete,” another source mused. “I think most women can admit that a great sense of humor in a guy can be very attractive. It has a certain allure that women are drawn to. And Pete just has that quality about him. He’s a naturally charming guy and just fun to be around. Kim doesn’t have any expectations at this point because she’s just having fun with it. She thinks Pete is a really great energy to be around and she’s definitely open to seeing where things go. For now, she’s playing things by ear and taking it day by day.”

We’ll say it again: what a time to be alive.