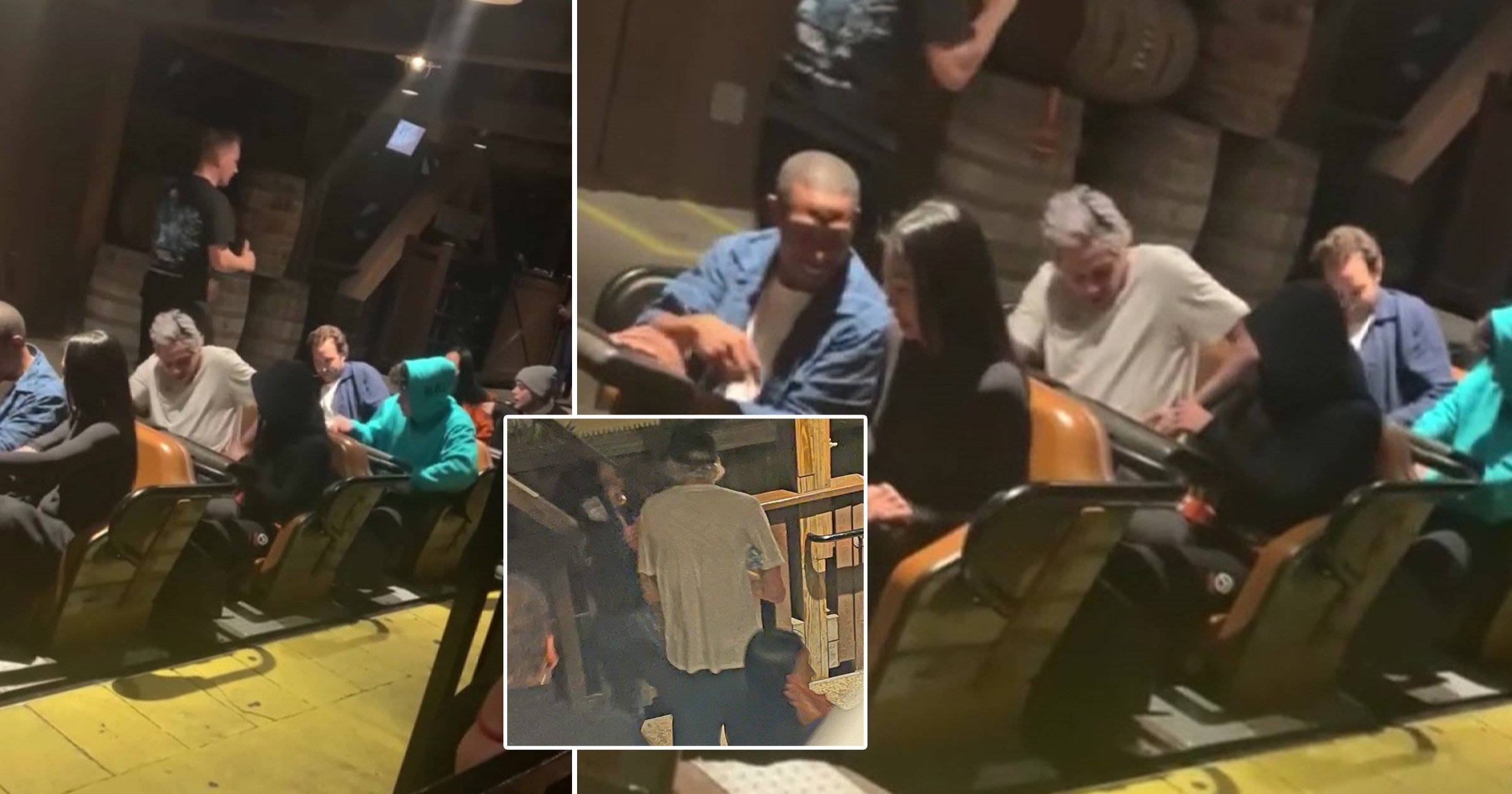 Kim Kardashian and Pete Davidson’s closeness on a recent spooky night out has left us all wondering if Kim is following in her sister Kourtney’s footsteps by nabbing an alt boyfriend.

And while the rumours stemmed from the pair holding hands on a rollercoaster, what they weren’t doing could be more of a tell-tale sign.

Body language expert Judi James examined new pictures of Kim, 41, and Pete, 27, at Knott’s Scary Farm in Buena Park, California, and while she didn’t see much in the way of PDA between the stars, she reckons ‘friends would possibly act differently’.

Judi told Metro.co.uk: ‘Pete Davidson is like catnip to many A-list celebrities which is probably why speculation about some kind of romance with Kim after the pair flirted and kissed on screen on Saturday Night Live was always going to be on the cards.

‘Sharing a ride here they have sent the rumour mill into overdrive although, maybe sadly, their body language is very thin gruel indeed in these current photos.

‘They show the pair at the end of the ride and Pete’s hands look busy trying to unbuckle rather than to clasp Kim’s.’

She continued: ‘What they are doing that could well feed the rumours though, is trying to ignore one another and to hide from the cameras. Friends would possibly act differently, with Pete perhaps waiting to help Kim out of the carriage and share some laughter rather than dashing off, giving her a view of his back.

‘So it’s what they’re not doing rather than what they are doing that could fuel the rumours here.’

Kourtney and Travis organised the night out, with SKIMS CMO Tracy Romulus, Steph Shepard and Harry Hudson also in attendance.

However, considering Pete’s past record with A-list ladies, it’s no wonder the speculation begun.

The King of Staten Island star has dated Cazzie David, Kate Beckinsale, Margaret Qualley and most recently Bridgerton star Phoebe Dynevor, while he was briefly engaged to Ariana Grande.

Meanwhile, Kim is single after filing for divorce from Kanye West in February.

While reconciliation rumours emerged when Kim supported her ex at his Donda listening parties, it seems that the estranged spouses are simply on good terms, and are co-parenting their four children – North, eight, Saint, five, Chicago, three, and Psalm, two.

Kim previously met Pete through her estranged husband, as they hung out together at Kid Cudi’s birthday party in January 2019.

The pair recently shared a kiss on Saturday Night Live during an Aladdin and Jasmine sketch while Kim hosted for the first time.

Who knew the end of Keeping Up With The Kardashians would have us struggling to keep up with the Kardashians?