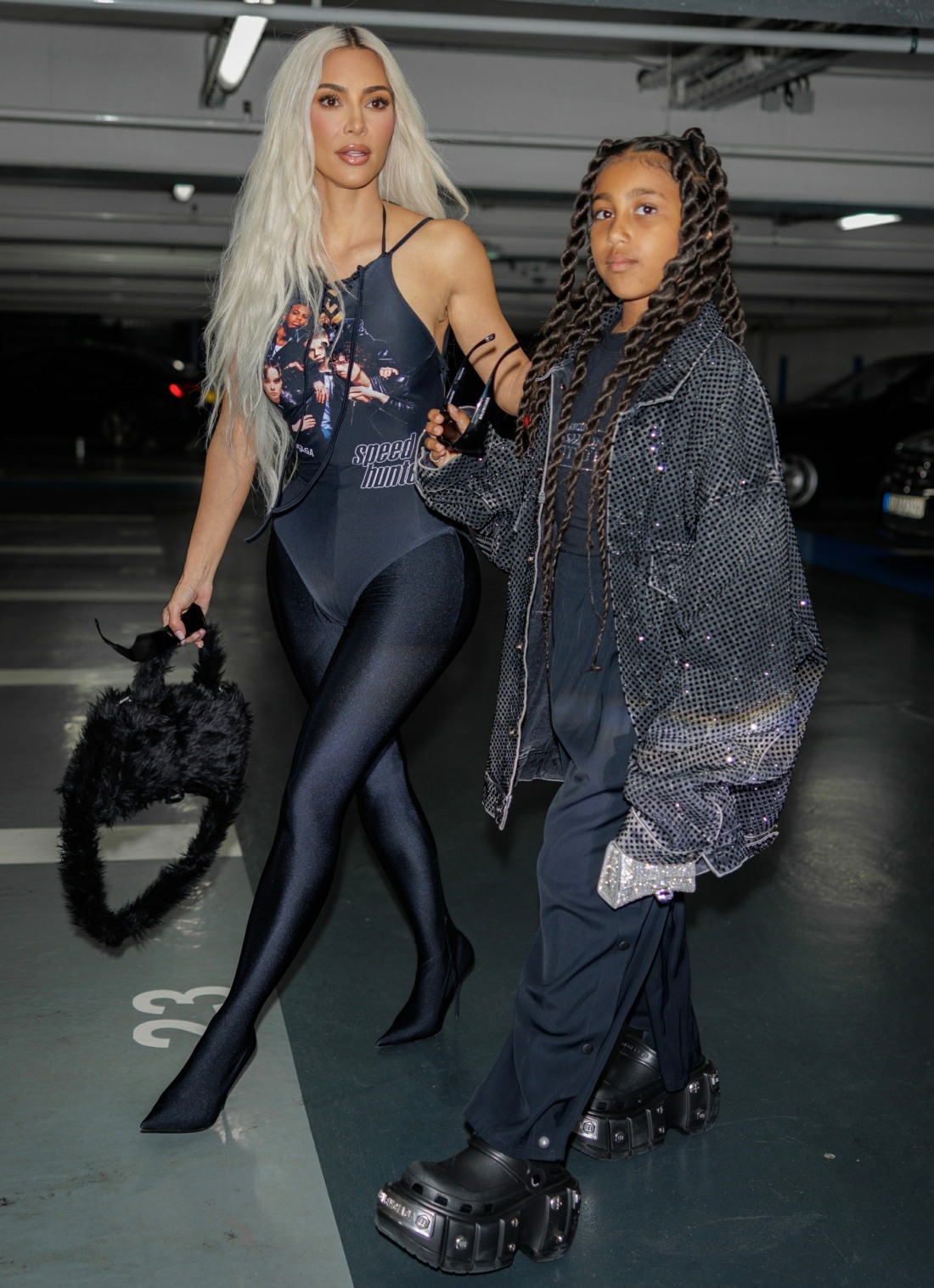 In May 2018, in the midst of yet another manic episode featuring delusions of grandeur, Kanye West stopped by the TMZ office and ranted on camera for some length of time. TMZ dutifully published an edited version of Kanye’s rant, where he said sh-t like “slavery was a choice.” In the wake of Kanye’s more recent anti-Semitic comments, former TMZ employee Van Lathan told the Higher Learning podcast this week that Kanye’s 2018 TMZ rant also included anti-Semitic hatred too, stuff about how much Kanye “loved Hitler”. Lathan says that TMZ higher ups decided to edit out the anti-Semitic stuff. It turns out that Tucker Carlson’s producers also edited out some of Kanye’s anti-Semitic hate speech in the interview he did last week.

All of that leads me to wonder how long people have been covering for Kanye. I’ve always believed his hate speech and racist bullsh-t was a lot worse than we even knew, and there’s now evidence that yes, that’s exactly what was happening. How long did Kim Kardashian sit by and listen to Kanye spew that kind of hatred before she had enough? According to Page Six’s sources, Kim is completely over it, even though she’s probably heard it all before.

Kanye West has crossed the line with Kim Kardashian. The Skims mogul is so fed up with Ye’s behavior that she doesn’t even talk to him about their kids’ schedules anymore without a third party, sources familiar with the situation tell Page Six.

“They have had zero communication in several weeks, and all communication regarding the kids’ schedules are now coordinated through assistants,” a source told Page Six.

We’re told Kardashian was repulsed by Ye’s “White Live Matters” shirts, his subsequent interview with Tucker Carlson, and his anti-Semitic tweets, which “she is very upset by” according to the source.

“She has had enough of his conspiracy theories, bullying and hateful rhetoric,” the source said. The couple were married for seven years, and Kardashian filed for divorce in 2021. Another insider told us of Ye’s behavior that, “everyone is now seeing for themselves, was the catalyst for the divorce.”

The source added: “In the past, when Kanye would spiral and destroy everything in his path, Kim would be the person everyone would call to get him help or be the only one who could get him to snap out of his dark mental state.”

Kardashian “felt it was best to end the marriage when she realized she could no longer help someone that didn’t want to be helped,” they added.

Now it seems Kanye has found a new shoulder to lean on in pal Candace Owens, the conservative Blexit founder, who accompanied him at his Paris Fashion Week show donning the “WLM” t-shirt. Kardashian and Ye were said to be in a cordial place just four weeks ago — but, “things took a turn when Kanye started alienating himself by hanging around Candace,” the first source said.

Sources close to West confirmed he is firing “anyone who has disagreed with him” on his team in an effort to build a political team, which includes Owens, to help launch a 2024 presidential campaign. “She’s calling around on his behalf and working for him. It’s like she’s his publicist and advisor,” our insider believes.

“Everyone is now seeing for themselves, was the catalyst for the divorce.” Yeah but Kim repeatedly emphasized that Kanye’s mental health issues were not the reason. I know she’s in a tough place and she also never wanted to look like she was dumping Kanye over his bipolar disorder. I’ve never blamed Kim for getting out, I’ve never blamed her for saying “enough,” and I respect the fact that her focus is on her children and making sure that she maintains some kind of civility with Kanye for the sake of their kids. But it’s genuinely upsetting to think about all of the vile, hateful rhetoric Kanye has spewed for YEARS, and how much of it could have been in front of the kids too. In the end, I wonder what took Kim so long to get out.

Some photos of Kanye and Candace Owens last night: 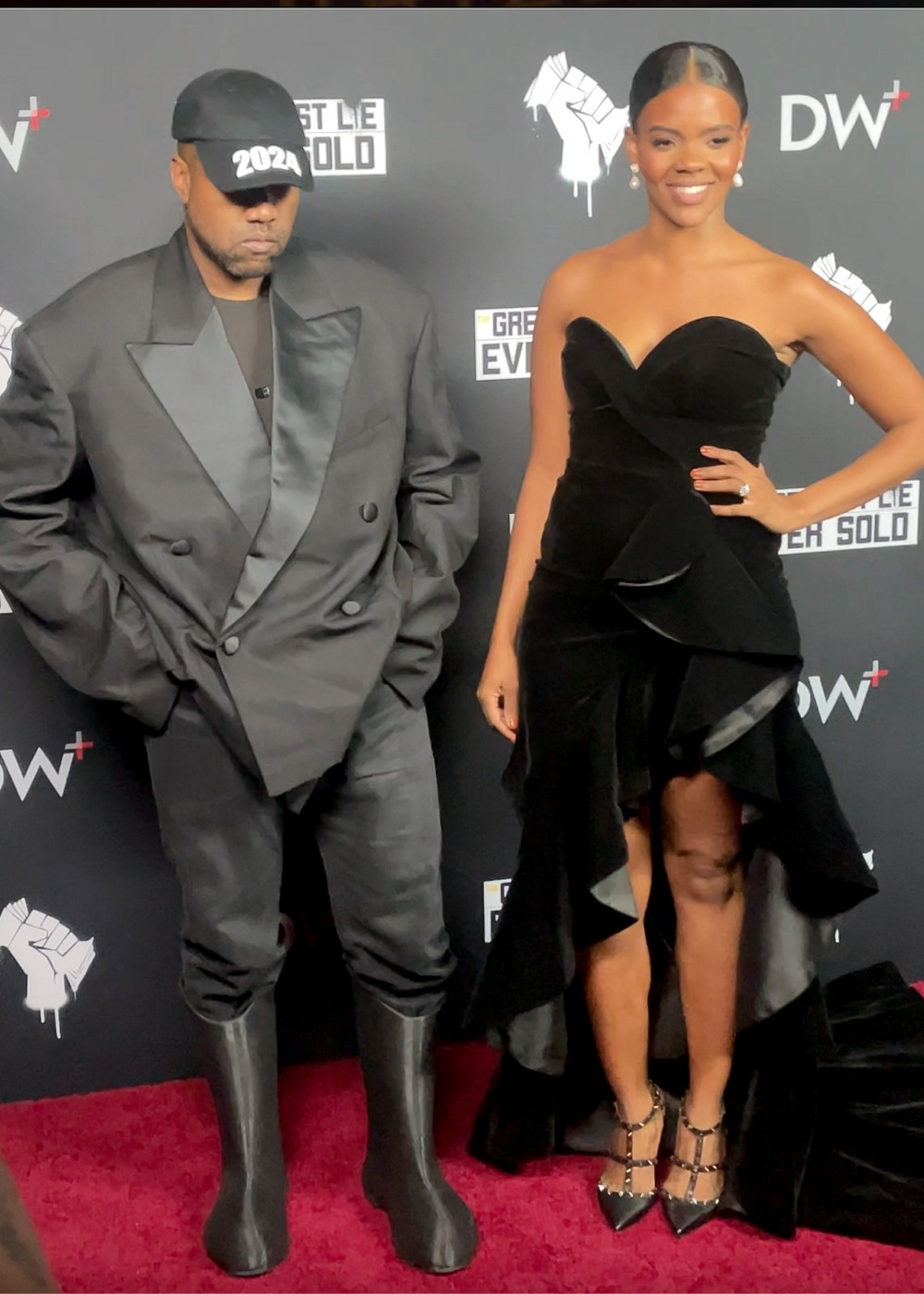 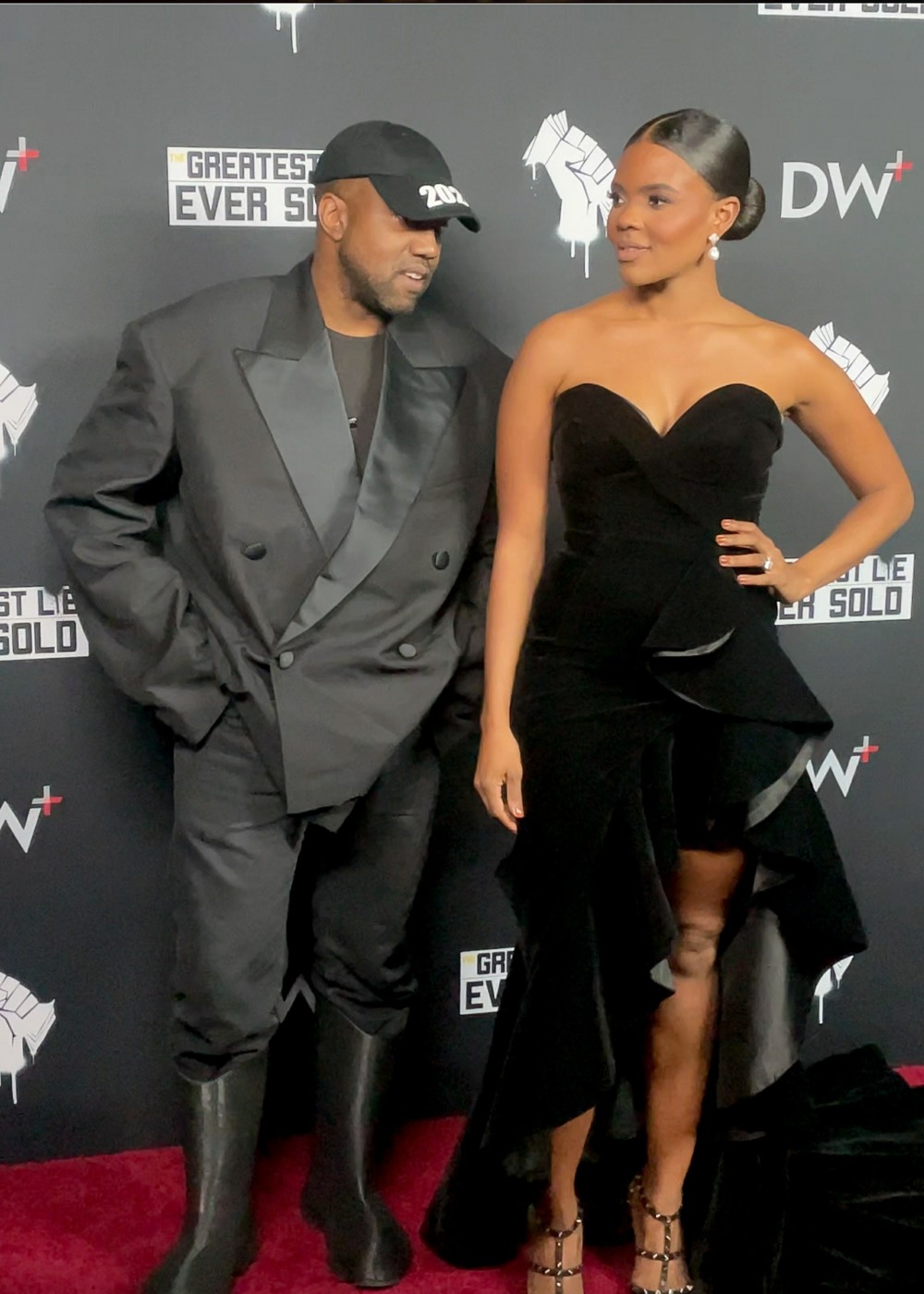