Kim Kardashian mysteriously shared a message about being ‘messy,’ after footage of Kanye West and Chance The Rapper seemingly arguing had reportedly leaked.

Was it just coincidental timing? Kim Kardashian, 40, shared a cryptic photo and message about messiness just a few hours after a video leaked of her husband Kanye West seemingly yelling at Chance The Rapper. On Jan. 21, Kim shared a selfie of herself covered in frosting, seemingly from a smashed cake nearby. “Don’t be messy,” she mysteriously captioned the picture.

Although Kim usually uses her Instagram posts to promote her many beauty/retail ventures or other brands, this post didn’t have any tags — making it even more cryptic. Kim shared the “messy” photo just a few hours after a report claimed that a video of Kanye “screaming” at his good friend and music collaborator, Chance, had been posted to YouTube on Jan. 23.

The leaked video had a “YZY TV” watermark in the corner — suggesting that the clip may be from the YZY TV documentary about the making of Kanye’s upcoming DONDA album, according to Daily Mail, which shared the video. It was reportedly taken “over the summer of 2020 at his YEEZY compound in Wyoming,” the outlet added.

Before the confrontation between Kanye and Chance played out, Roc-A-Fella co-founder Damon Dash (who is also Kanye’s business partner) explained what led up to the rappers’ apparent disagreement. “You know my thing is just get rid of the people that are triggering, get them out of here and let’s just have fun being creative. So, you know, Kanye is finishing his album,” Damon said in a separate interview that was also shown in the leaked video, according to Daily Mail.

Damon then reportedly explained how Chance got involved, saying, “Chance, honestly, because of what he was reading, he came through just to check Kanye. You know, again, Kanye deals with his issues at all times. They got into it, but they worked it out. At the end of the day, Chance was there just to be a friend.” While Damon didn’t elaborate on what Chance had been “reading,” at the time, Kanye had cried at his presidential campaign rally and shared controversial tweets about his wife and mother-in-law, Kris Jenner.

Later in the leaked video, Chance is shown approaching Kanye and they have an “animated conversation” and Kanye eventually “began to yell,” according to Daily Mail. Their conversation, though, could not be clearly heard.

Despite the reported drama, Chance showed his support for Kanye’s presidential campaign in the summer of 2020. “Are u more pro biden or anti ye and why? I get that you’ll want to reply that you’re just tryna “get trump out” but in this hypothetical scenario where you’re replacing Trump, can someone explain why Joe Biden would be better??,” the “Favorite Song” rapper had tweeted in July of 2020. Chance has collaborated with Kanye in the past, and one of their most popular collaborations — 2016’s “Ultralight Beam” — enjoyed a viral comeback on Twitter in 2020. 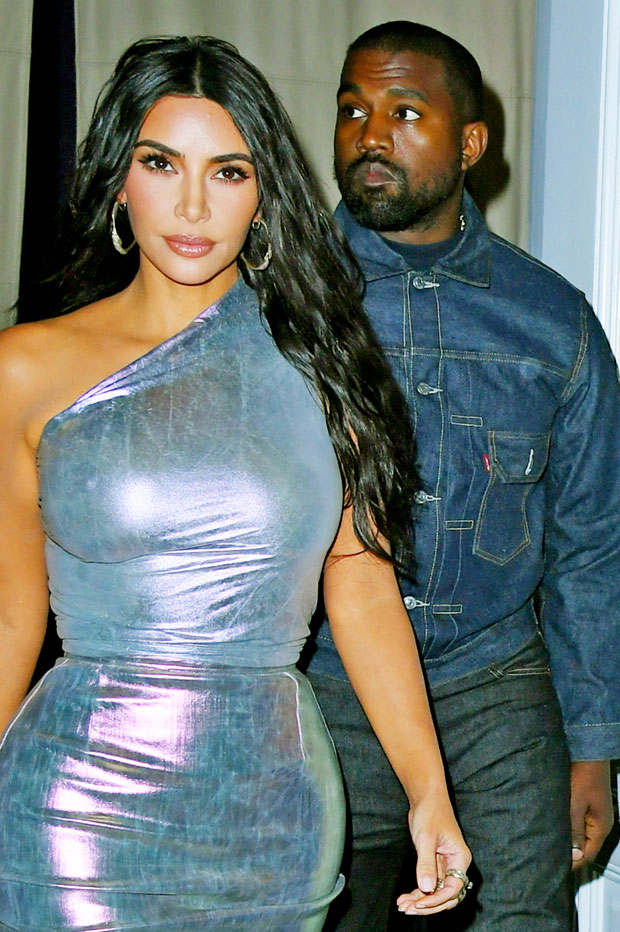 Kim also shared her cryptic message amid reports of marriage troubles with Kanye, which began surfacing on Jan. 5. One such report claimed that “divorce is imminent” for the married couple of six years, per Page Six, but we’ve heard that Kim has not made any official moves to end their marriage.

“Kim is not rushing filing for divorce. She loves Kanye very much and she doesn’t want to rock the boat now that they just started talking again. So now, she’s waiting,” a source close to the family EXCLUSIVELY told HollywoodLife. “She’s been talking to Laura Wasser for awhile now, but hasn’t asked her to draw anything up. They’re both very upset with each other, but she’s more upset while he’s feeling more angry over things.”