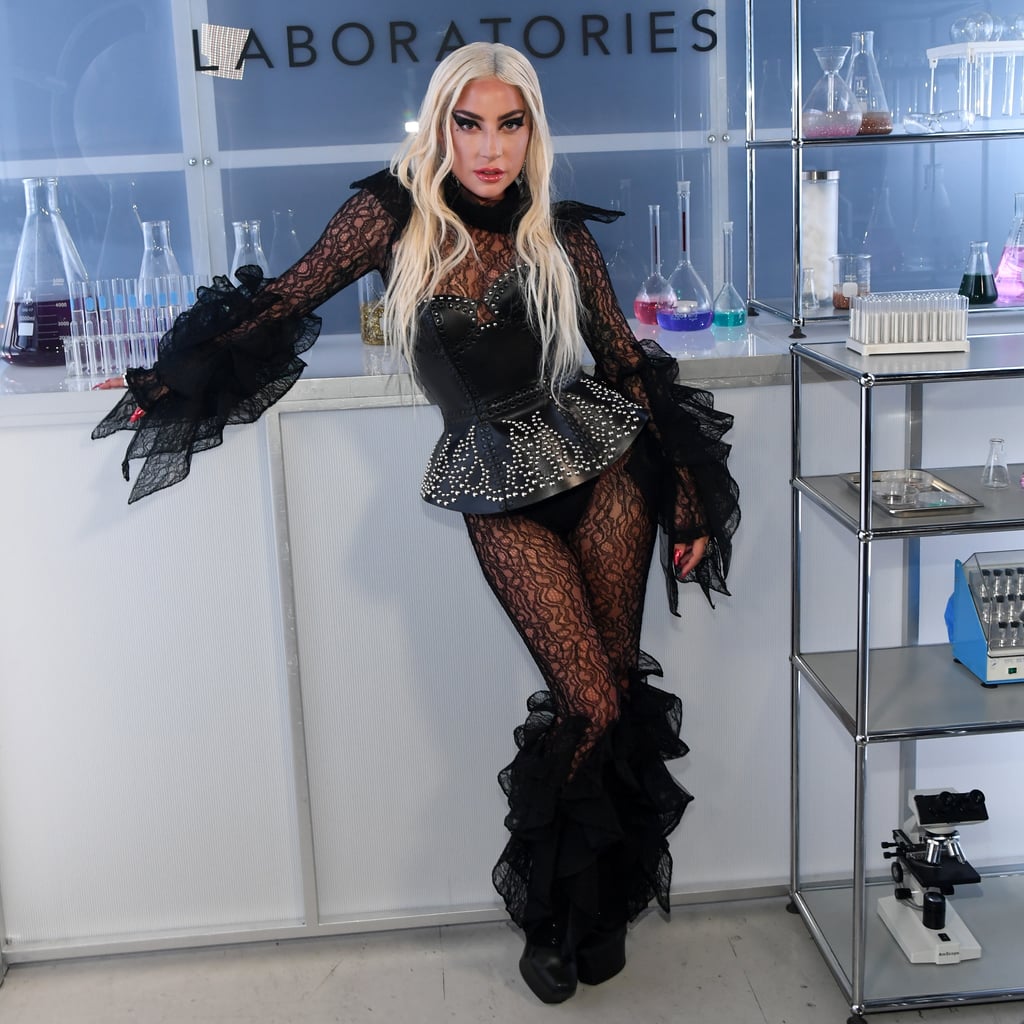 Lady Gaga celebrated the launch of her Haus Laboratories beauty line at Santa Monica’s Barker Hangar on Monday night. The 33-year-old singer steamed up the event in not one, but three different black ensembles, giving us flashbacks to her Met Gala appearance from earlier this year. In fact, she was so “snatched” that she didn’t know what to do.

During the event, Gaga DJ’d a set and posed for photos with her makeup artist, Sarah Tanno, and producer Bobby Campbell. She also delivered an inspiring speech about the power of makeup before debuting her collection, which is available at HausLabs.com and Amazon.

“I have always, even prior to my career, wanted to spread love around the world,” Gaga told the crowd. “At first I found that way through music, but it was the discovery of makeup that helped me transform into the artist and person I always wanted to be. It helped me to love myself. No matter what. With the makeup or not . . . I’m standing here braver than I’ve ever been. I’m overcoming obstacles. I’m dealing with my own mental health issues around fame. And finally, being able to really show up for the world the way that I want to, in the way that I believe I’m supposed to.”

Gaga’s latest appearance comes amid reports that she’s dating audio engineer Dan Horton following her February split from Christian Carino. The two were photographed kissing during a brunch date in Studio City, CA back in July, and two months later, fans spotted them together at The Cure concert in Pasadena, CA. Between her new beauty line and a possible new romance, Gaga certainly has plenty to be excited about.