Lauren Goodger has been slammed for plugging an ad recruiting girls for £1,000-a-week webcam jobs. 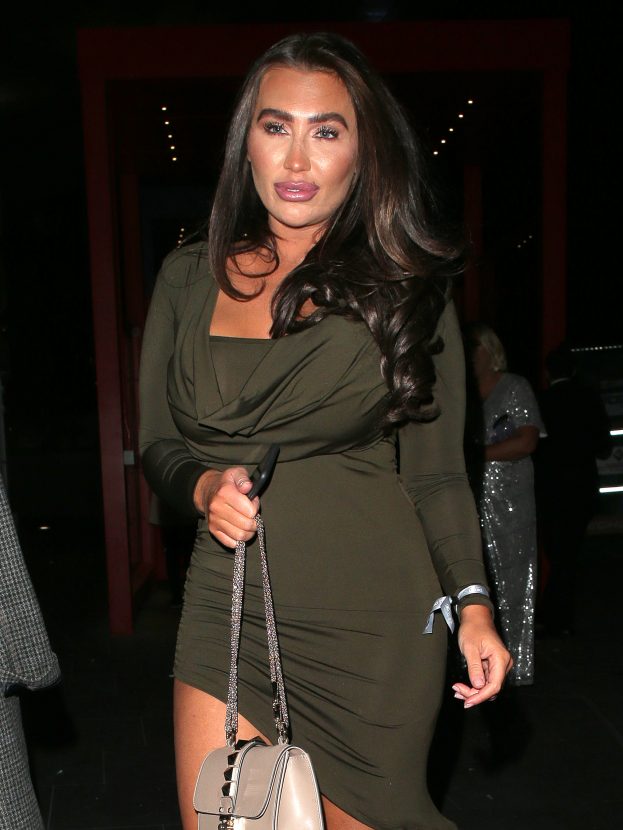 The former TOWIE star, 32, shared the advert from a webcam modelling agency on social media and added a list of ‘benefits’ of the job.

She went on: ‘On Going Support. Work From Home. Free To Join. No Experience Necessary. Get Paid This Tuesday. 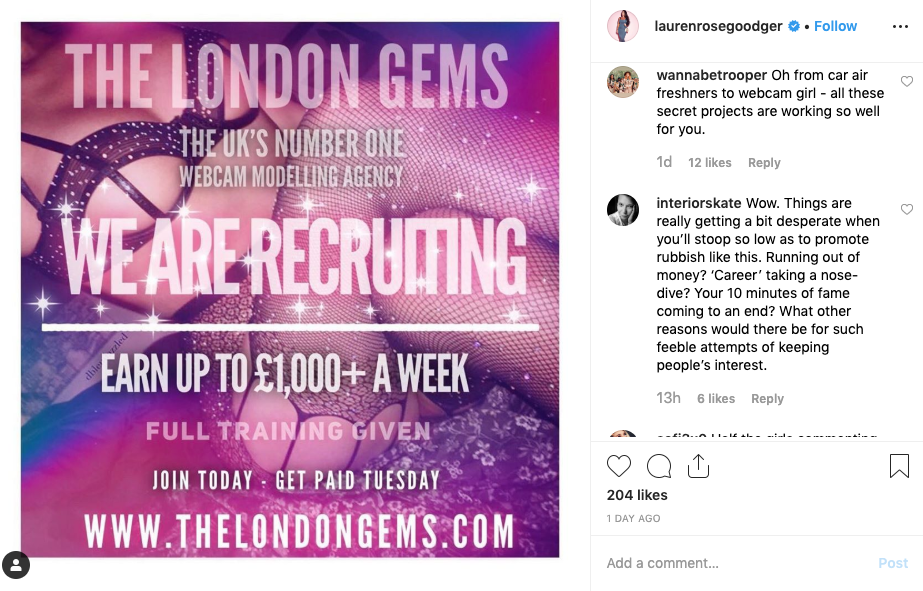 ‘Whatsapp Support Group. Our Webcam Models Are Taking Home up to £1000+ Every Week.’

News, competitions and exclusive offers direct to your inbox

However, the reality TV star’s post was soon met with a huge backlash from her followers who criticised her for encouraging girls to get involved in sex work.

Some called it ‘sleazy’ and a ‘disgrace’, while another said, ‘I think you should be ashamed to put your name to this.’

‘Supposed to be a role model to people especially the younger ages that look up at you and you’re advertising sleazy c**p like this? Should be ashamed,’ said someone else.

While another follower added in disbelief, ‘Wow. Things are really getting a bit desperate when you’ll stoop so low as to promote rubbish like this. Running out of money?

‘Career taking a nose-dive? Your 10 minutes of fame coming to an end? What other reasons would there be for such feeble attempts of keeping people’s interest.’