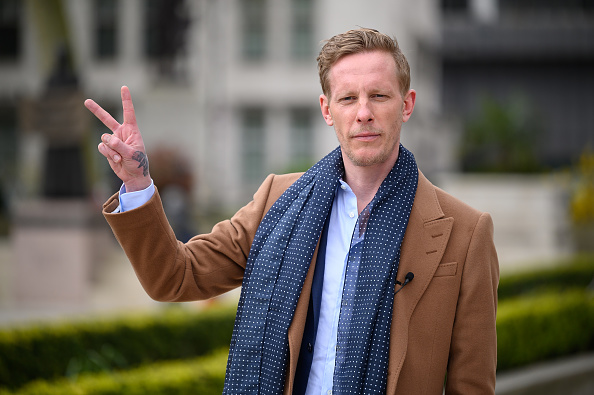 Laurence Fox is apparently a man now off the market, according to an announcement he’s shared.

The actor-turn-London mayoral candidate clearly loves a bit of pomp and ceremony with his announcements (having previously jokingly announced his engagement to author Kathy Gyngell last year) and went all out for one this week.

Taking out a spot in The Telegraph, Laurence, 43, announced he was ‘engaged’ to one Arabella May Fleetwood Neagle, before repeating the news to his 305,000 followers on Twitter

He wrote alongside a photo of the notice: ‘She said yes.’

The announcement first emerged in Monday’s edition of the paper under its forthcoming marriages section, with the words: ‘The engagement is announced between Laurence Paul Fox and Arabella May Fleetwood Neagle.’

Arabella, however, appears to have zero online presence, and has managed to lead a brilliantly under-the-radar life for someone as in the public eye as Laurence.

He was previously married to Billie Piper for eight years, before the pair divorced in 2007. They share children Winston, 12, and nine-year-old Eugene.