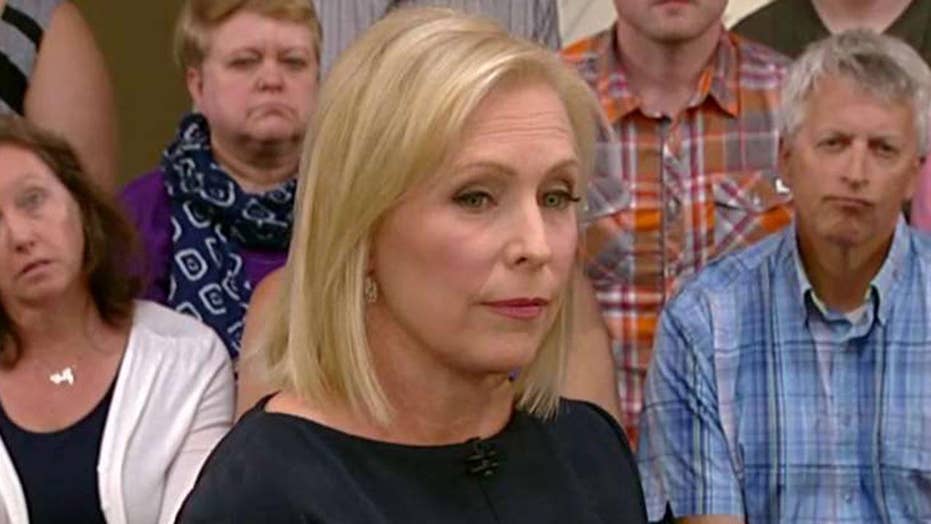 Democratic presidential Sen. Kirsten Gillibrand says if Democratic donors are angry that she stood by Sen. Al Franken’s accusers ‘that’s on them.’

"View" host Whoopi Goldberg derided the #MeToo movement's rush to judgment and apparent aversion toward due process for former Sen. Al Franken, D-Minn., before his resignation in 2018.

"That's a witch hunt because the MeToo movement came up and everything everybody said — there was no space to say 'well, wait a minute, let's talk about this,'" she said.

She and her co-hosts were discussing a New Yorker story in which Franken said he regretted his decision to resign amid multiple sexual misconduct allegations.

"It was kind of a political hit in many ways," fellow comedian Joy Behar said. She pointed to Franken's efforts in "questioning" former Attorney General Jeff Sessions. "He was a big target," she added.

She went on to claim that radio host Leann Tweeden's story had "holes" in it, although she clarified she wasn't trying to argue that she was lying.

Behar also reflected on Franken's apology, indicating that it was a bad decision because Trump has succeeded in not apologizing in response to allegations against him. "He apologized immediately, which didn't work… Did Trump ever apologize for any of these sexual assaults he's been alleged to have done? No," she said.

"It was nowhere near her actual breasts," Behar said, referring to the allegation from Tweeden. Tweeden famously kicked off allegations against Franken when she released a photo in which he appeared to be touching her military jacket near her breasts as she slept.

"She was wearing a flak jacket. The problem with that was she was sleeping and he admits that was wrong," Behar argued.