Lil Nas X Celebrates His New Hyperrealistic Wax Figure: "Are We Twins or What?" 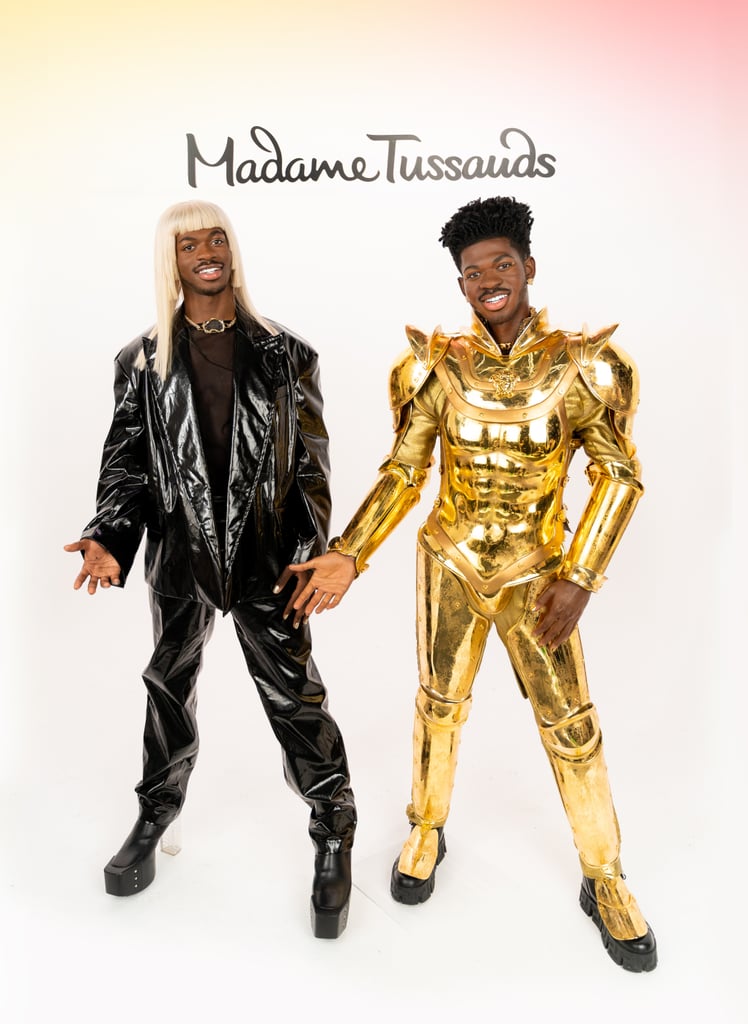 Lil Nas X Celebrates His New Hyperrealistic Wax Figure: “Are We Twins or What?”

Lil Nas X has us seeing double. On Sept. 20, the “Industry Baby” singer attended the unveiling of his new wax figure at Madame Tussauds Hollywood. Dressed in his iconic gold Versace suit of armor from the 2021 Met Gala, the figure exudes the same power and decadence as the rapper onstage and on the red carpet. In side-by-side photos of Lil Nas X and his wax twin, it’s difficult to tell them apart. Luckily, the real Lil Nas X made sure to wear a blond wig with bangs for the occasion to save fans any confusion.

“Never thought i would get the pleasure of meeting myself. the sexual tension was too much to bare. thank you @madametussaudsusa!” he captioned a video of himself meeting the wax creation for the first time. “Are we twins or what? I knew this was going to be good but this is like, scary amazing,” Lil Nas X added in a press release. Confirming the striking resemblance between the IRL artist and his wax doppelgänger, Skai Jackson commented, “Oh they nailed this. Looks JUST like you.”

In addition to rocking the rapper’s exact hairstyle and Met Gala outfit, the meticulously-crafted wax figure was intricately adorned with Lil Nas X’s Versace earrings, his gold choker, pointed eyeshadow, and his custom Versace manicure from the event. The “Montero” singer’s wax figure is also the first Madame Tussauds piece to have a grill.

The unveiling of Lil Nas X’s Madame Tussauds replica comes just days before the release of his new single, “STAR WALKIN,” in collaboration with Riot Games and the League of Legends’s 2022 Worlds Tournament. “We’re thrilled to welcome Lil Nas X into the Madame Tussauds Hollywood family,” said Madame Tussauds Hollywood General Manager Therese Alvich. “As a musical, social and fashion icon, this figure marks an extraordinary addition to our museum. We’re excited for his fans to interact with the star’s identical twin!”

Take a close-up look at Lil Nas X’s official wax figure from all angles ahead.