‘Little House on the Prairie’: This Co-Star Was Such an 'Introvert’ That Karen Grassle Didn’t Get to Know Him

Karen Grassle, former star of Little House on the Prairie, revealed what really went on behind the scenes during her time on the hit TV show. Despite starring in the series for almost a decade, Grassle says she didn’t get to know one co-star. Here’s what she said about the “introvert” she worked with.

Grassle got to know many of her cast members, and some became close friends. One co-star who turned into a lifelong friend was Katherine MacGregor, who played Mrs. Oleson. Grassle, who says MacGregor liked to be called Scotty, described her as a “large-boned, sexy brunette.” She says she and MacGregor got along right away. “We hit it off immediately because we both liked to rehearse, and we both loved to laugh,” says Grassle.

One thing Grassle loved about MacGregor was that she approached her role with passion. She says MacGregor wasn’t afraid to give everything she had to the role, which required her to play a villain. According to Grassle, this can be tough for some actors, because they want viewers to like them.

“Scotty attacked her character with courage, unafraid to be disliked,” said Grassle. “I loved that about her.” 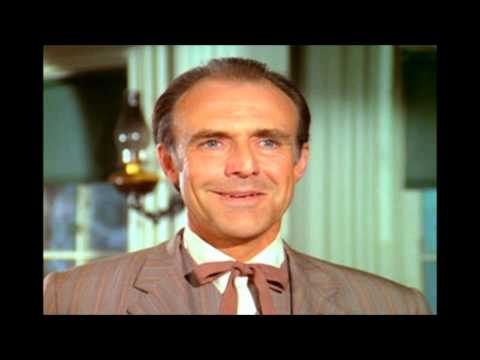 “I respected him, but he was such an introvert, we never got to know each other well,” says Grassle. She recalls the time when she published an article about women’s roles and Bull made a comment that showed how little he knew about her and her passion for women’s rights. According to Grassle, he said, “Who knew she was so deep?” after he heard about the article.

One thing Grassle did know about Bull was that he was an actor who took his work seriously. She describes him as “the quintessential actor—fully prepared, always excellent, with never a moment of friction.”

Grassle also admired Bull’s humility. She says he was like his Little House on the Prairie character. “He had the virtues of modesty and humility, just as Mr. Oleson did, and never made a big deal of himself,” says Grassle. She also notes that he didn’t become involved in on-set politics and kept a “low profile.”

One of Bull’s early roles was in a 1953 episode of the television series Danger titled “Death Is My Neighbor.” In 1956, Bull appeared in two episodes of Medic. That same year, he made his film debut in Full of Life.

From 1964 to 1968, Bull starred in the TV series Voyage to the Bottom of the Sea, in which he played the Seaview Doctor. Some of Bull’s other television roles include Highway to Heaven, Mannix, Mission: Impossible, and The Man from U.N.C.L.E. His final acting role was in the television series Boss in 2011. Bull died in 2014.