The pair first set off dating rumors when they were spotted in West Hollywood, hitting up the Peppermint Club to watch Dave Chapelle before heading over to celeb-fave Nice Guy for dinner. They were seen leaving at 1 AM, so seems like they had a good time? 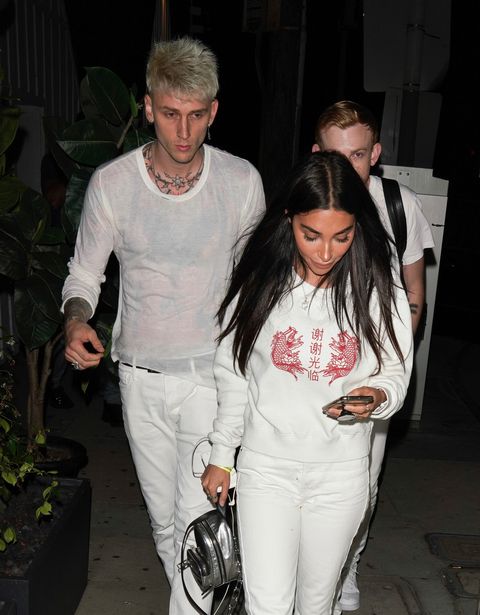 The pair were photographed leaving a Fourth of July party together in Los Angeles, and the vibes seem cute, right?

Machine Gun Kelly has previously been linked to Halsey (though that was just a rumor, fwiw), as well as Amber Rose and Rachel Starr. Meanwhile, Chantel is rumored to have dated Justin Bieber, Logan Paul, Wilmer Valderrama, and Travis Scott.

Honestly, she and Machine Gun Kelly make a cute couple, so let’s all agree to ship them in the laziest most low-commitment way ever.