Louise Minchin, 50, and Dan Walker, 42, presented BBC Breakfast outside of Parliament earlier this week, ahead of Boris Johnson, 55, being named Prime Minister. As the presenting duo basked in the British sunshine, Dan shared a snap of the pair ahead of the show. Sporting a navy blue suit teamed with a white shirt and a red tie, his co-star Louise looked equally chic in a white jacket with smart black trousers. However, the BBC Breakfast host took a cheeky swipe at his colleague as he took aim at her footwear.

Both television hosts were sat behind a table, with Dan wearing a smart pair of brown shoes while Louise opted for a casual alternative.

The BBC favourite was in fact wearing a pair of trainers.

In view of his 571,000 followers, Dan mused: “Morning @louiseminchin rocking the casual footwear.”

Fans flocked to comment on the cheeky jibe, with many saying the pair should be able to present in casual wear due to the scorching temperatures.

One person said: “But trainers?! They’ll be so hot. My feet would cook, I can’t go further than flat strappy sandals at the moment.”

Another person commented: “You can’t wear proper shoes on those kind of chairs, wrecks your heels. #sensiblemove #uncomfortablechairs.” 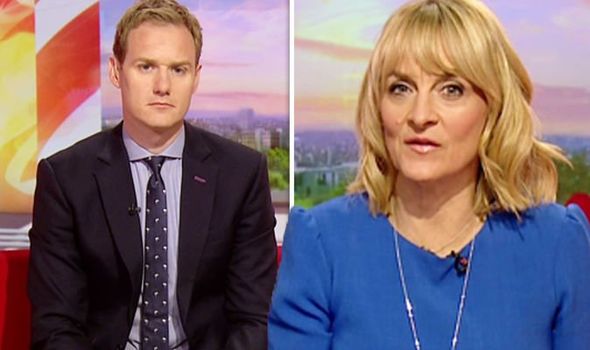 ‪Welcome to Westminster Wednesday. New PM on the way. We are live on #BBCbreakfast. Already 23 degrees here. Might have to sneak some shorts on ☀️‬ ‪Let us know what you think of our new Prime Minister ‬ ‪#BorisJohnson‬

However, it seeming appeared Louise was able to get her own back on her work colleague as she revealed his “new job”.

Taking to Twitter, the BBC Breakfast presenter retweeted a video clip of Dan using a fan to cool her down.

In view of her 159,000 followers, she captioned the post: Excellent fan work, thanks @mrdanwalker, enjoy the sunshine everyone!”

Fans rushed to comment, as one person said: “Think we could all do with a Dan the fan man”. 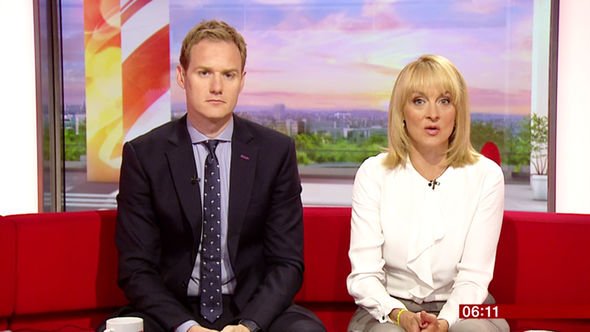 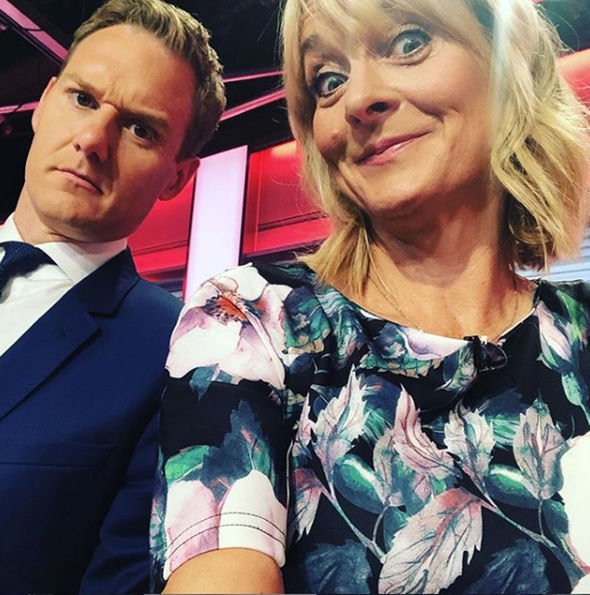 Another person commented: “Always knew Dan was a fan of Louise!! Great job guys as ever.”

While a third person added: “@mrdanwalkeryou are exceptionally good with the fan(s), could you please come to my work tomorrow and do that for me?”

Her cheeky comeback comes after Dan had initially tweeted is new job was to fan his co-star.

The pair regularly engage in back-and-forth banter with one another on the show and online.

BBC Breakfast airs on BBC One from 6am.