Margot Robbie, 31, has undergone a dramatic transformation in her new film, Babylon, that has her looking just like another beloved Hollywood star: Julia Roberts! Margot is currently filming the upcoming flick opposite Brad Pitt in Los Angeles, and in a photo taken on the movie’s set on Sunday (Aug. 22), the two-time Oscar nominee could easily be mistaken for Julia, 53, thanks to her newly-altered red hair. The red locks are obviously temporary for the movie, but boy does Margot look good with her new hair color!

In the on-set photo, Margot can be seen exiting a car while rocking her wavy red hair. She also had on a black robe that covered a red dress and opted for black stiletto heels for her footwear. The I, Tonya star was holding a beverage and looked ready to get to work. 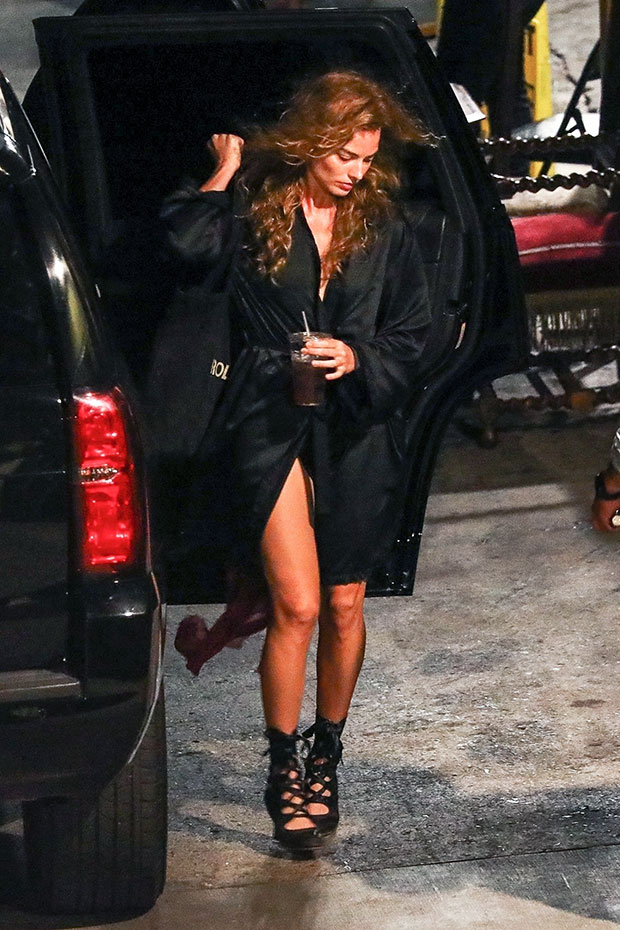 These are not the first on-set photos from Babylon to be released. On Wednesday, Brad was seen sporting a half-unbuttoned shirt and black suspenders while hard at work on the movie. The hunky Oscar winner also paired the look with dark sunglasses and black trousers with his hair slicked back.

Both Margot and Brad have a spectacular line-up of movies in the works. To start, Margot is slated to star in the live-action Barbie film directs by Greta Gerwig, and in David O. Russell‘s still-untitled upcoming period comedy. Meanwhile, Brad has The Lost City Of D with Sandra Bullock and Channing Tatum, and Bullet Train with Joey King and Michael Shannon, both coming out in 2022. It’s an exciting time to be fans of both of these A-list stars!