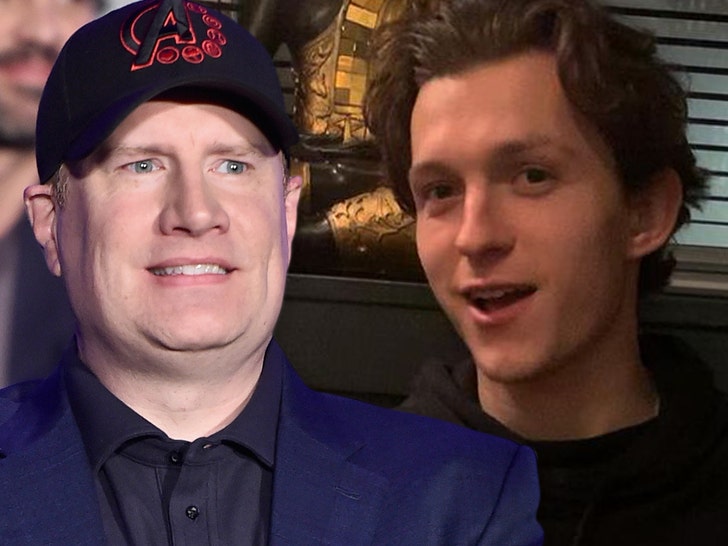 Marvel is putting Spider-Man fans at ease in the wake of their latest movie — which leaves Tom Holland‘s future as the teen hero uncertain — confirming … nope, the story ain’t over!

MCU Prez Kevin Feige got the word out early this week to the NYT, this during an interview alongside key Sony producer Amy Pascal — who oversees all things Spidey for them … as the two studios kinda share the rights to the comic book character at the moment.

On both fronts, they assured everyone … yes, they’re already working on a sequel to ‘No Way Home’ — which presumably means Holland’s along for the ride too.

When asked if Pascal spoke too soon last month — when she prematurely revealed TH would be starring in a whole new trilogy — she said, “We’re producers, so we always believe everything will work out,” adding she hopes the Marvel partnership lasts “forever.”

KF was a bit more direct about what was happening next … “Amy and I and Disney and Sony are talking about — yes, we’re actively beginning to develop where the story heads next, which I only say outright because I don’t want fans to go through any separation trauma like what happened after ‘Far From Home.’ That will not be occurring this time.”

That’s pretty big news, but not at all surprising … seeing how ‘NWH’ whooped ass at the box office this weekend, on its way to grossing around $250M in its first few days in theaters.

No question … there was going to be a sequel eventually, but what Kev and Amy here seem to be implying is that they’re going to continue the Holland storyline — which is major …  considering what happens at the end of his latest adventure.

As you probably know by know, the dude forges on as Spider-Man by himself — no longer having Aunt May by his side … and not even MJ or his pal, Ned. May dies, and the latter have their memories wiped about who he is/was completely (thanks to Dr. Strange) … something Peter opts to do to avoid putting them in any more danger.

In other words, the guy’s single again and all on his own. And, if they continue with Holland as the lead … it’s almost like everything that happened in the previous 3 movies is wiped clean … and they can start fresh again with new romantic interests, bad guys, etc.

Of course, if they continue with Holland … they could also bring Zendaya back easily and work her into the story. Still … it felt like they were closing the book on her in ‘NWH’ — and might wanna go in a new direction. In any case, that new Spidey suit at the end might have bigger implications than just a simple costume change. Also … this post contains spoilers!