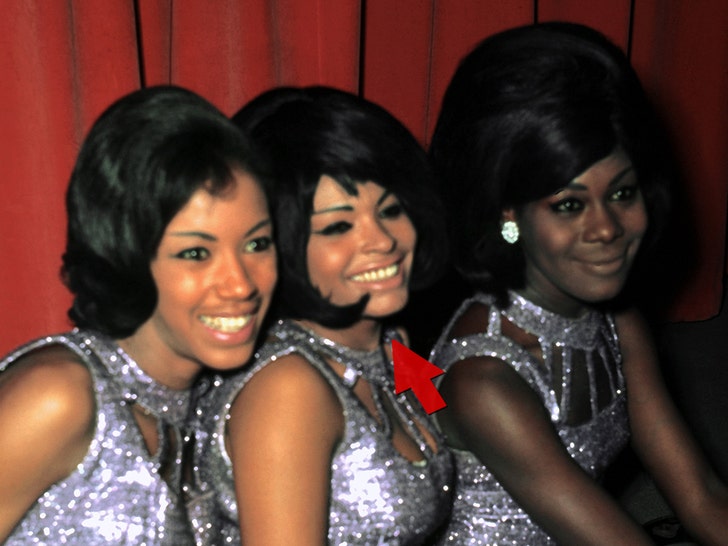 Wanda Young — one of the few remaining members of The Marvelettes — has died.

The legendary singer’s daughter, Meta Ventress, confirmed the news to the New York Times Saturday — saying her mother had passed almost two weeks ago, on Dec. 15, in Garden City, MI as a result of complications from chronic obstructive pulmonary disease.

Young came aboard the Marvelettes just in time for them to sign their first record deal with Motown … and actually went on to be the Marveletttes’ lead singer in their later years, after the departure of some members. Long story short, she was there from the beginning.

Of course, she contributed to their 1961 hit, “Pleases Mr. Postman” — which became a no. 1 chart-topper for Berry Gordy big picture … not to mention the first smash hit recorded by an all female group. In other words, WY and co. helped put Motown on the map.

‘Please Mr. Postman’ went on to be covered by countless bands and acts, most famously by The Beatles … who made it a hit anew during their heyday in the ’60s. BTW, the B-side to that record by the Marvelettes was ‘So Long, Baby,’ with Young on lead vocals.

While singing co-lead through their peak, Young helped crank out famous tunes like “Locking Up My Heart” and “Too Many Fish in the Sea” … and, eventually, she led the way with hits like “I’ll Keep Holding On” “Don’t Mess with Bill,” “The Hunter Gets Captured by the Game,” “When You’re Young and In Love” and “My Baby Must Be a Magician” … among others.

Young finally left the Marvelettes in 1969, and tried her hand at a solo career with varying success through the early ’70s. Eventually, she left music altogether … and lived a relatively private life.

She’s survived by her three children, several grandchildren and a great-grandchild, plus brothers and sisters. She was 78.