Meek Mill is a man of many hats.

The rapper and criminal justice advocate, 32, revealed to Business Insider Wednesday that he is now the proud co-owner of Lids, a sports apparel retailer that sells everything from hats to jerseys.

“I’ve been shopping at Lids my whole life, wearing hats, fitteds,” Meek told the outlet. “In our culture, it’s been a big thing. So, it was something I ain’t have to think twice about and always believed in, that it’ll work.”

Meek will lead the company’s creative strategy, with plans to drop a line of limited-edition hats in August, around the same time he’s scheduled to kick off his Legendary Nights Tour with Future.

“Shoutout @lids, excited to be a part of the family no cap,” Meek tweeted Wednesday alongside a blue hat emoji. Lids added, “Welcome to the team.”

Meek said his business move was influenced by Jay-Z, who was named the first hip-hop billionaire by Forbes earlier this month thanks to his lucrative ventures.

“(Jay-Z) built businesses, and he built things that made him become the man who he is, that we could call a billionaire guy,” Meek said. “I watched that, and I studied that. That’s why I’m working the way I’m working now to build a foundation for myself, too.” 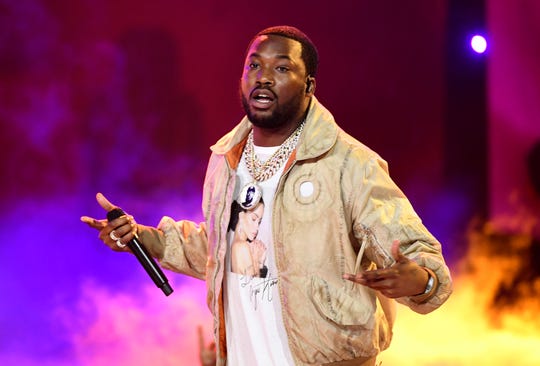